Nirali Kartik and her Maati Baani band who gave a performance at Natarani on Sunday, November 4, 2018, is visibly on the crest of success they have achieved in taking Indian music abroad in an original style with an appeal to many. She has a strikingly evocative trained voice with the capacity to flow in a wide range, break into controlled enchanting alaaps and taans from time to time and to delectably remain in sync with a strong rhythm on the drums, accompanied by the Guitar (Kartik) and the Saxophone (Madhav), so slickly that it can get even the uninitiated to be on their feet and do a jig. 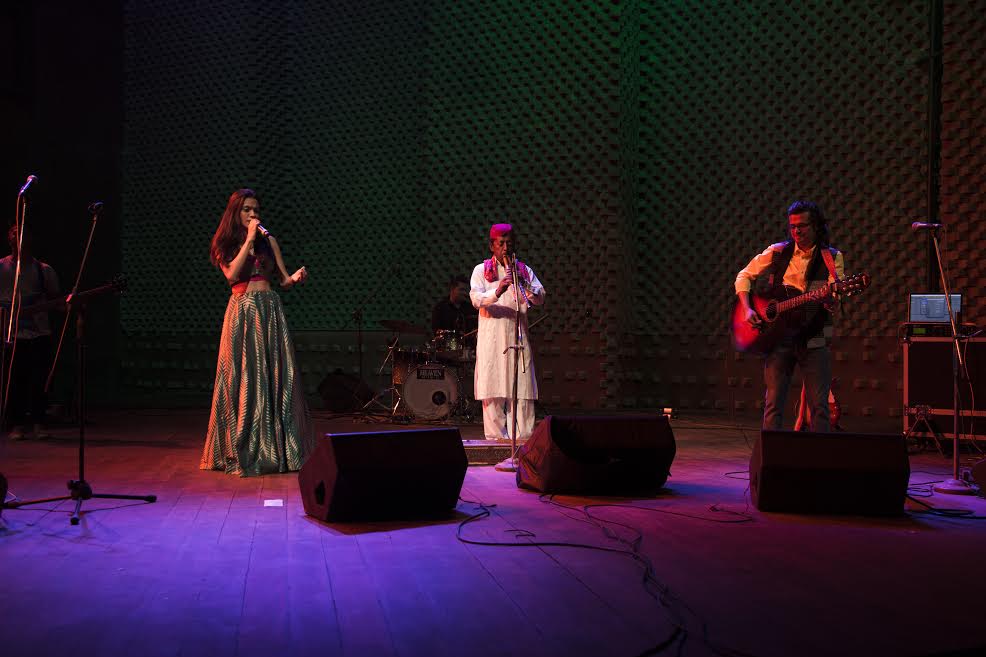 Maati Baani means the language of the soil with its permeating fragrance. The band presents a mix of Indian classical, semi-classical and folk music with poetry and indigenous life philosophy integral to it. It takes Maati Baani songs across the world seeking to explore outcomes when placed within the lifestyle and culture of a different land with collaborating inputs from the music of the land that Nirali and Kartik selected through the internet. The compositions thus created, in which folk musicians of India as well participate, are performed at public places in other countries and find appreciation.

Nirali (Vocal) and Kartik, both from Ahmedabad and now making waves, have a sensitive antenna to capture harmonizing musical sounds from all around locally and abroad. Nirali’s singing in the significant Maati Baani format on YouTube, distinctively different, leaves discerning listeners spellbound. Hiye kaya mein bartan maatinu-n… is a gem of a composition in which along with a folk singer she sings to notes from the Jodia Pawa and the Guitar, Kabir’s lines in a quiet village ambience. There is a flitting moment of realization, as much for her as for the listeners, of being spot on in the search for getting to the core of the saint’s pithy philosophic communication when, eyes closed and face glowing, she touchingly renders the refrain with an improvised soothing alaap. She has this and many other such sweet compositions as Bundana bundana… and Lagana laagi re … 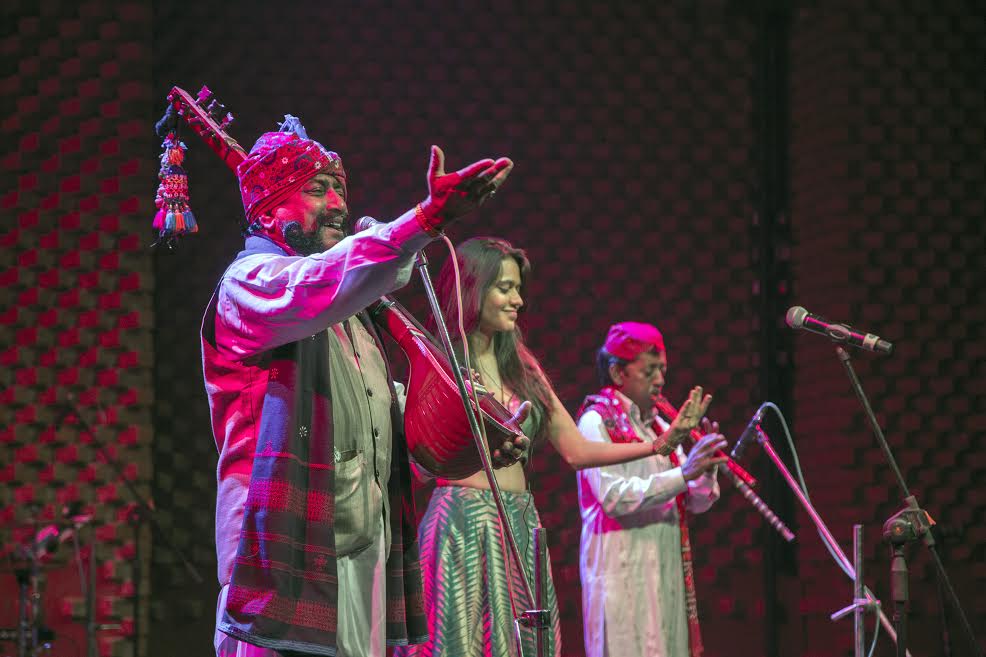 Uncharacteristically for Maati Baani, their performance at Natarani, predominantly strong and loud in its rhythm, gave young listeners a rocking time. Aroused by an atmosphere of heavy rhythm, built particularly on percussion (Avinash) and strings, and invited by the vocalist, never still on her feet, they danced – an improvised variety of Bharatanatyam, Kathak, Rock, folk, ‘contemporary’, what have you. Almost imperceptibly even the two folk musicians, the mustachioed singer Muralala and modest jodia pawa player Noor Mohammad from Kuchchh, brought a gentle sway to their gait a couple of times! The vocalist’s lines, sweetly varied in their rendering and pretty significant in meaning, got drowned most of the time. A loud and rustic Vah! Vah, Kabir Saa’b for Kabir didn’t go well with his iconic dignity. And, ever heard the regal Raag Darbari to frenzied beats on the drums?!

Back to the serenity and stirring appeal of Maati Baani on YouTube. I invested as much time on it as did I spend at the performance to make up for what I had missed.