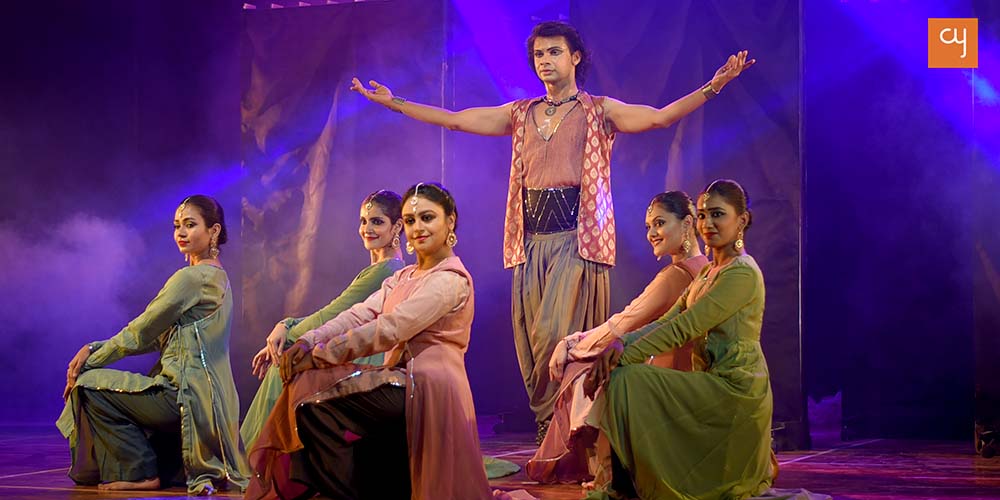 ‘We look at ourselves,’ Ishira Parikh and Maulik Shah, once observed in an interview, ‘as a bridge between the past and the future. Their disciple Kadam Parikh’s maiden dance production Illusion at the Abhivyakti festival of arts at KCG on Thursday demonstrated that at Anart Foundation they not only teach Kathak, they also influence their disciples’ approach to its practice. Within the framework of traditional Kathak he has so well developed his theme in the production that the predominantly young audience was quick to identify with it and give a rousing response to the performance from time to time and at the end. 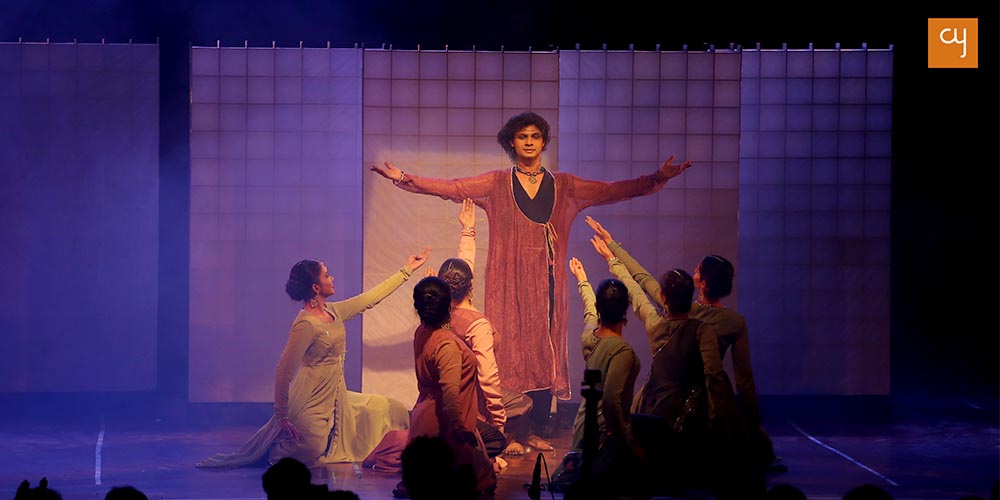 During formative years, a young person has dreams and desires, a soch, a khwahish. Kadam gives form to these flitting abstract ideas through the medium of dance. Screens slide in from behind which female dancers’ faces pop out the way ideas pop into the head. Then they step out, mingle with him and dance only to disappear in a short while leaving him wonderstruck. When described, this sounds simple but integral to the performance it has an electrifying effect. The way ideas pop up in the mind of the young man, guesses keep popping in the minds of the viewers as to the meaning of it all. 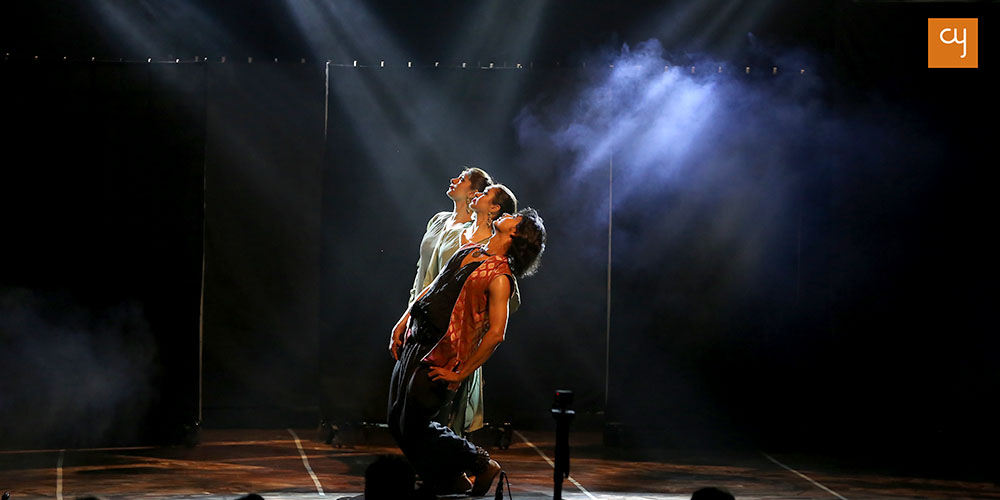 An illusion of multiple images from behind five to six screens, dancers (Raina, Naisargi, Priyanka, Yesha, Aayushi, Hemakshi) appearing real and yet supposed to be formless in their dreamy attire (Anuvi  Desai) and pretty visages with music (Nishant Mehta) and lights (Parth Raval) playing their roles looked magical. In fact, like a literary piece the dance piece prompts another possible interpretation. The images signify the talented young man’s exploration of his calling. He aspires to dedicate his life to a fulfilling pursuit. There are diverse claims. Finally he settles for one – possibly dance – and he seems happy about it judging by the concluding joyous group dance. 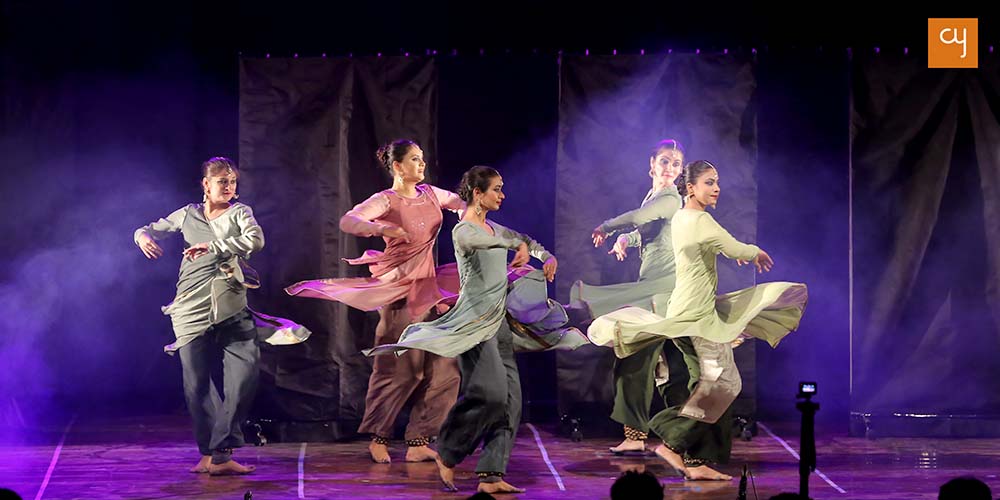 With Bhargav Trivedi’s sparse text and Anuj Anjaria’s set design, it is the presentation that comes to life with all its components integrally contributing to it. It takes off on a lyrical note : Sochata hu-n jo sochata hu-n wo kar paau-n to! (‘How nice if I could do all I think of!’) It was exhilarating to see young viewers on wings of tender imagination as well. They related to the unseen but familiar world unfolding before them. How they have wished it themselves : Mere ishaaro pe sab kuchh ho jaaye! (‘How I wish everything took shape as I bade it to!’) 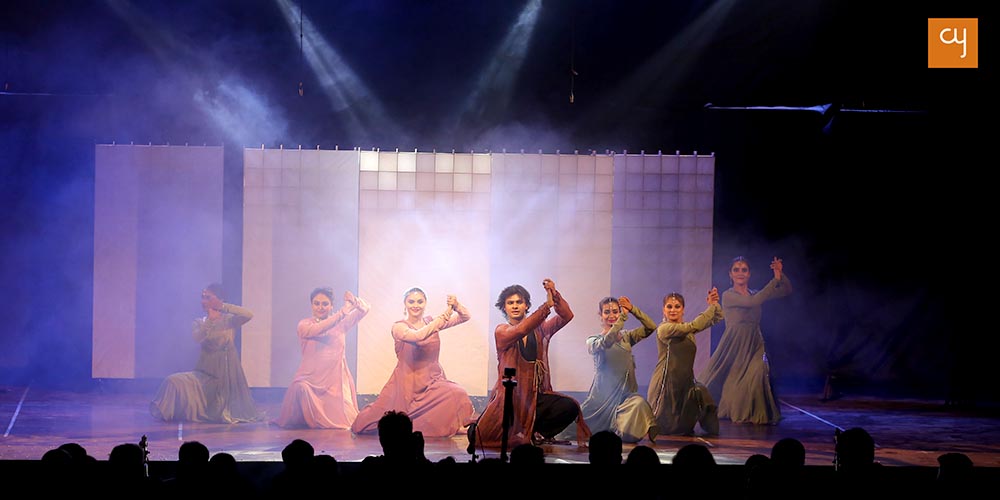 The eminent Kathak duo Ishira-Maulik’s disciples, following in their footsteps, were seen attempting to be a bridge between the tradition and contemporary sensibility. The performance was at two levels. At the level of the traditional dance form, they didn’t need to take any liberty with it. Their gurus’ nod in affirmation from the audience confirmed it. The other level with the screens and even lights on a small squared backdrop dancing complemented but never interfered with the development of the theme.