Harry Potter and the Cursed Child: To old memories and new beginnings! 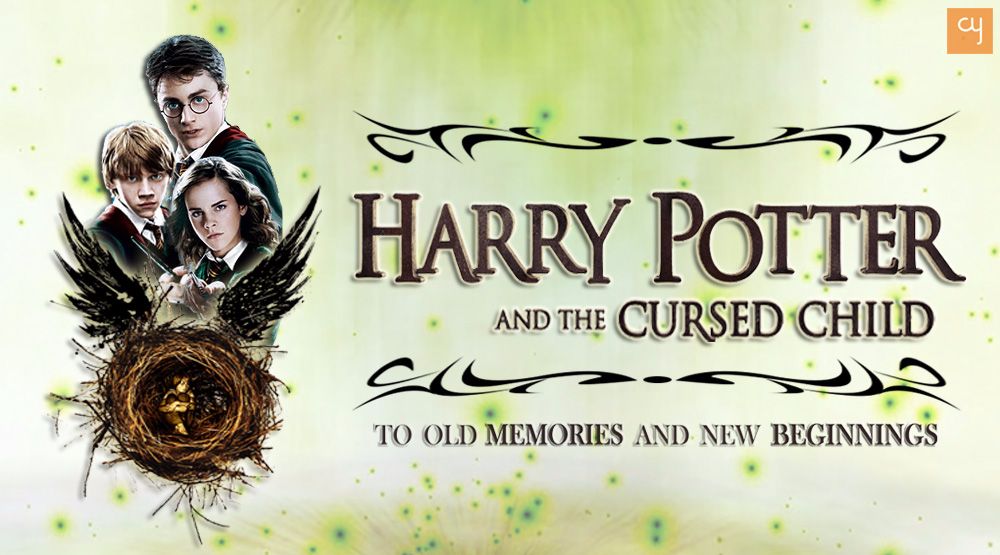 Harry Potter is in London exactly standing on Platform 9 ¾ at King’s Cross Station with wife Ginny Weasley and their 3 offspring — James, Albus Severus and Lily – somewhere exactly where he left us in the last book about a decade ago (Yes! It’s been a decade). In the chapter titled “Nineteen Years Later,” It’s not Harry, but James going back to Hogwarts for his second year. But more importantly, it is Albus’s first year at Hogwarts. 11-year-old James is worried about not getting so lucky with the sorting Hat and may slip into Slytherin; more so because he too feels the pressure to be in Gryffindor, like his parents. Harry Potter and the Cursed Child, JK Rowling’s eight magical legends, is a theatrical play – and mind you we are not complaining. Not only does this book co-authored by Rowling, John Tiffany and Jack Thorne for a production feel fresh, but it also moves away in many ways from the established storytelling of the Potter-Sevens.

We are reintroduced to the World of Magic with some quick revelations! Harry is now the Head of Magical Law Enforcement. Hermione Granger is the Minister of Magic (Who ever doubted her potential?) and her husband Ron Weasley continues to run the Wizard Wheezes – the crazy joke shop – started by his mischievous brothers Fred and George.

But the heart of the story lies in the strained relationship between Harry and his second son Albus Severus – this hot and cold in many ways reminds one of the relationships Harry shared with both Albus Dumbledore and Severus Snape. Time has passed, but the internal conflicts and doubts remain. The lineage and the greatness of his family’s name is a terrible burden for Albus Severus. He is most unlike his celebrity father. Sorted into Slytherin House in cruel joke of fate, terrible at Quidditch and studies, and practically estranged from his siblings and cousins, all of whom are predictably and competitively Gryffindor, here Albus Severus is forming a friendship with Draco’s child, Scorpious. And the series of adverse events take place when a Time-Turner is seized from an ex-Death Eater, taking them back to the gloomiest days of the magical universe. The past casts long shadows. There is the more obvious guilt for the ones lost, and a deeper sort of ‘unnamable sorrow at the death of innocence’. But trying to overcome it in the complexities of a busy life is no solution at all. A true Potter fan will continue to be amazed at the vast silences that nestle between the splendid and extremely organic narrative arcs, that this book also embodies like her predecessors. But read exclusively as the script, instead of its heart throbbing narrative style of storytelling on love and sacrifice, does have its flaws.

The darkness is meaty and densely complicated. And it many ways is challenging to a generation like ours that has reduced itself to short cuts. Don’t get me wrong! There is a lot of magic, but there is reality too and that’s what set this book apart. Lets get enchanted again!

Also read: Fantastic Beasts and Where to Find them : whats in it?