It was a cherished Jazz experience at Natarani 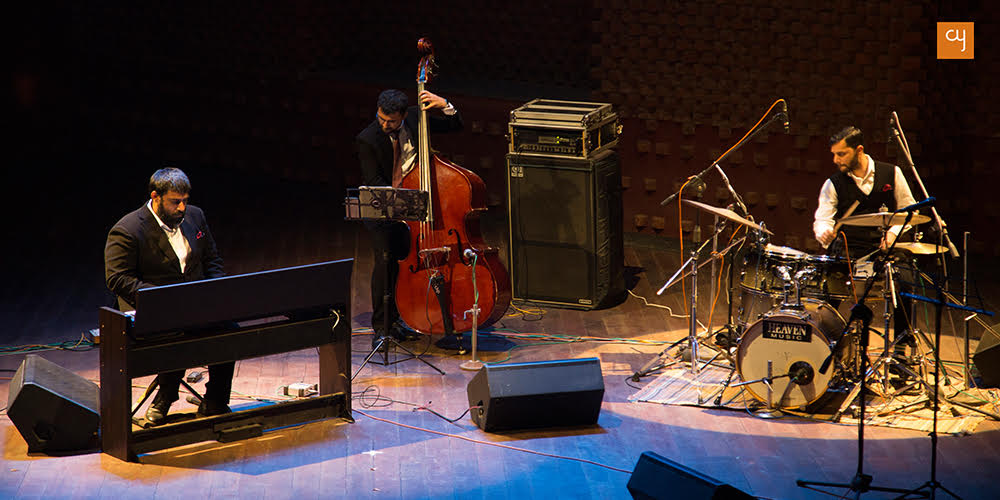 For the first time in Ahmedabad, NCPA Jazz Collective pianist ‘Paddy’ seemed wary initially at Natarani last Saturday of the city’s taste for Jazz. The way the listeners appreciated the concert must have left them all agreeably surprised and pretty satisfied. Towards the end when they were doing the Cuban Rumba, complex in its varied strong beats, and the instrumental score had already ushered in the melody, for the first time rather alien in accent, the lights went off – there was a power failure in the area for ten minutes or so. The listeners did not move and gave them an experience of performing in the dark with lights from their mobiles gently dancing. Power was restored and the audience wanted them to go ahead with the concert.

The initial number on their instruments the trio of Abhinav Khokhar on the Bass, Saurav Ghosh on the Drums and Paddy on the Piano performed, gradually rising in tempo, held out promise for the city’s Jazz lovers who had turned up in a good number. Intense and passionate, each member of the band without theatricals demonstrated his individual prowess and at the same time collectively they produced the harmony expected in a jazz performance. The listeners matched the low key mood on the stage with a perceptively appreciative gentle response. 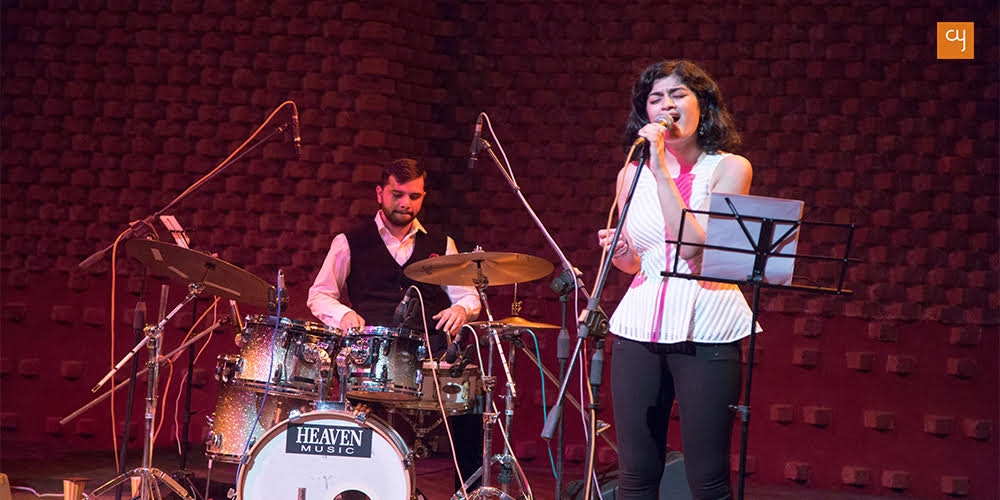 When Aditii Malhotra walked in and started singing her first melody with the sonority of voice perfectly matching her visible elegance, the listeners felt assured Natarani had them in for a musical evening that would leave a pleasingly lasting impression. She chose to sing standing in front of a mike, and sing a song recapturing a blue mood and a night spent in solitude. The piano, the bass and the drums even when played between the lyrical lines paid a tribute, by growing softer, to the mood they savoured. ‘Our sweetest songs,’ it came to mind, ‘are those that tell of saddest thought.’

The young vocalist put her heart into the clearly rendered lilting lines celebrating youthful romance. She sang of intensely personal moments in ‘I didn’t know what time it was …’, originally from a Broadway musical, later beautifully rendered also by Doris Day seventy years ago. The best among the songs she sang was ‘Skylark’, another old time American hit, highly evocative and giving scope to her full range and with its theme exciting the listener’s imagination. At the venue open to the sky, the song had an appeal particularly when the bass tunes matched the idea of soaring high and of universally felt longing. By sheer association, many in the audience must have been reminded of the lofty images of the Skylark created by the romantic English poet quoted earlier, calling it a ‘blithe spirit’. 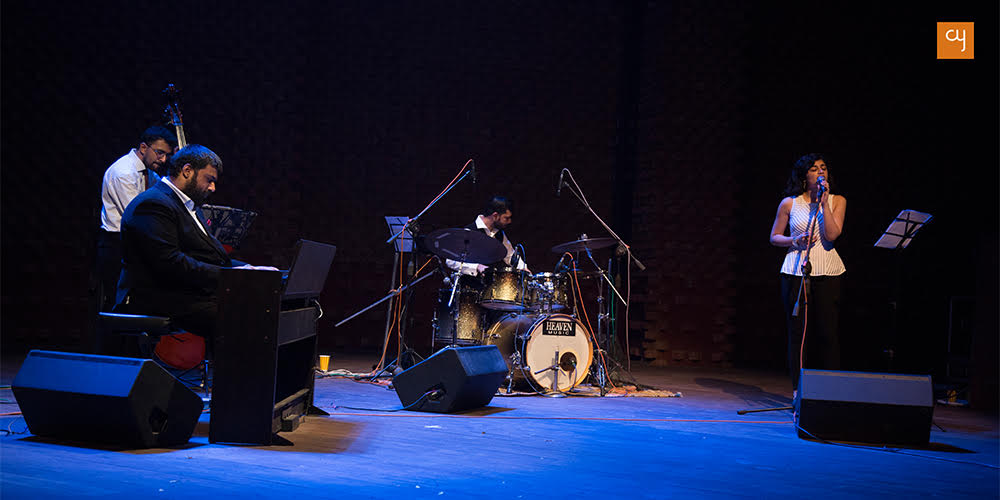 Appearing almost shy, the pretty vocalist with a ringing voice never, except once when Mallika mentioned her from the last row, looked at the audience and kept singing, eyes lowered, quietly interacting with the trio, who at times spontaneously gave a taste of improvisation. This graceful inhibition seemed to be adding to the charm of listening that pleasing evening.