Breathing the Past in Present 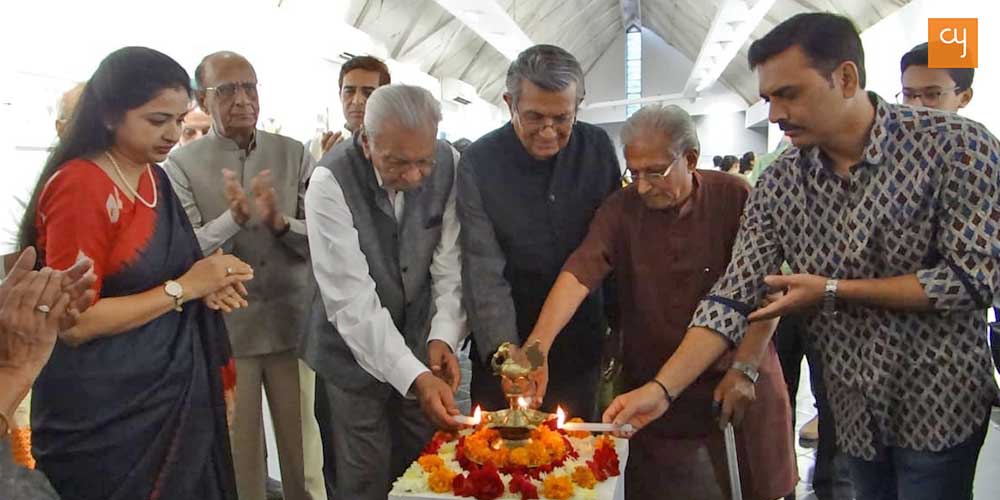 While the World Heritage Week ended on Monday, the Heritage talk, walk and watch haven’t. This was evidenced at local artist Aarti Patel’s show of her watercolour paintings Breathing The Past which captures the essence of the old Ahmedabad in its myriad forms and settings. Living aptly up to its name while also opening a window on the city in the present derived from its glorious past, this show was opened on Tuesday by artists Amit Ambalal, Natu Parekh and Natu Mistry at The Gallery in Amdavad ni Gufa premises.

Comprising of thirty-eight ‘cool’ works for their predominant hues of blue, the show is the third solo for the artist who has earlier participated in local group shows. Aarti has in fact also managed the exhibition of her works through selection by entries in the group shows of the Kosovo, Malaysia and India chapters of The International Water Colour Society; of All India Fine Arts and Crafts Society (AIFACS), New Delhi and Gujarat Lalit Kala Academy on different occasions through the years 2011 till 2019.

Starting to paint as a hobbyist with any available media, Aarti, essentially a home manager has grown to become a water colour loyalist and has been able to find a definitive expression in the medium in keeping with her instincts, thanks to some meaningful mentoring and guidance by four water colour artists, veterans Natu Parikh, Natu Mistry – who is also known for his work about and around the city in the medium – Bhavesh Jhala and Sukhlal Kankaria. It was mostly Jhala who seemed to move her towards anchoring her works around streetscape and urban locales and that led to Aarti finding her niche soon and possibly for long. 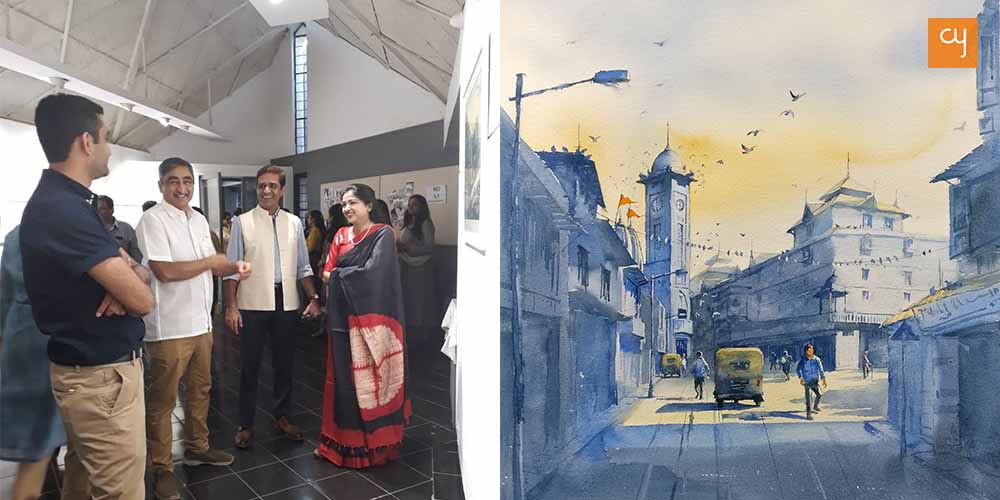 “Water colours give me patience, happiness and peace; it’s is a form of meditation which calms my mind and I can’t imagine my life without art” says Aarti’s introductory note on the invite. Truly so, the expressive and speaking quality of her works on show, which have the locales, streetscapes and built a heritage of the walled city show up prominently as recurring themes with its darwajas, chabutaras, havelis, temples, et al. She plays with light and shade in her repertoire on show and places all the incumbent, allied and peripheral elements with a keen sense of order and proportion while all of this tends to acquire a contagious quality for creating the same calming effect on the beholders, more so with the ample use of blue in these works followed by golden which shifts the impact on the other side.

Works like Stable Against Time, Living With the Heritage, Door to Divinity, Narrow Lanes, Walled Existence, etc relate to and portray the typical characteristics of street layout, built heritage and architecture inspired as they are from the known and identifiable landmarks of the city. Other works like Morning Glory, Energetic Morning, Morning Prayers, Sunny Start, Golden Sunshine, Midday Vibes, Highlight of the Day, Gloomy Day, Cloudy Day, etc emanate from the artist’s visual imagery about different time-zones of the day as seen and experienced in a typical pol or street of the city; as also from moods on given days that change from energetic and cheerful to gloomy and melancholy in the afternoons, whereby you find a certain chronology, growth and evolution from one to another and a definite connectedness of city life in most of the works displayed at the show by Aarti. 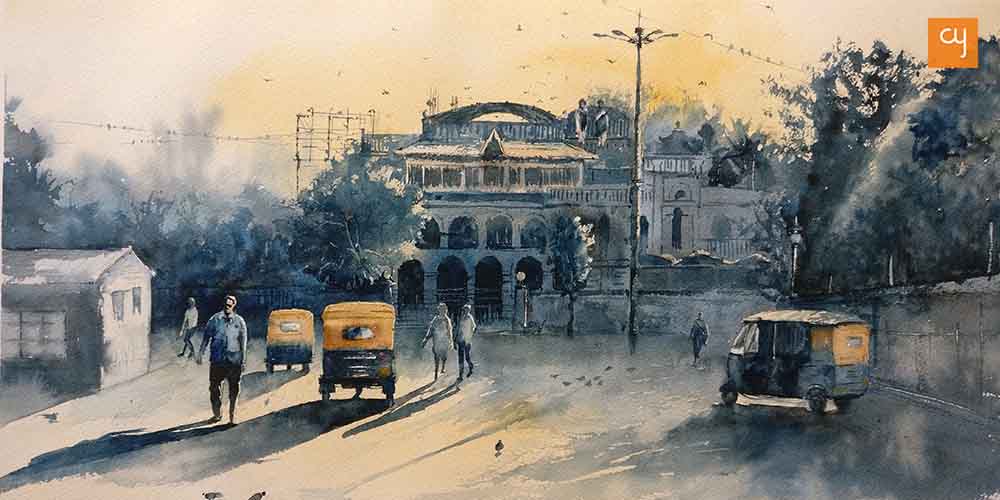 The works displayed in the show not only put you in the thick of the city culture and environment but also give you the typical feel of what watercolours on paper or handmade paper can do to visual aesthetics, more of it on the transparent and luminous side in this case. A series of soft, soothing and relatable works with what becomes familiar content and eventually an impressive show; this is on till December 01 between 4 and 8 pm.