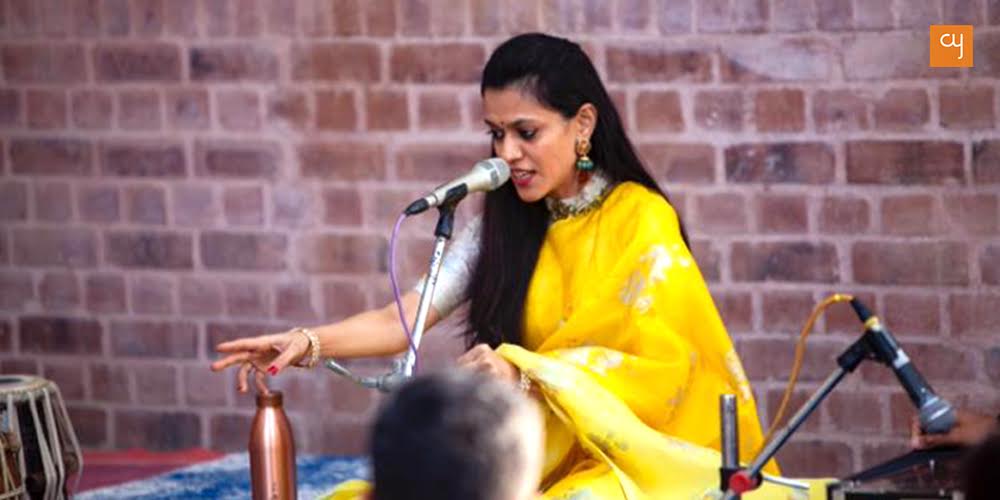 When at her best, young and ebullient vocalist Nirali Kartik can move listeners with songs of the soil and soothe the mind getting one with the core of a classical raga. Enigmatically when she turns to an overtly entertaining format she rocks, as they say, a different bunch of effervescent listeners. Her ninety-minute Bhor Bhayee concert at 7 am, first in Plaza Music Series at Natarani, on Sunday enhanced her identity as a vocalist. It could have been an hour earlier, closer to the dawn yet breaking with the ambience cooler on a day the temperature was to shoot up to nearly 43.

The voice from a pleasing visage however with the budding leaves on the trees above and alongside and the joyous notes of birds on them reminding the listeners sitting on gaddi seats of Vasant created an experience of a sangeet baithak that was like turning over a new leaf in the art activities being offered at Darpana Academy. True to the irresistible subdued romantic spirit of the season, celebrated as much by poets and musicians as by artists and film-makers, Nirali chose to evoke it with Alabela sajana aayo re… in Ahir Bhairav after establishing the nayika as a modest dasi janam janam ki to the all-pervading invisible universal spirit enveloping us all. A sense of celebration in lines like mangala chowk puravo could be felt rendered in the open space with artistic vibrations open to the sky. 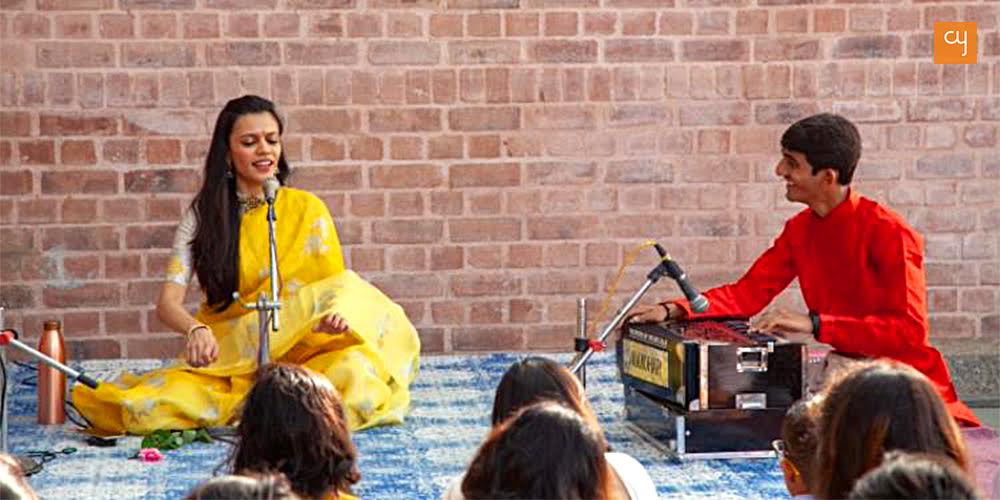 This evocation could not have been done so effectively in a flamboyant style of rendering. The Nirali that emerged here, as she does in Maati Baani songs, is a mature vocalist, precociously so at her age, who prefers suggestion to exhibitionism. Rarely raising eyes to the listeners, who intently listened to her, some of them eyes closed, she remained anchored by the notes rising from within. To a plan she gave space to the two young accompanists (Sapan Anjaria on the tabla, Akash Joshi on Harmonium) right and left who again to a plan remained absolutely soft and audible like only the notes of the birds above. Their contribution to the harmony was acknowledged by the vocalist with a smile and the listeners with a gentle clap.

Nirali has a gift and training of voice which she uses with taste in her presentation. She sustained this engaging blend in Raag Lalit she turned to next with the compositions Ratanaa re naina mein and Jogiya mere ghar aaye. She concluded the concert with a short Hori, Sakal Brij dhoom. Among the cherished moments she created were when she drew and held notes in the mandra saptak and gradually raised them as in a steadily rising flame to the upper octave without making it appear a big deal in doing so besides rendering her characteristic taans. She appeared to put her soul into the recitation. 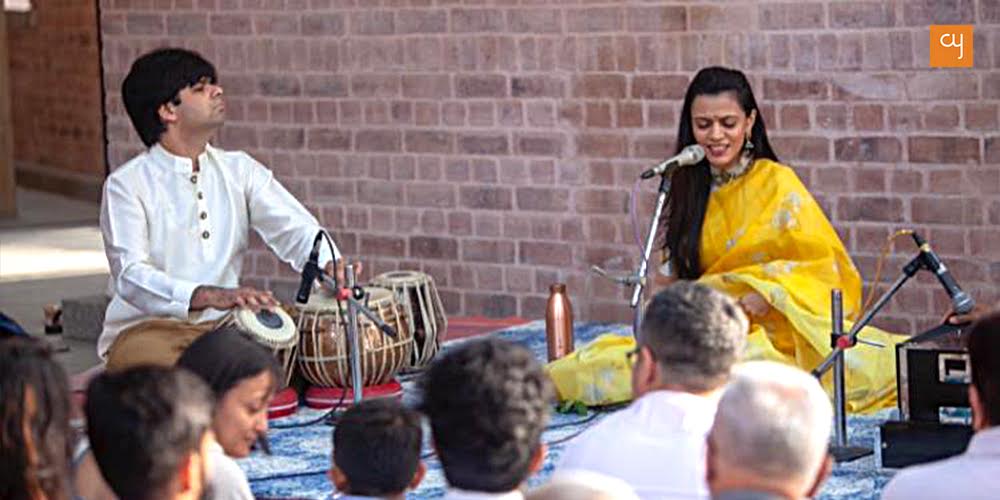 The beauty of classical music is that there is always a higher attainment possible. In the vocalist’s humility, this possibility of a higher ascent was reflected. The number of listeners for this rare morning music concert, most of them relatively young, had risen pretty close to two hundred, the full capacity, by the end. No one seemed to have left early and everyone was seen returning with the satisfaction of having had a fresh morning experience.