From experimenting with teenage post-punk to Johnny Cash vibes, the English rock band Arctic Monkeys has come a long way in the history of Rock ‘n’ Roll. The BRIT award-winning band that made the beverage of dandelion and burdock famous with their song Suck It and See, just released its sixth studio album Tranquility Base Hotel & Casino on May 11, 2018 – a compilation of 11 tracks with quirky names.

Expectations from the new album have been quite high and, sadly, many fans have been disappointed. But I feel that only those fans who started listening to Arctic Monkeys after their 2013 album AM, are the ones feeling sad. People who have heard the previous albums of Arctic Monkeys, and are familiar with lead singer Alex Turner’s compositions with the supergroup band The Last Shadow Puppets, will agree with me when I say that their music is evolving.

If you listen to Arctic Monkey’s new album carefully, each song will give you a tinge of the music of The Last Shadow Puppets. Alex confessed to NME that he gets a strong sense of the lyrics of Whatever People Say I Am, That’s What I’m Not in the band’s new album. He also admitted that he determined that he had to stop singing about love, with this album. Now that’s a solid reason to listen to Arctic Monkeys’ new album.

In actuality, the album seems like a mixture of all the five albums that Arctic Monkeys has released till date, and this is what makes the latest album all the more fun. 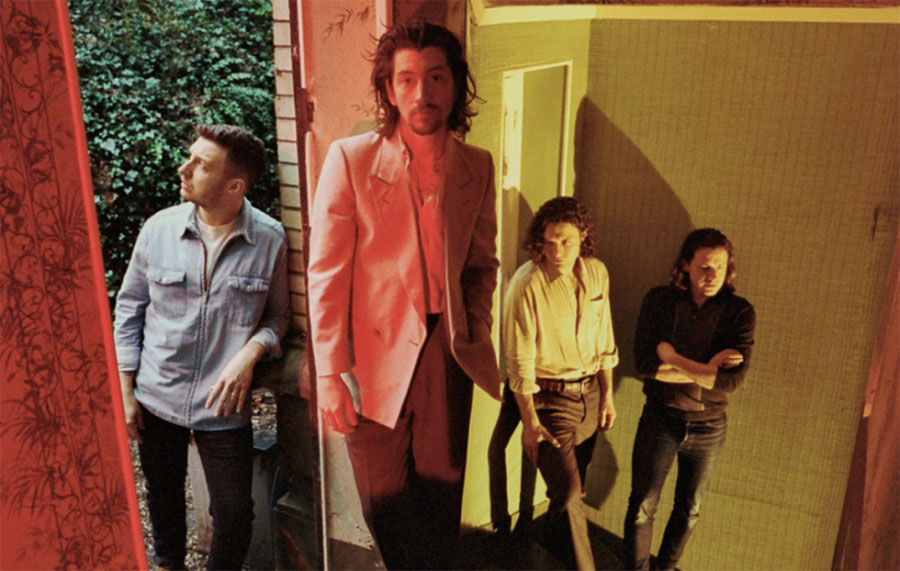 Here’s a review of all the songs on the band’s 2018 albumTranquility Base Hotel & Casino:

The best part of this song is the way in which lead singer Alex Turner has dedicated the song’s first line to the band The Strokes, expressing that he wished to be part of the band. The song reminds me of Arctic Monkeys’No.1 Party Anthem from their album AM. It’s worth noticing the way in which Alex has given the song a similar calm yet wild effect, with his voice and music.

The lyrics to this song are very interesting and it’s my suggestion that you hear it with total concentration. The song is like an experiment. And trust me, Alex Turner succeeds in it. In short, One Point Perspective is a crisp song with hard-hitting words.

American Sports is one intense song. Talking about the state of the Earth, the song seems to express how the chaos on the planet makes Alex explode. The music of the song is unique and not similar to any of the previous works of the band. This is what makes this song even more fascinating.

This is the best song on the album and will remind you of summers and romance. It also somehow gives you the kind of goosebumps that you might have experienced while listening toHotel California by Eagles. There are many mixed feelings in this one song, but I bet that you’ll end up dancing to it.

This song is average in comparison to all the other songs on the album. The lyrics and the music both went over my head. But I appreciate how Alex has sung the song in a manner reminiscent of Bohemian Rhapsody. So this song is a bit of Queen with the twist of Arctic Monkeys.

This is the second-best song on the album and it seals the deal for me. The song will transport you back to Frank Sintara’s era. It is a combination of both the jazz and rock genres, which makes it the perfect song to hear in a pub while sipping on bourbon. It’s beautiful, really beautiful.

This is one incredibly interesting song on the album that talks about Latinas and monster trucks and is quite similar to the song Cornerstone from their previous album Humbug. The title is quite funny and unusual for a song, but the lyrics have been composed in Alex’s signature style.

There is something about this album that makes all the songs suddenly start sounding the same such that, somewhere, one of the songs gets easily ignored. This is the area in which Science Fiction falls. The monotonous overall tone of the album doesn’t help me see this stand out as a particularly good song.

The riff in this song is what stole my heart. Executed in such a tremendous manner, the song is fun, just like its title. Its lyrics and music have both been arranged in the band’s old style.

The only song that I really disliked on this album is Batphone. While its lyrics are fine, its music is awful.

The best thing about this song is that it will remind you of the Arctic Monkeys’ song Only One Who Knows from their album Favourite Worst Nightmare, which will invariably send you off on a trip through nostalgia. Like many other songs on the album, this one will surely remind you of the old Arctic Monkeys. With wonderful lyrics and a wonderful drum beat, the song is a total package.

In all, the album Tranquility Base Hotel & Casino is like a bittersweet symphony. You will be disappointed, but you will still love the Arctic Monkeys. You will feel nostalgic, but you will also appreciate this new experience. It’s not even an experiment; it’s more like an evolution of the music of Arctic Monkeys.