The antihero turns into an endearing hero in Zindagi Aur Jonk 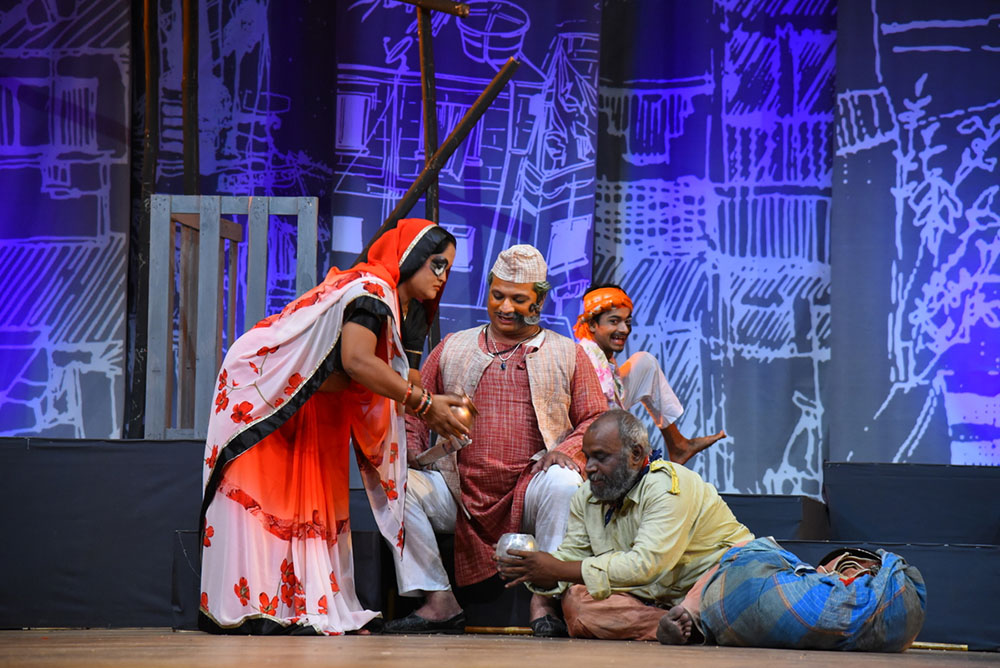 God said, ‘Let there be light’, and the first rays of light spread in the universe making all its beauty visible. Bansi Kaul said, ‘Let there be light,’ and there was light on a small world inhabited by people like you and me, lively with their strengths and weaknesses. Towering over them is a most unlikely person, a beggar who smells repulsive to all – the scum of their decent world. On the penultimate day of the Theatre Olympics, Ahmedabad came from Bhopal this director with a bunch of Rang Vidushaks who agreeably surprised viewers with the portrayal of an antihero turning into an endearing hero in Zindagi Aur Jonk.

The 90-minute play springs to life right from the word go. The small ‘decent’ urban world with a jungle of skyscrapers in the backdrop in no time gets peopled with recognizable representative characters, reminding you of those in one of Sai Paranjape’s film, and the central character running about in it. Initially, he is a suspect and everyone takes delight in heavily beating the stocky nincompoop into shape. He not only remains uncomplaining, he becomes a helping hand to housewives in all possible ways, endears himself and earns the name Rajua. 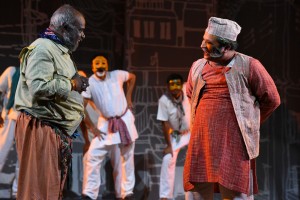 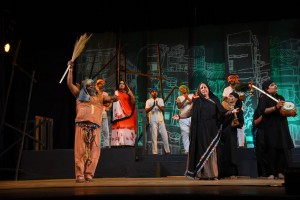 The inspiring source in the form of a text is the story with the same title written by Hindi writer Amarkant, felicitated with the Gnanpeeth Award. As is his wont he creates Rajua’s genial character, otherwise born to languish in the dark despite his positive outlook to life. Actor Kanaiyalal with the ease acquired from identification with it puts life into the character. The fully packed Tagore Hall lustily cheers him at the end and overcome with emotions he kisses the stage floor that with its magic transformed him into Rajua.

With deft strokes as of a good painter, veteran theatre director, also a dependable designer, Bansi Kaul creates the character with all his visible geniality. Drawing from both observation and visual imagination he gives idiosyncrasies and characteristic traits to a few characters, Shivnath (Harsh) with his mannerisms and the woman walking with delightfully convulsive movement, for example. He has the knack of giving individualistic touches to each of his minor characters too. And he knits them together in a group, the one on the left of the stage for example. All this keeps the audience in good humour. 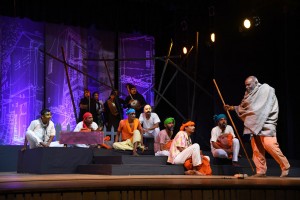 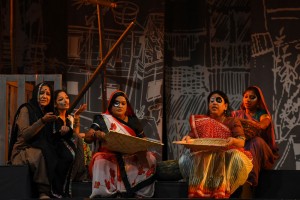 The effortlessly smooth coordination by Uday’s Kathavachak with a sharp eye on how Rajua is treated, even by his wife, brings in a breath of fresh air. Anjana Puri’s music and singing of Kabir with its inimitable quality elevates the play to a higher plain with detached philosophical musings on life. The simple set designs with levels are artistic and useful. In fact, light designs and all other elements have received a professional touch. Masks and makeup are suggestive.

The play underscores society’s callous attitude to those it refuses to absorb in the mainstream. It varies from disgust to unconcern to brazen self-interest. Tongue in cheek, it holds a mirror to society. At the same time, an empathetic portrayal of a beggar as the central character invites its attention to those existing on its outskirts. 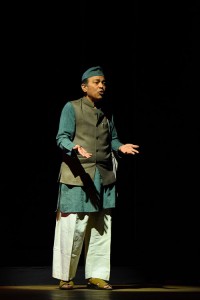 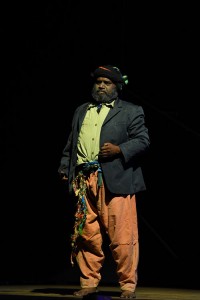