Experience Northeast India here in the western suburbs of Ahmedabad through Ancela Jamindar’s first solo photography exhibition ‘Enchanted By You’, on display at Ravishankar Raval Kala Bhavan till April 7.

Photojournalist Ancela Jamindar’s striking photographs bear testimony to how pockets of civilisation in Northeast India have moulded themselves around their quaint natural environment. In her first solo exhibition Enchanted By You, glimpses range from those of Nongriat village’s living root bridges, which are used by people every day, to captures of the ferry operators of Doki who make a living by helping people cross the river. Ancela’s photographs depict how human beings require nature in the day-to-day operation of their lives. What is most interesting to observe is Ancela’s skills in story narration. She likes to maintain a travelogue while visiting new places. Thus, the 40 photographs in the exhibition are accompanied by exciting captions that Ancela drafted right after visiting these places.

Walking through the exhibition is like walking on a nature trail, in which you can first-hand witness Nongriat, Cherrapunji, Doki and Mawlynnong through the photographer’s eye. With such stunning natural beauty in the region, the photographs are bound to leave people spellbound with their photogenic value; a panoramic view of the limestone caves of Cherrapunji is naturally beautiful. On returning to Ahmedabad from her 11-day trip to the North-East, Ancela realised that thoughts of the trip were still overflowing in her mind. Thus, this four-day-long exhibition came to be. Kicked off on April 4, the show will be open to all until April 7, from 12 PM to 7 PM at Ravishankar Raval Kala Bhavan. 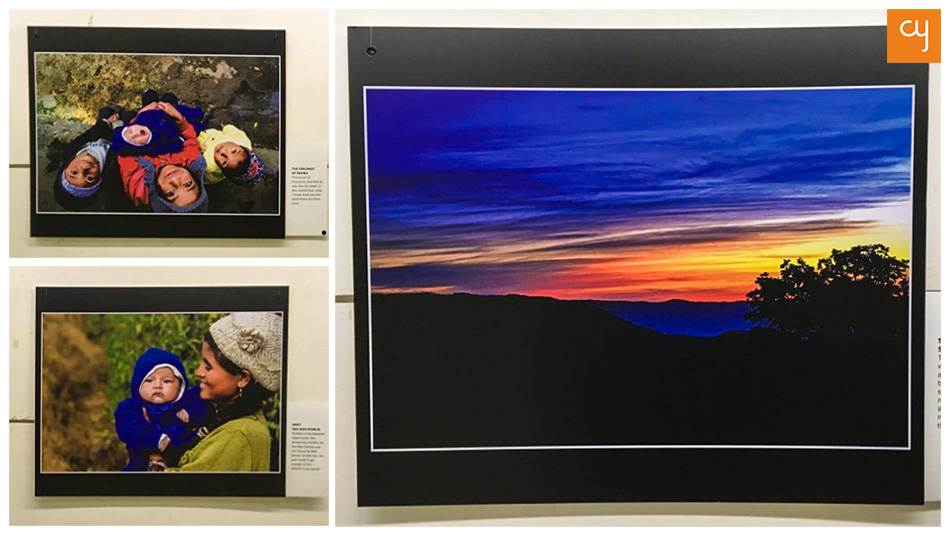 For the present-day wanderlust generation, travelling is no longer motivated by the need to merely refresh one’s mundane schedule. This generation travels to explore. They seek to create memories out of excursions; and Ancela’s captured glimpses clearly possess such a more profound purpose than merely serving to document. “The excursions are a way to find the truth,” expressed Ancela, who is in her twenties, adding, “What I wanted was to show the landscape of Northeast India in its most natural state; to portray its association with the local people.” 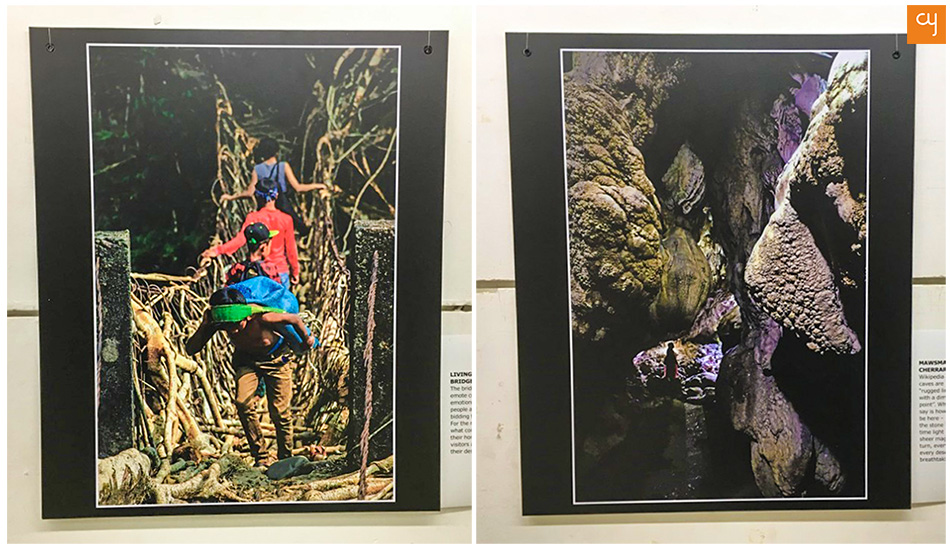 I had met Ancela during a customary press conference once, for which we had both arrived for coverage. When I began to discuss with her how the camera can be a means for expression and not just a gizmo for visual documentation, she amazed me with her response, “Every time a photograph of mine is published with my name in its caption, I realise that each photograph reaches out to touch and affect thousands of lives. Every day, my work demands me to ask this question of myself – how can I add more meaning to people’s lives through my vacation this time round?” Ancela’s mature understanding about the potential of the camera might have made her the thoughtful photographer that she is today. But according to her, her affection towards the camera sparked at the tender age of 3. “This was the time when my father gifted me my favourite toy, the French-built K110 ET (a kind of vintage camera).”

Ancela later explored photography at the age of 10, through the mobile phone. These explorations, she soon came to realise, would just be the tip of the iceberg in her story. As Ancela grew older, her passion for photography amplified, and she decided to switch direction from her studies in forensic psychology to join a multimedia school in Kerala, where she pursued a major in Cinematography. After her formal education, her horizon widened as she entered the mainstream media as a freelance photographer for a local publication. In just three years’ time, she became one of the city’s few female photojournalists. Poignantly, not much has changed since the 1930s – an era in which Homai Vyarawalla braved the storm to become India’s first female photojournalist. The realm of photojournalism still remains largely untouched by female presence; and there are hardly any practising female photojournalists in the city of Ahmedabad.

Mercury in the city has already hit 40 degrees Celsius. In this scorching heat, Ancela’s green and tranquil glimpses of Northeast India serve as a refreshing escape route. Experience these with all your soul at Ravishankar Raval Kala Bhavan until April 7.