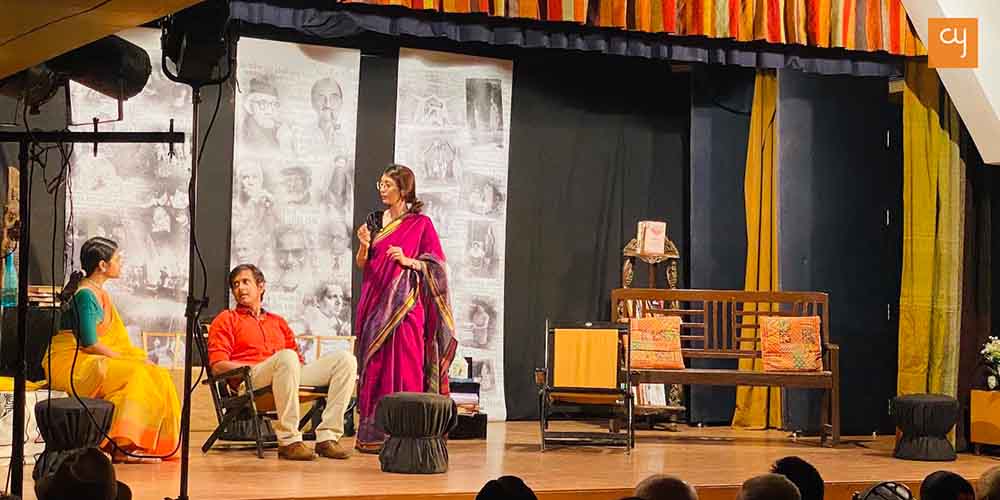 Rarely does a house full to capacity find a dramatic performance create an experience the viewers relate to for full two hours and watch and listen to its characters in such silence that they would hear one another breathe. When the late Hasmukh Baradi’s two-act play Aakhun Aayakhun Farithi, written twenty-five years ago and later staged, was performed by a fresh young three-member team at the Vishwakosh Bhavan last Tuesday, under the direction of Janak Raval and Naishadh Purani and art direction of Manvita Baradi, local Gujarati theatre created such an engrossing event intellectually and emotionally. 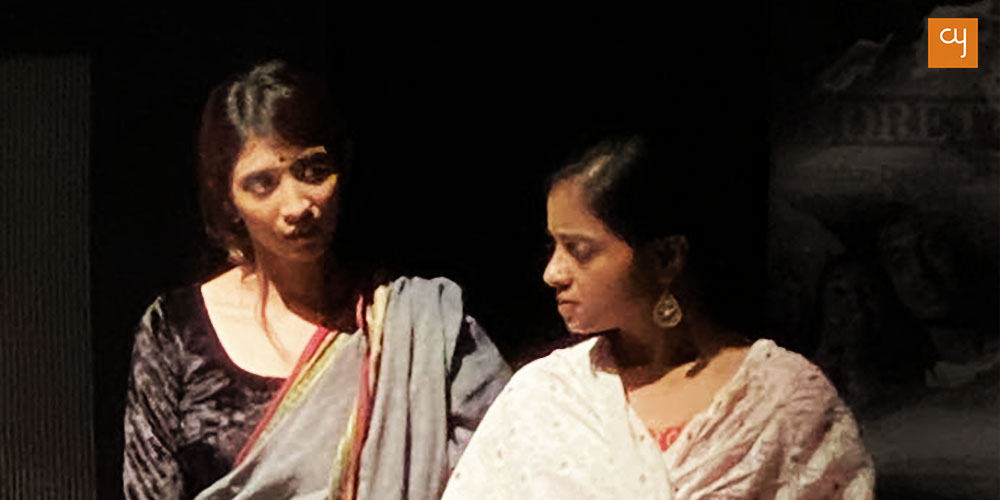 The ingeniously designed play is the outcome of a soul dedicated to theatre. The playwright has created possibilities for the players to understand what it takes to become characters and for the viewers to know the process of making a play. In a brilliant flash of creative imagination, he has conceived of a woman who nearly gives over the man she loves to a woman he loves. And in another such flash of creativity later he has the two female players swap their roles. In the process, he unravels in glimpses what goes on in the minds of women in relationship with a man.

All this could remain only in the text if the director does not get to the core of the theme and patiently get the players to feel the emotions involved. Keeping theatricality at arm’s length the directors explore in the performance the complex theme as in stretches of conversations between the characters. They have Malove Divetia’s musical input blend with the inner turmoil being enacted. With an insightful touch, Malove, with Harsh in assistance, has soft notes on the piano all through. He demonstrates the value of being selective rather than inclusive in art. 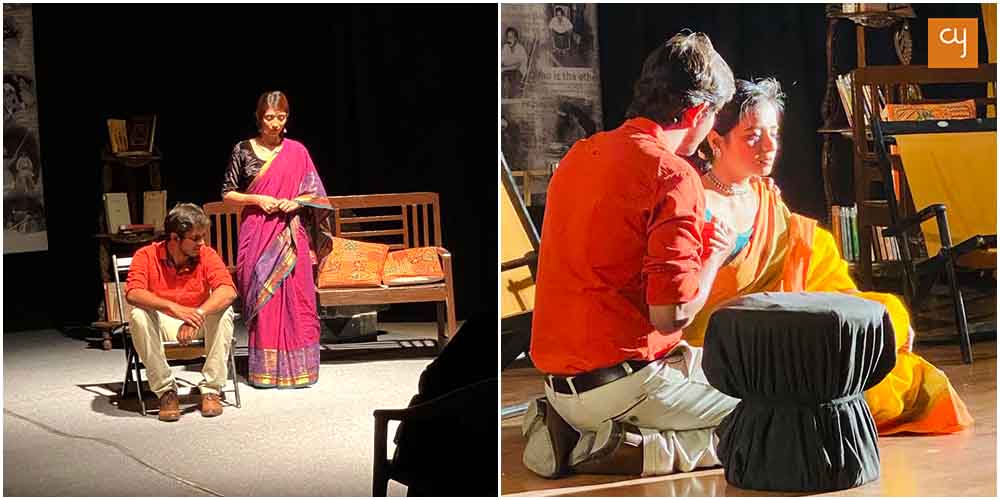 With this selectivity, the actors, giving an agreeable surprise for their age and experience, lend character to the performance. In bud, the three actors hold out a promise of durability at varying levels. Besides modulating the voice, they seem trained – they are TMC’s workshop products – to hold and move the body with dignity and communicatively. They have the patience to get even the intermittent silence to communicate. This play engages them now at a colloquial level, now at the level of improvisation, now at a subtly suggestive emotional level.

Radhika Barot, who does not seem for a moment out of her character and tends to leave much unsaid and yet expressed, looks cut out for a career in theatre if opportunities keep coming her way and she does not stray away from her path. Harsh Dharajiya, who too has sustained roles and does them pretty well, needs greater experience to feel the emotions within and carry them through the flow of the voice and of the movement. Ruchie Nayak has a dignified bearing in a slender frame and is found keen to express herself vocally. Importantly, they emerge as an agreeable threesome. 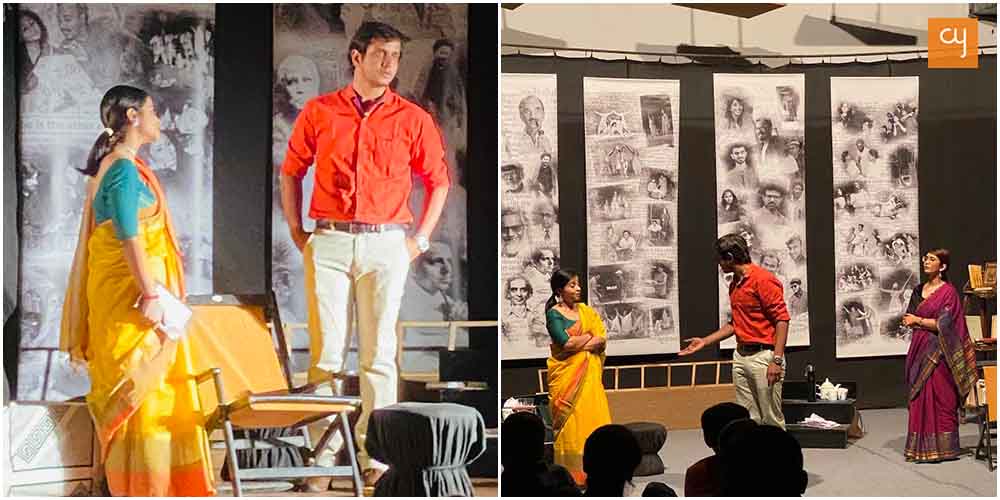 Lights (Ankit, Hardik), natural in the intimate theatre ambience, get noticed in the balcony scene. When the performance itself becomes a tribute to the veteran theatre person, the backdrop space could perhaps have been more creatively used contributing to the theme integrally rather than projecting him and his works with photographs.

The next show of the play will be at 9.00 pm on 7th December at Footlights.