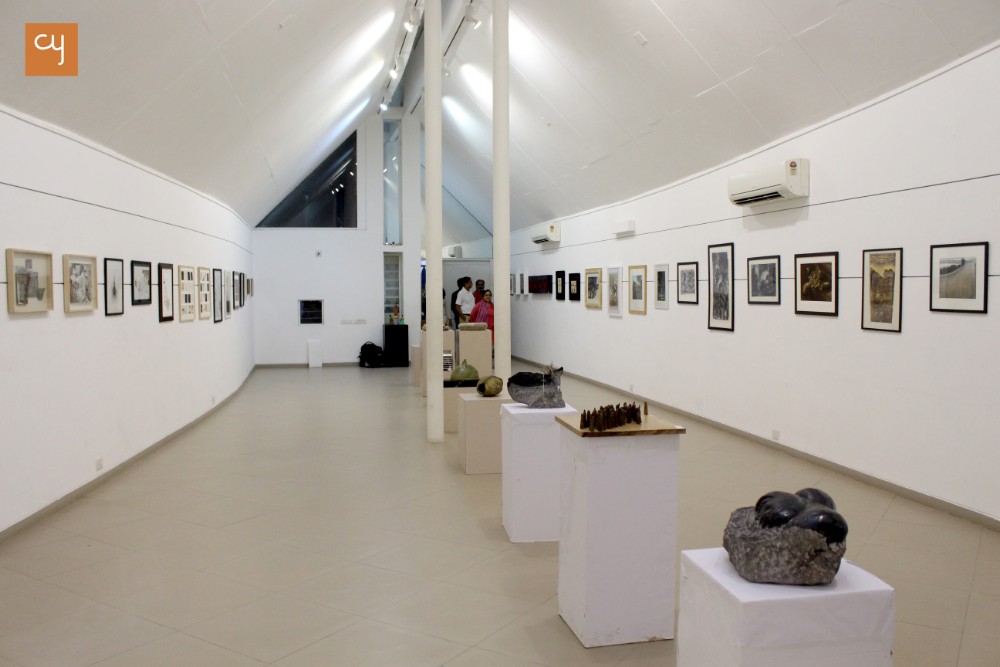 A maverick is not only a person who is independently minded or unorthodox but is actually a person, who observes things really closely and still accepts the variety of opinions wholeheartedly. Every maverick may not be an artist, but every artist is certainly a maverick, at least in some measure. A maverick artist dares the audience to look at his/her creation unconditionally and share their experience after making a notion. How brave isn’t it? The abstraction of First Take 2016, at Kanoria Centre for Arts & Hutheesing Visual Art Centre is actually a manifestation by the new age artists who dare to experiment and who hold a fresh perspective on subjects around them. The show is part of the Abir initiative by artist and curator Ruby Jagrut, who has set the stage for the celebration of artistic dare. 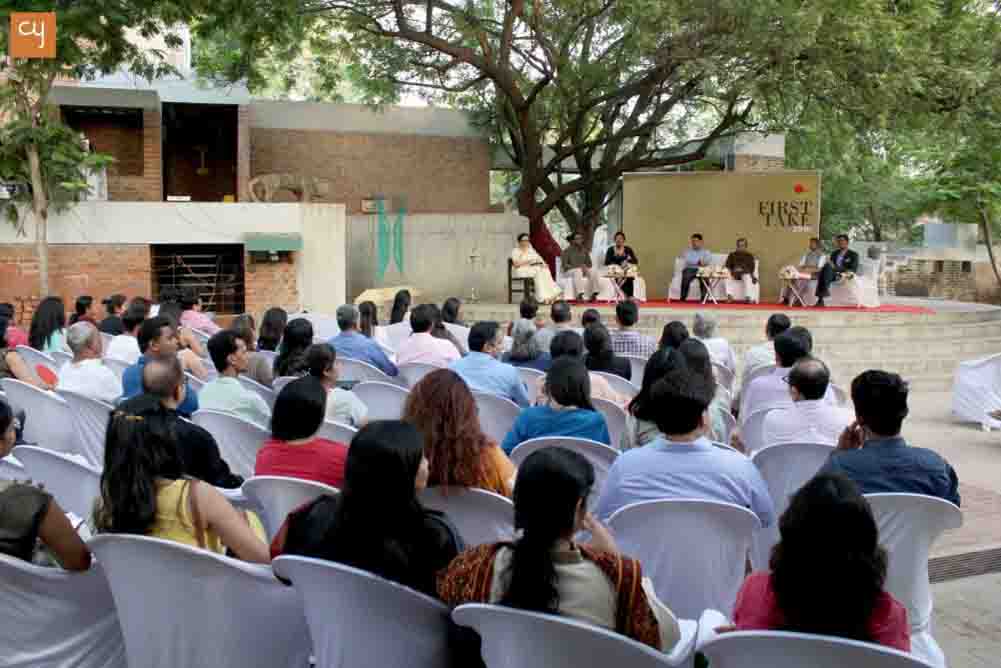 The show displays 118 artworks contributed by 98 artists hailing from 30 different cities. The adroit jury members, who spent decades in flourishing art across the globe, chose the best from the submissions that were received from across India. The jury team i.e. Karl Antao, Mallika Sarabhai, Pavan Bakeri, and Vrindavan Solanki and honorary guest for the evening artist Amit Ambalal and Director of NID Pradyumna Vyas were invited on October 18, 2016, to inaugurate the show. Artist from across India has contributed to the show with brilliant paintings, sculptures, sketches and installations. The vision of ABIR and Ruby is to bring prodigy artists and veteran mentors together and show, what marvels can a union of both can create. The event also recognized outstanding work of young artists by rewarding them in respective categories. 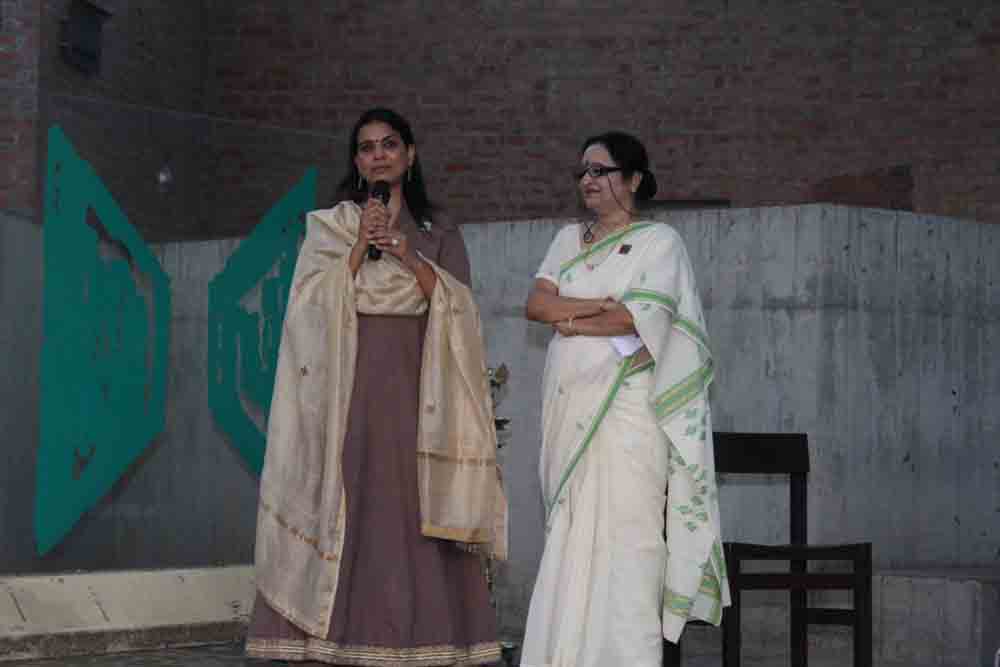 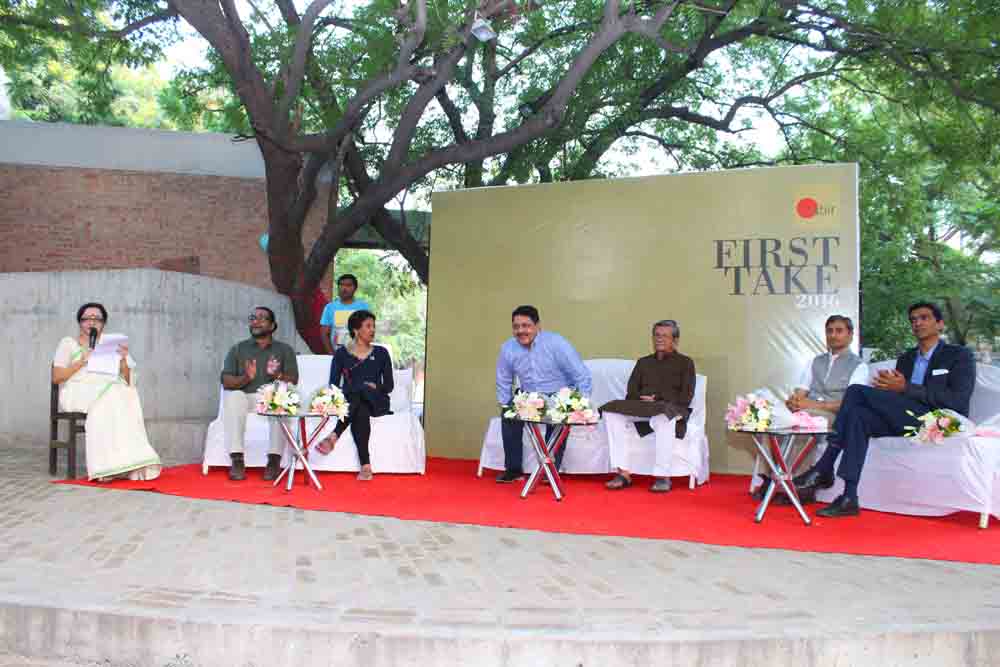 The unrestricted method of a free stroke where the color gets spread naturally on a canvas is a platform, where every artist lures to reach. Somehow in today’s time, the cloud of detailing and elaboration of a specific subject is  preferred by young artists even in the abstract genre. At the show, installation of Jignesh Panchal and sculpture of Alay Mistry showed  tremendous depth, which literally awestruck the audience. The merger of human emotions in a stationery object within a single framework created wonders for curator Ruby Jagrut. 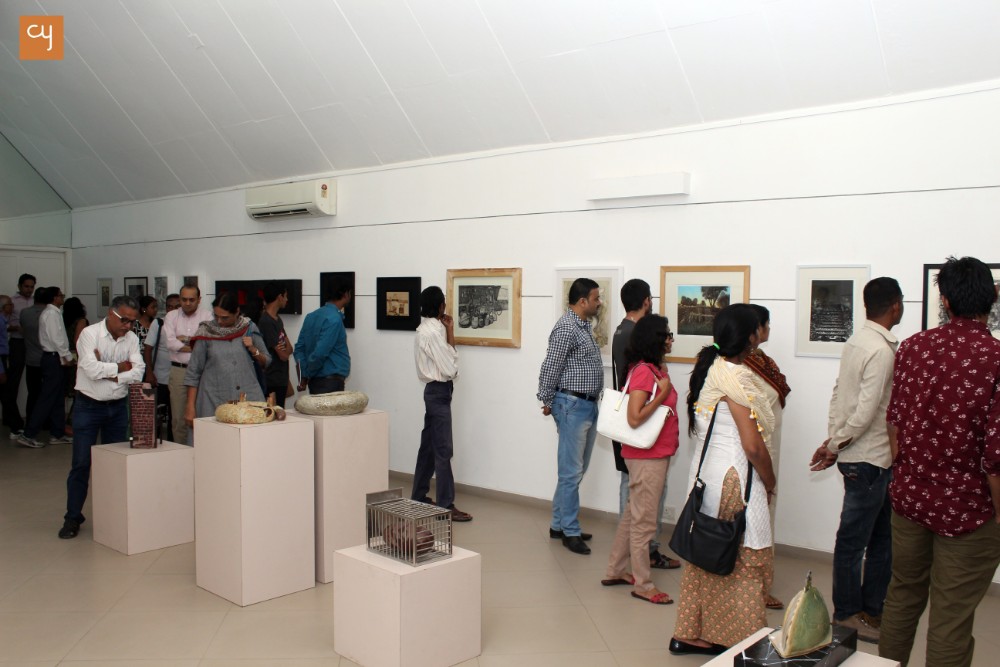 It is easier to describe an incident in words, but challenging when one needs to illustrate the whole scenario in a single visual. Artists at First Take 2016 brilliantly exemplified some incidents in their expressions. Take for example Bhaskar Borgohain’s lithograph titled ‘Creed’ – juxtaposing a dragon within a lion’s anatomy was inspired by the socio-economic and religious stipulation of the Tai Ahom community of Assam, which originally migrated from China. The effervescence of aesthetics was displayed in the painting of Debjyoti Das, where layers of green results into a complex yet beautiful texture.

It was delightful to see viewers taking extended pauses to glance over the realism in Uday Farat’s ‘Reflection’, where he showed ripples within a water body, while a boat is passing over and Manish Chavda’s oil painting where a parrot is peeping out of the tree. Each of the displayed work, be it wood cut of Jagadish Tammineni, mix media of Nagajan Karavadara, still life by Prachee Batra, Portrait by Sharad Panchal, Print by Vaidehi Kinkhabwala, and every other work, stood out for the expression of unbridled youthful zest. The curator has to be complimented for this mammoth task of bringing such immense variety of works by talent from across the country within a single set up. 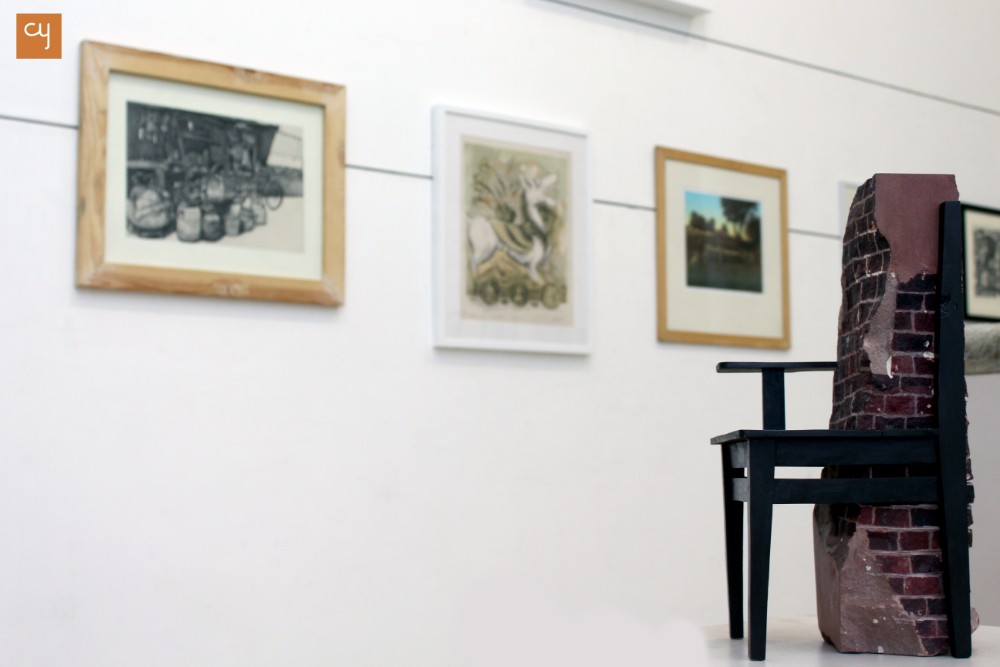 Evidence of human communication through mediums of art dates back to more than 40,000 years, and this existed in the form of Cave paintings. Ever since the Stone Age humans have evolved their methods of aesthetics from time to time. Every era needs its own breakout point, for art is where the realities and dreams of every generation get documented. And in this respect, First Take 2016 must be commended, for their attempt to find fresh talent and show to the society that there is a marvel in maverick.

In an age where conformists and non-conformists are unable to find a meeting point, Art initiatives like Abir, who strive to recognize the hidden artists in our country and give visibility to their untamed expressions is the perfect elixir for art uprising. The exhibition will be on a display till October 23, 2016 from 04:00 PM to 08:00 PM at Kanoria Centre For Arts and L & P Hutheesing Visual Art Centre.

Team Creative Yatra strongly recommends every art-head to visit this show once to learn, unlearn, and relearn. 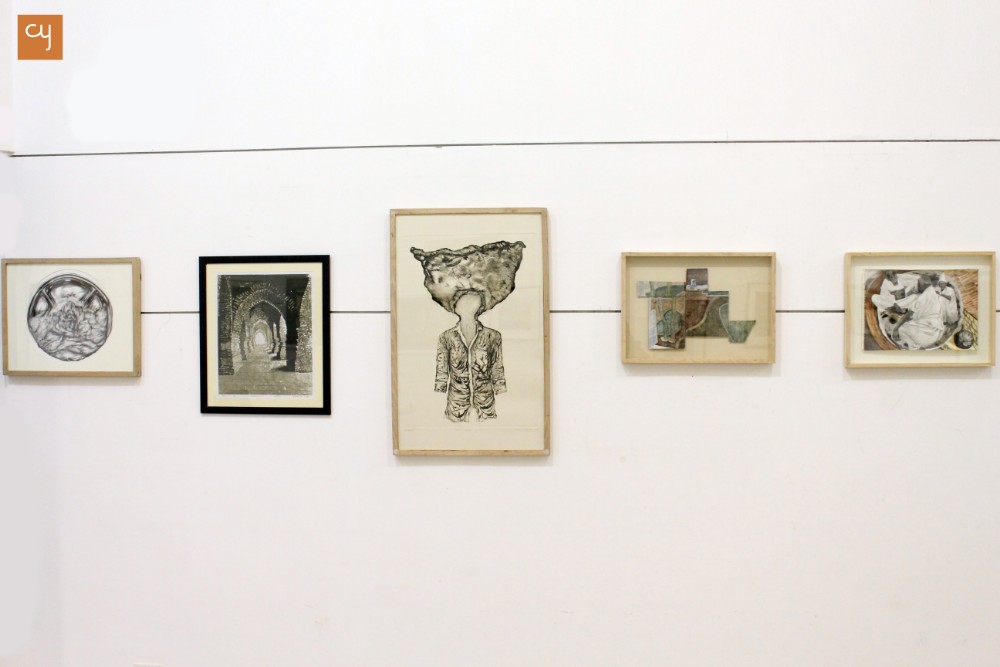