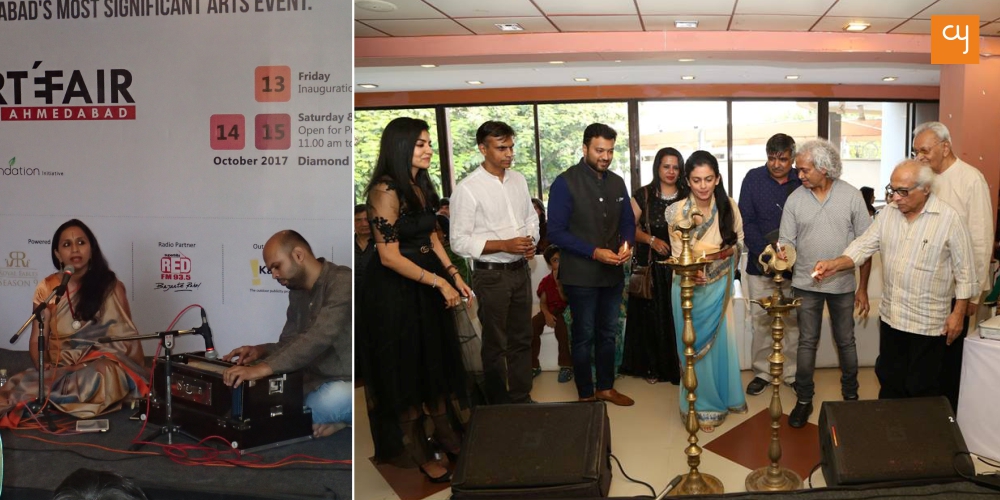 The third edition of Art-e-fair, Gujarat’s foremost art trade fair begins at Rajpath, Ahmedabad with a creative bang on October 13, 2017. With more than 50 stalls of creativity, lifestyle and art, the fair was inaugurated in the presence of Padmashri artist Paresh Maity, along with the unveiling of his artworks and Director of Art Alive Gallery, Sunaina Anand (Delhi). With the melody of Man Laago Mera Yaar Fakiri Me sung live by Bhakti Geetkar Vidya Shah, Art e’ Fair opened with the right reverberations.

Founder of Art-e-fair Khushboo Bagga shared her vision about how she wants to transmogrify the visual art scenario of the Heritage City Ahmedabad, “When I visit major cities like Delhi and Mumbai the galleries are brimming with connoisseurs – but it leaves me shattered when I see the local art and talent of Ahmedabad and Vadodara not attaining the optimum leverage for their brilliance. Through Art-e-fair I want citizens to collectively celebrate visual art just like they fancy creations at lifestyle and fashion fairs.” 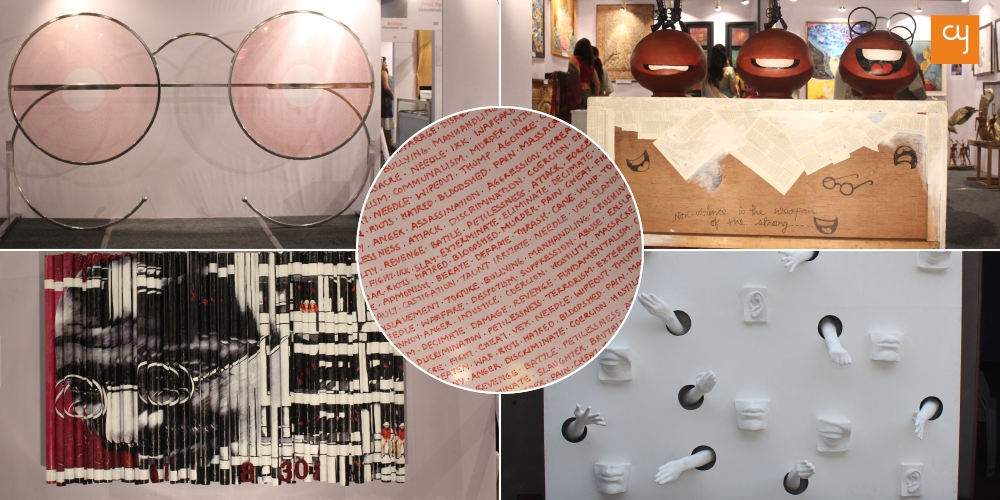 A competitive segment of sculpture and installations titled ‘Gandhi aur Main’ was in place, and the selected 14 sculptures were put on display in different pockets of the exhibition; effectively they turned out to be a major attraction among the guests. Whether its Namita Lodaya’s ‘What Do I See’ installation hugely shaped as Gandhi’s spectacles that consists 25,550 words of violence, which she wanted each viewer to erase after glancing it or Shovin Bhattacharjee’s bamboo wind chime depicting Bapu’s virtue of cleanliness – all sculptures depicted how Gandhi’s ideologies can be extremely relevant in the contemporary scenario.

The “Gandhi Aur Main”  competition was adjudged by veteran artists Vrindavan Solanki, Ratilal Kansodaria and Nabibaksh Mansoori, and they declared Vikas Trivedi, an MS University Vadodara product as the winner. His installation included Gandhi portraiture created using ‘Suti Fibre’ (cotton fibre). The prize money winning artist who also happens to contain a strong Gandhian perspective in his nature shared “I am myself a nonviolent Gandhi follower. My artwork Melting Gandhi talks about how Bapu’s ideologies are melting instead of submerging among people.” 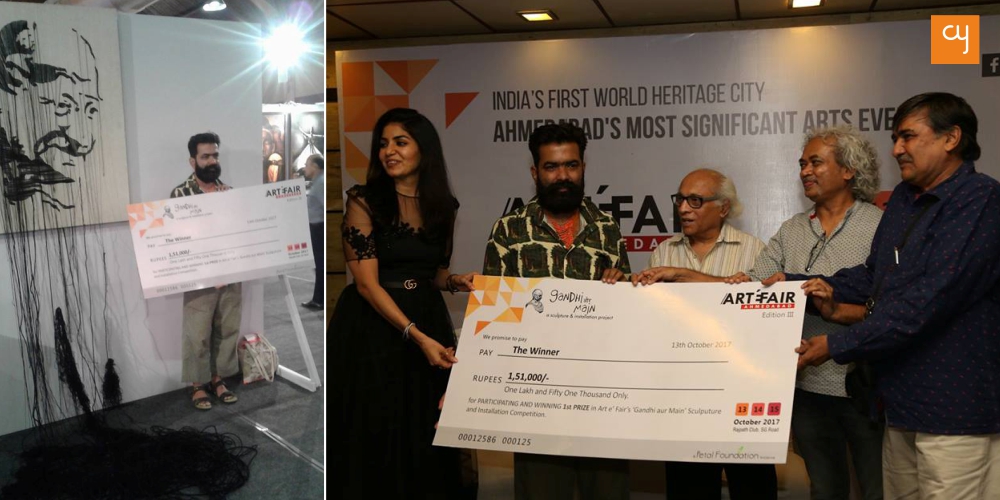 The trade fair will be open until October 15, 2017. The Heritage Corner displaying Aditi Agarwal’s Ahmedabad Clock intricately painted on the feathers of peacock caught our fancy. Giving it company was Shahid Ansari’s ‘Story of Ahmedabad’ weaved in Zardosi.

There is much more to explore, and with festive times ahead, the city should look at Art e’ Fair as an alternate shopping destination and weave some aesthetics in the seasons Diwali Basket. 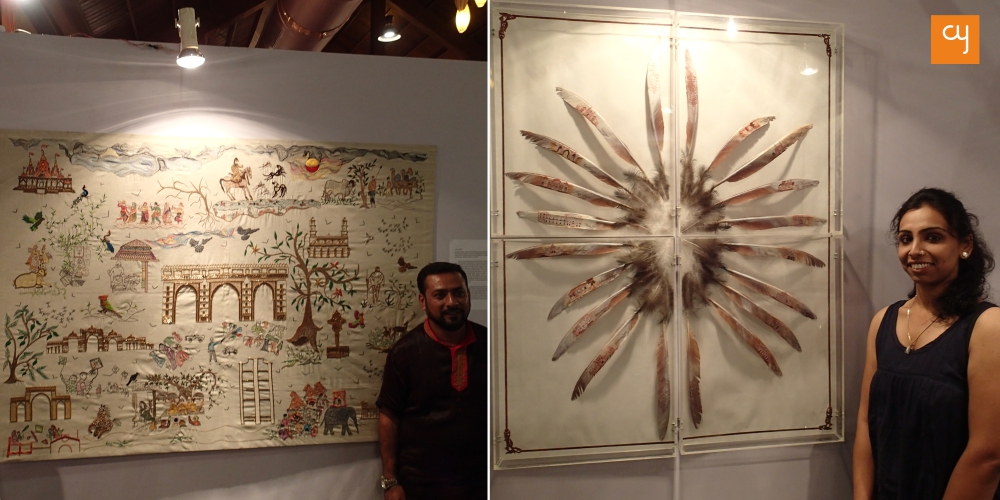