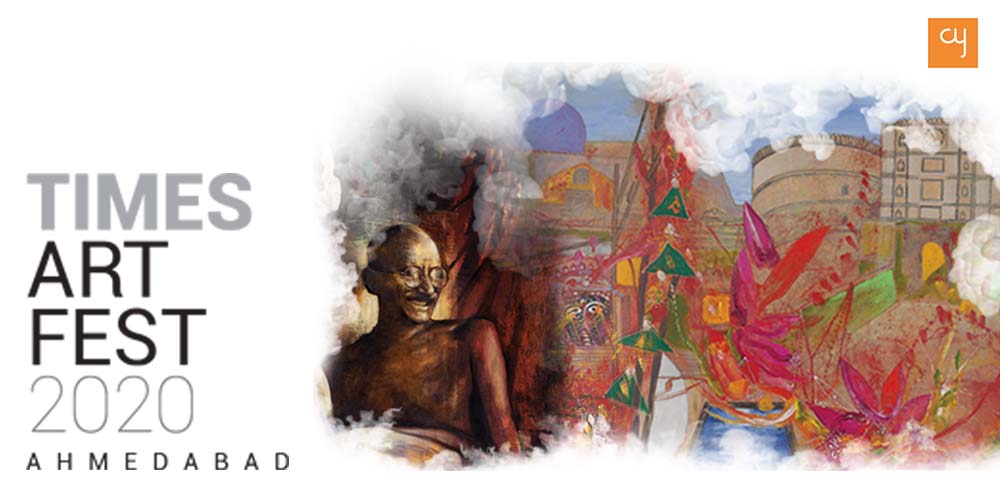 With a purpose to celebrate Ahmedabad’s heritage and encourage citizens to become more aware about city’s arts and aesthetics heritage, the Times Group and Adani has brought ‘Times Art Fest’ – A festival which artistically demonstrates the heritage footprint of India.

Following up on their 2010 print campaign, Towards World Heritage City, The Times Group, in association with Adani, brings you an art festival which celebrates our ancestral bequests. Times Art Festival is a congregation of more than 50 artists who have created art dedicated to the heritage of Ahmedabad.

Inaugurating on February 25th (today), the festival will feature diverse works that embody the heritage of Ahmedabad, including the distinct lifestyle, cultural and social hotspots, along with our parampara(traditions). Exhibiting the prestigious emblems of our city through art, these amazing artworks will be displayed at Amdavad ni Gufa which acts as an art shrine of the city.

Talking about the inception of this festival, Priya Adhyaru, the Fest Curator, said:

“After a lot of hard work of individuals involved in 2010 Towards World Heritage City, Ahmedabad won that title in 2017. After 2 years, i.e. in 2019, there was a review of this title. At that time we thought that still, people are not that sensitive and aware of what the city holds. So, we wanted to instill this thought that we should love our heritage and be protective of them. And to connect people emotionally through their heritage, we thought of using art.”

The Times Group has invited artists from across the country, as well as international artists coming from places like Oman and the US.

The entire exhibition is divided into four segments:

Zone ‘A’, situated inside the gallery at Gufa, will have some incredible canvas paintings and mixed media installations of around 38 artists, which includes some of the pioneering artists of Ahmedabad like Amit Ambalal, Vrindavan Solanki, Nabibaksh Mansoori, Natu Mistry and Manu Parekh among others. From around India noteworthy artists like Paresh Maity and Thota Vaikuntam’s works will also be on display.Vaikuntam’s ‘Metro Girl’, where a girl is draped in a sari which signifies Ahmedabad’s heritage spots is selected for display.

Covering the periphery of a staircase, beside Zen Café, is Zone ‘B’ which has an amazing photographic display for you, consisting works by Anuj Ambalal, Deval ‘Pino’ Shah, P.M. Dalwadi, Parthiv Shah, Vinay Panjwani, Vivek Desai and Ronak Sopariwala.

Situated inside the marvellous Gufa is the ‘C’ Zone which is adorned with some incredible sculptures. With digital works covering the ceiling of the Gufa, this zone showcases works of Arzan Khambhatta, Harshil Patel, Himmat Shah, Karl Antao, Ratilal Kansodaria, and Sangam Wankhede.

Last but not least, we have Zone ‘D’ which displays ambient works by Neha Solanki, Rakesh Patel and Vyom Mehta, scattered all around the premises.

The festival will also feature a live demonstrations by artists on each day.

The venue is also divided into various regions which are inspired by actual social and cultural hotspots of Ahmedabad.

“The basic idea behind the festival is to instill love amongst Amdavadis. Our purpose is that everyone can come and see these amazing artworks and understand the importance and innate beauty of our heritage”, shared the curator.

The festival is on till March 1st from 4 p.m. till 8 p.m., with its inauguration ceremony commencing today at 3:30 p.m. Come, join this unique celebration of our heritage!