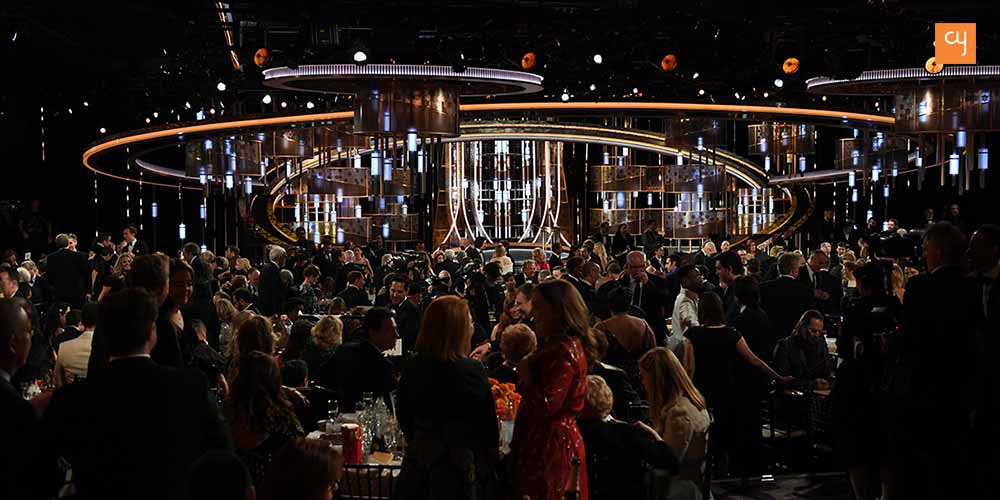 By replacing their previously planned fish menu with an all-vegan one, the 77th Golden Globe Awards have set a new bar for environmental friendly celebration.

Golden Globes have turned into a steaming hotspot of popular culture. From high-end celebrities from the entertainment domain to teen influencers, whatever these guests do becomes a trend; be it their designer clothes or concerns shared at the award speech.

Understanding this social responsibility, Hollywood Foreign Press Association (HFPA), the organisers of Golden Globe Awards made a last-minute decision to conjure an all-vegan menu for their guests. On 5th January, 2020, The Beverly Hilton restaurant in Beverly Hills, California turned into a land against environment cruelty for the 77th Golden Globe Awards and the first one of the future decade.

In a conversation with The Hollywood Reporter, Lorenzo Soria, President of HFPA, said:

“The climate crisis is surrounding us and we were thinking about the new year and the new decade. So we started talking between us about what we can do to send a signal. We don’t think we’ll change the world with one meal, but decided to take small steps to bring awareness. The food we eat, the way it is processed and grown and disposed of, all of that contributes to the climate crisis.”

HFPA decided to make this change only two weeks before the show with a pre-structured menu consisting of fish. The news came as a shock to Matthew Morgan, Executive Chef at Beverly Hilton, but he was more than happy to oblige. “Once we thought about it and the message it sent, we were really excited about it. That’s something I stand behind myself,” Morgan said. The only concern he had was whether the risotto will succeed without Parmesan.

If that’s not enough to make the stars feel one with nature, the award show also served Icelandic Glacial water to the attendees.

The award show has had partially vegan menus before but this was the first major award show to go all-vegan. Maybe with this initiative, organisers all around the world will be motivated to choose such environment-friendly alternatives.