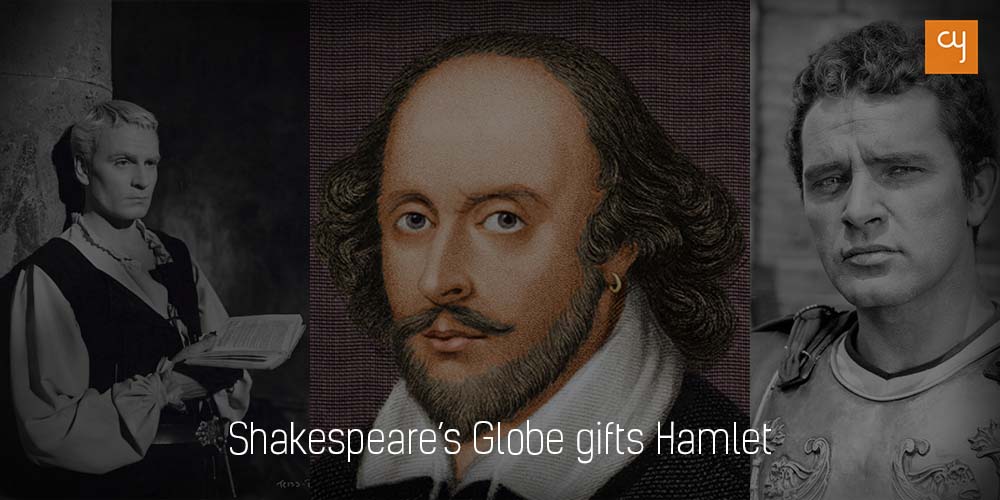 Theatre persons and theatre lovers across the world would welcome Globe’s gesture of streaming free on You Tube arguably the most loved one of Shakespeare’s tragedies Hamlet till 19th, followed by five more of his plays. The production springs many surprises in its casting. Viewers get to see the famous Globe theatre (reconstructed twenty years ago after the 1599 original) packed with a live audience and have a feel of the beginning and end of a performance at Globe. Here is the link 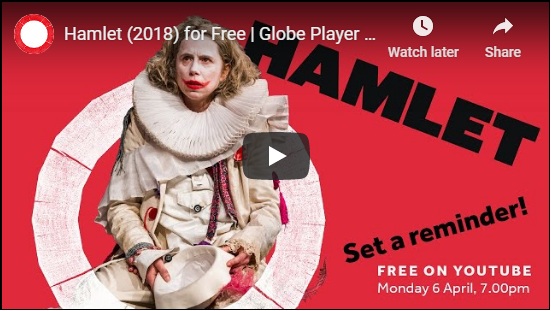 If you have not read the play, get the text and have it in hand while watching the performance. If you have read it, maybe studied or seen a performance, refresh your memory. When you see this performance, if you do not follow a few words or lines, don’t worry. Few follow every word of it anyway.  Remain with the flow of the happenings and remember what the theme of the play is.  At a time when bloody revenge used to be the hero’s driving force in a play, Shakespeare has created here this young renaissance man, university-educated and having an exceptionally fine sensibility. You will hear him say, ‘I could be bounded in a nutshell and count myself a king of infinite space.’

On returning to Elsinore from Wittenberg with his idealism and a vision for life and Denmark he feels appalled to see his uncle Claudius on the throne with his mother Gertrude as queen. His moral world is shattered. ‘The time is out of joint—O cursèd spite, / That ever I was born to set it right!’ he says. He finds character brittle, trust betrayed, womanhood tainted.  ‘Things rank and gross in nature’ seem to possess the untainted and innocent universe of his imagination. One murder cannot set right all the wrongs he perceives.

Hamlet is played in this production by a petite female actor Michelle Terry, Globe’s talented artistic director. Her interpretation of the young prince in a clown’s outfit with a painted face for long does engage attention all the while but it is likely his portrayal by the likes of Richard Burton and Laurence Olivier keeps coming to mind. The Globe audience looks up to the actor with admiration. Quite a few characters in fact have been done here by players of the opposite gender. A soft-looking Ophelia traditionally seen in virginal white for example is played by a tall handsome boy. Female actors brilliantly play her brother Laertes and Hamlet’s friend Horatio. Interestingly, a deaf actor Nadia plays the role of Guildenstern with the use of sign language! And the ghost here is not ethereal. Senior Hamlet, the King, appears in flesh and blood.

I must stop here. This is only an introductory note, not a review. Again, don’t hesitate keeping the text in hand.  A couple of those in the audience, native speakers of English, are seen having it! Remember Romeo and Juliet will be premiered at 7 pm on April 20. Don’t miss watching the fascinating design of the vast Globe with viewers in the front row at times resting their arms on its stage and the actors sometimes bending and seemingly talking with them!