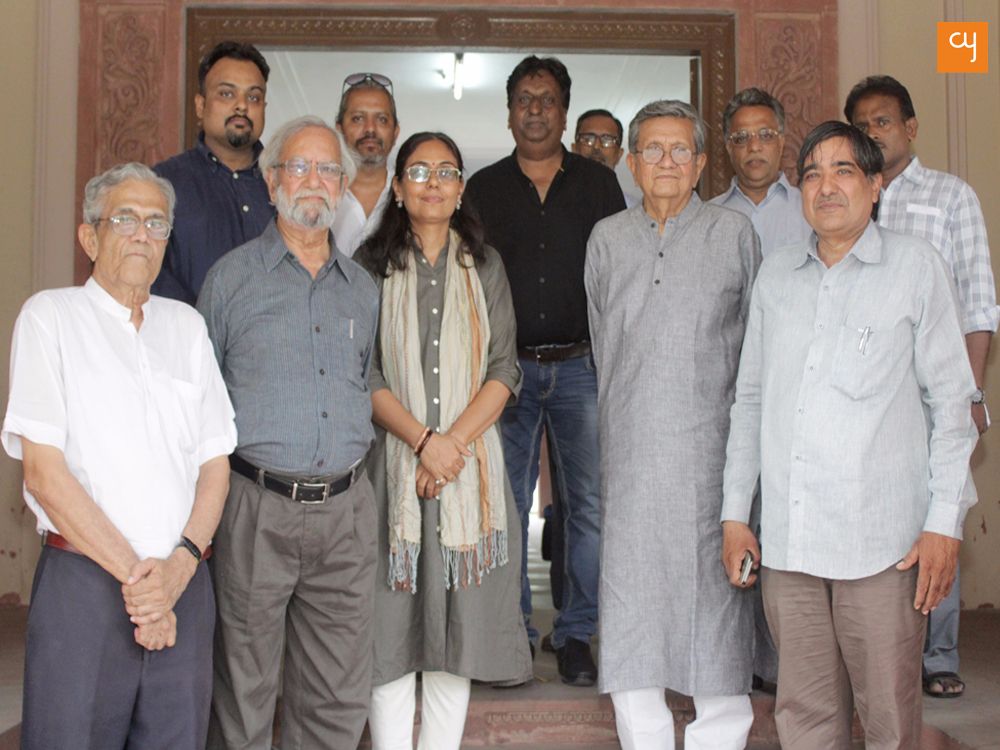 Eminent personalities from the field of Art, a few who have been his students and students of C.N. college were the attendees. 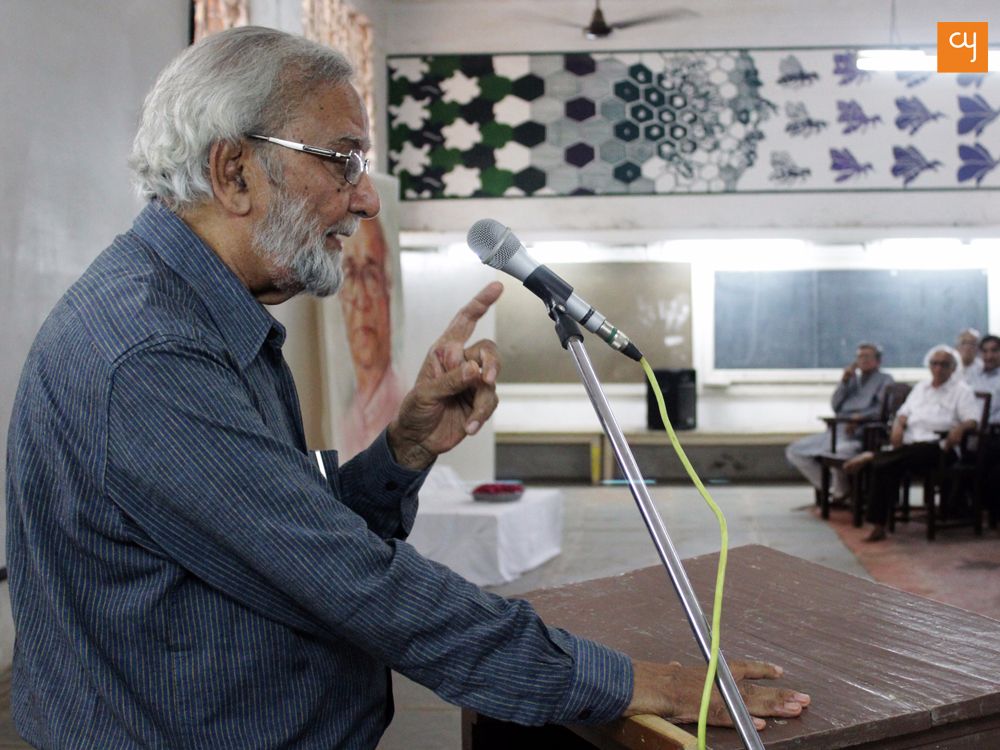 Professor Gulam Mohammed Sheikh remembered the Padma Vibhushan awardee Mani Da as a person who  got involved in his work with head, heart and hands. “Art was his life. There wouldn’t have been a single day when Mani Da did not paint. Even when he was ill, he took a small sketch book and continued to do what he loved,” said Professor Sheikh. He further explained how Mani da used various mediums of Art and Craft and as a teacher would find unique ways to connect with students. “He drew, he sketched and when either were not available he used to draw on the sand with his index finger; but no student would have his queries unanswered”, remembered Prof. Sheikh. He added, “He nurtured students to think on how art formation would have been made; exemplifying that the artist from China, UK and Rajasthan would draw a horse differently; because they have seen in a little different form and have perceived it’s environment differently. He asked students to innovate, think differently till they got answers for themselves.”  Prof Sheikh did exhibit grief on loss on the kala-guru of Vadodara. 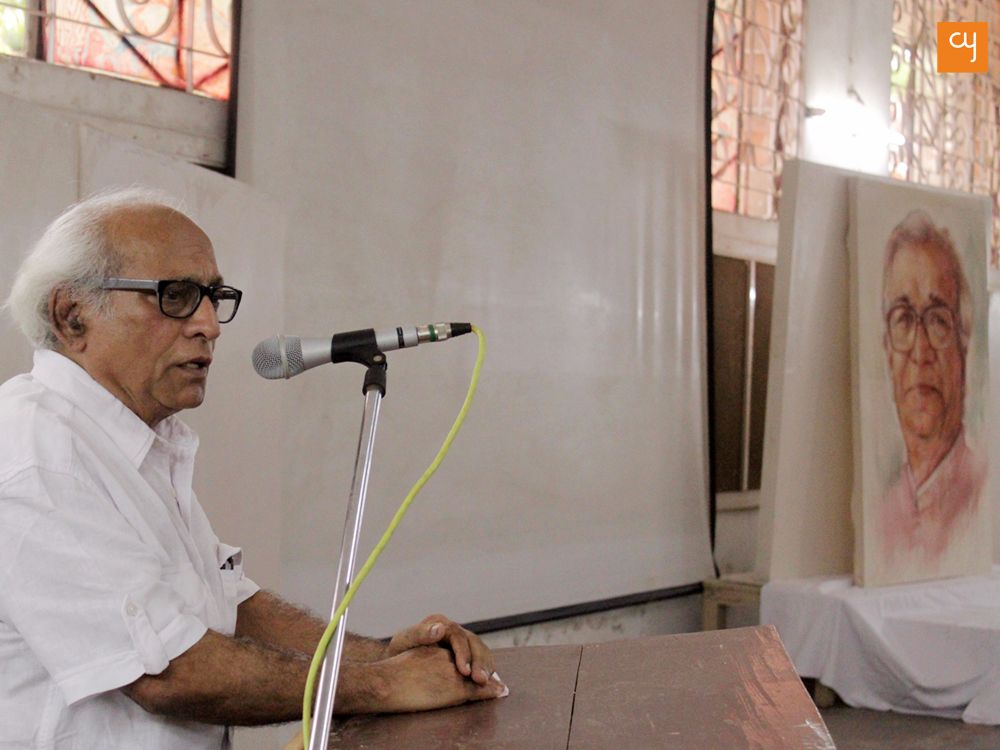 Vrindavan Solanki, a veteran artist and student of Mani da remembered how students ran around him at M.S.Univeristy. Everyone loved to be around him, his students and fellow faculty members too. “He would ask each student on how they and their family were doing to make sure that students have someone to share their feelings to; he cared that way,” shared Solanki.  His subtle humour would make students realise their mistake, shared Solanki by remembering Mani Da’s advice to a student. “Dukan toh woh banate hai, jinki mithai feeki hoti hai; aap apna kaam kijiye” (Don’t think of making a business out of art initially, concentrate on your work and success will follow. He used an analogy saying those who cannot sell their sweets from the space they belong to, need to make a sweet shop) 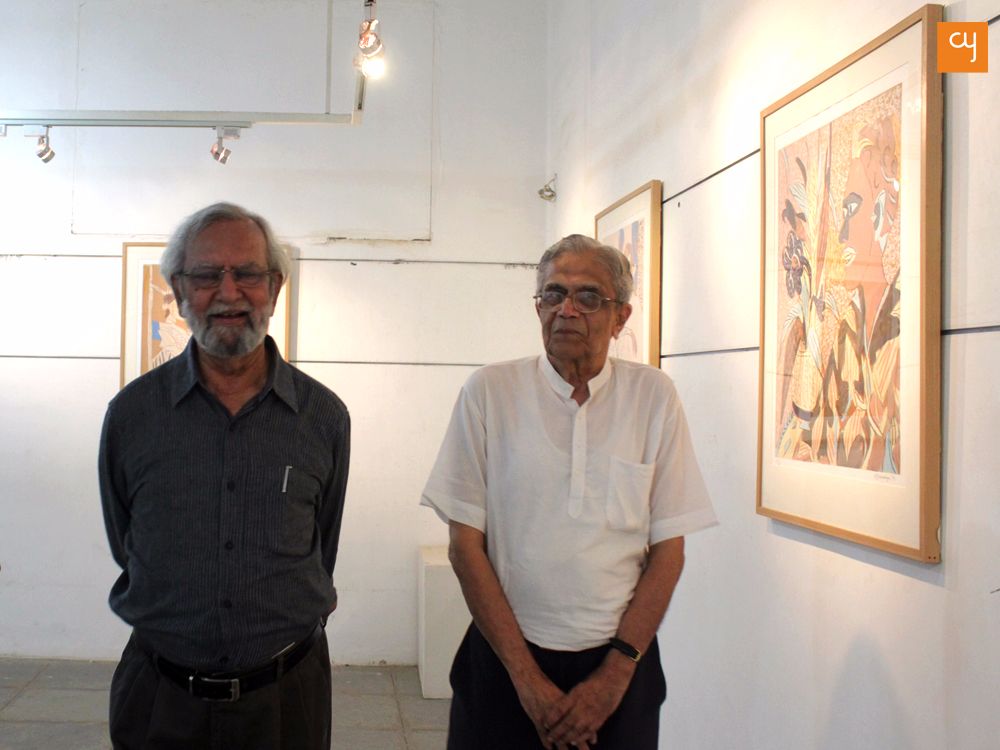 Dr.Suresh Sheth who was mentored by Mani Da for his  Ph.D shared how his mentor made sure that students develop the ‘ability to create’. He also shared, “I’m sad that like every year in Diwali, I wouldn’t receive a hand painted greeting from Mani Da”, sharing how the later used to  write letters and paint greeting cards which he then sent to his friends and students. 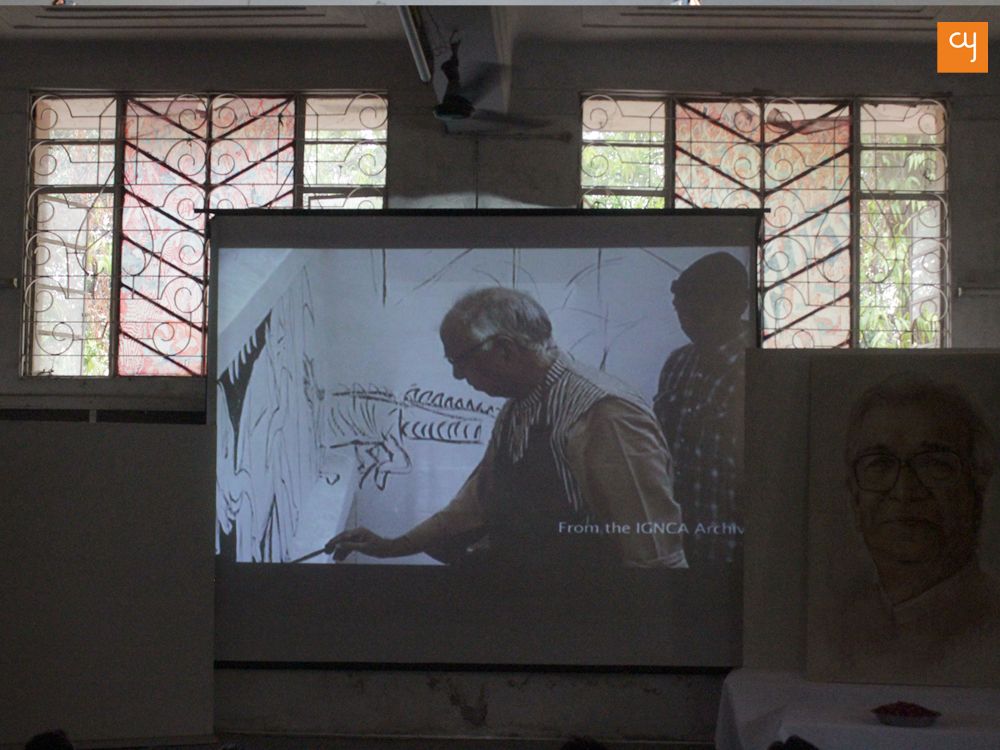 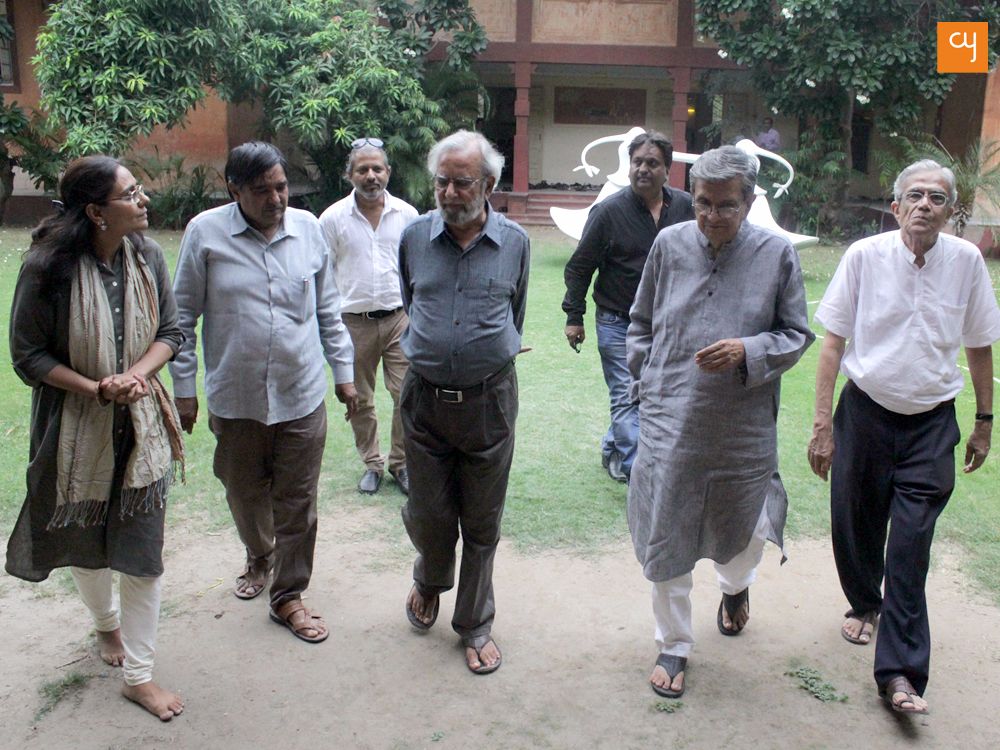 Veteran artists Amit Ambalal, Bhowmick Subrata, Shefali Nayan, Samvedana Vaishya and others were also present.  A documentary film showing the life of Mani Da, as an artist, a teacher, an innovator was shown. 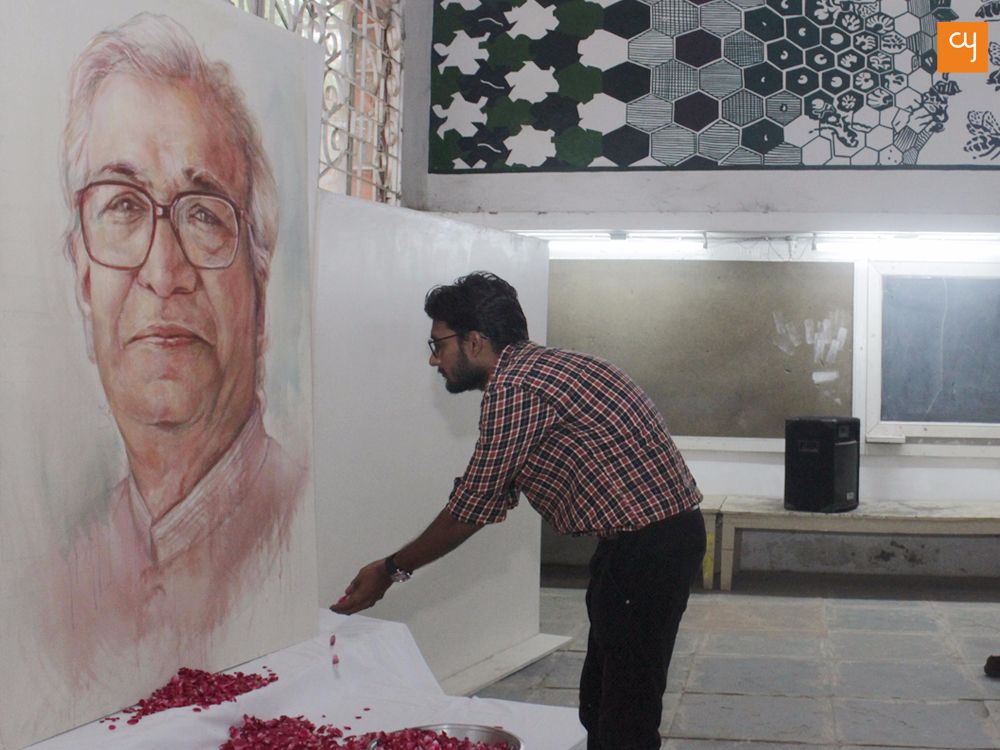 Abhishek Dodiya, a student of C.N. made a 6×4 ft painting as a tribute to the legendary artist. 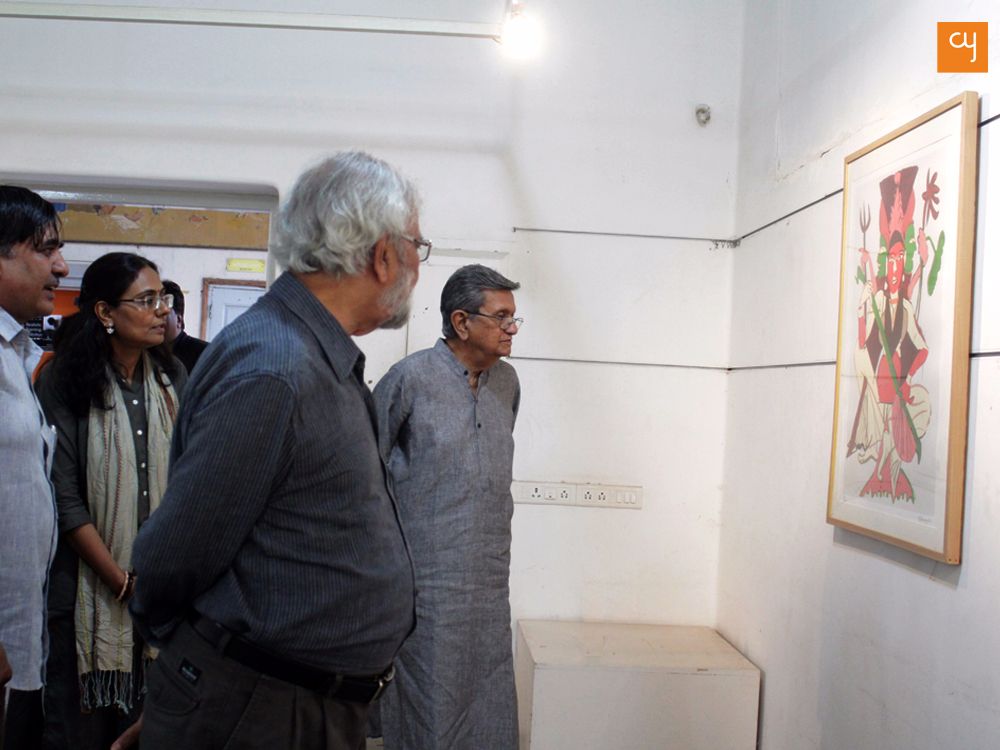 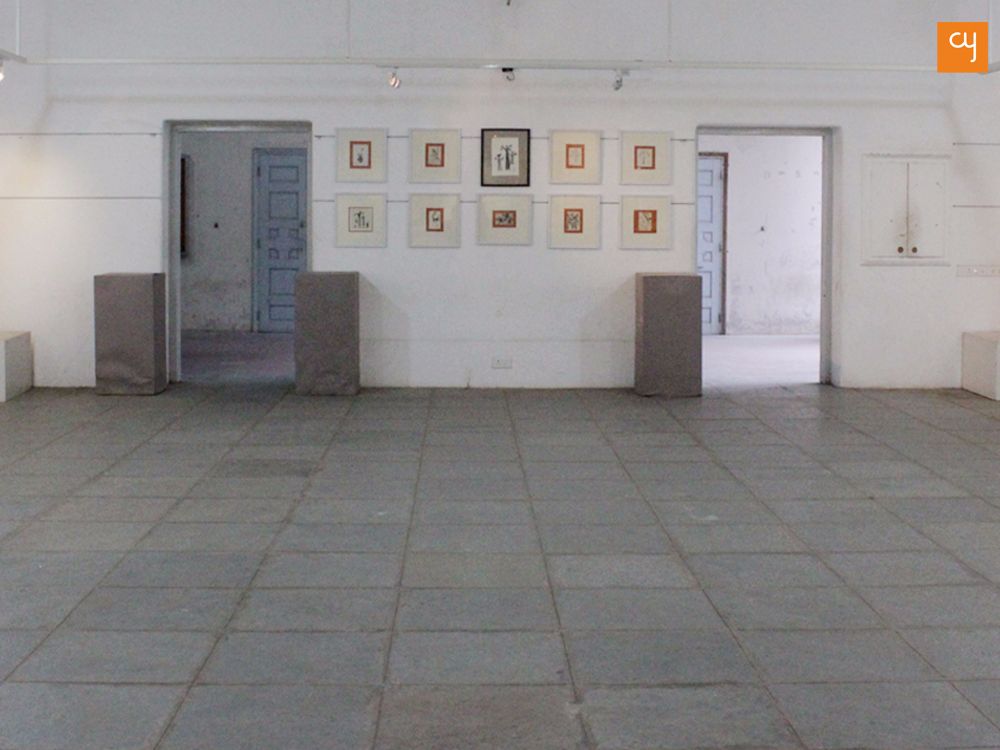 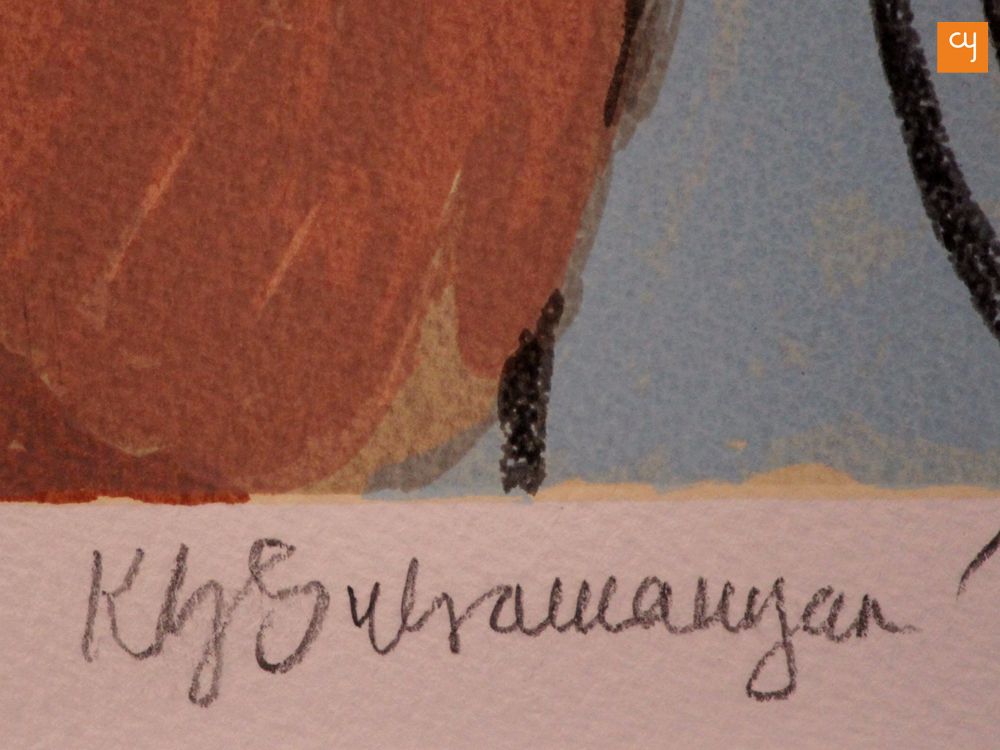 An exhibition of Mani Da’s painting has also been let open for three days at CN gallery. The exhibition will remain open till Monday, 11th July, from 11am to 6pm.

Mani Da remains in his art work and in the spirit of his students!