Each photograph at ‘A Tryst with Poetry in Light’ has been shot through a 1932 vintage camera by late civil servant Pran Nath Mehra whose photographic journey started at the age of 14 when he made a dark room under his bed! 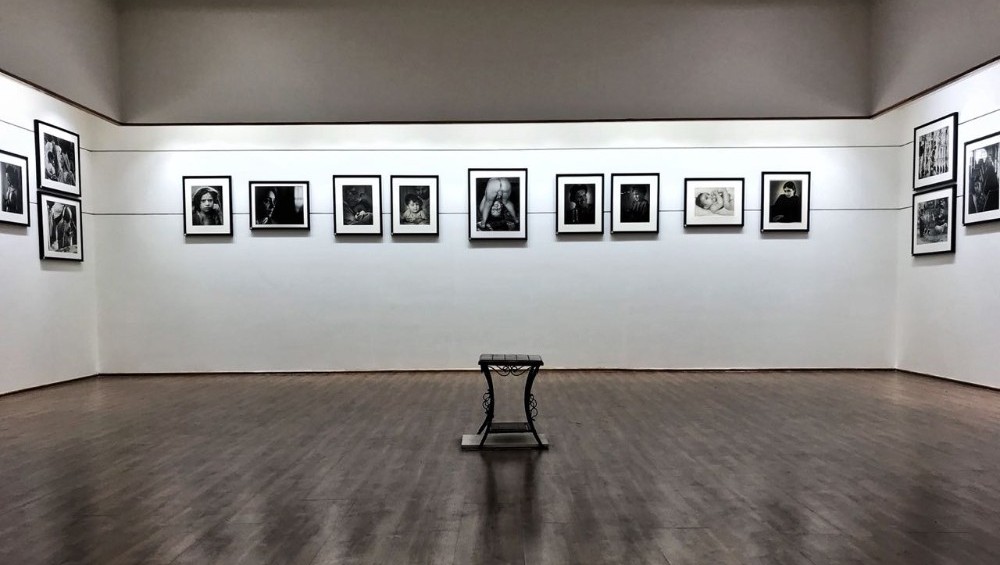 For six decades, civil servant Pran Nath Mehra captured picturesque shots from his Canon AE Box Brownie Camera, inspiring numerous souls to take up the art of photography. To celebrate the late veteran lensman’s centenarian birth anniversary, his family unveiled a photographic story that truly captures his lifelong sense of wanderlust. 85 monochromatic photographs have been curated from a collection of over 2000 photographs developed in a dark room. PN Mehra’s son Col Arun Mehra made the selection alongside his daughter and photographer Mitul Kajaria.

Born in Peshawar (now part of Pakistan), Mehra’s humble photographic journey began at the age of 14, when he set up his first dark room under his bed! Besides being a police officer, forensic scientist, as well as ballistic expert, Mehra was also a creative person. He loved looking at art and discovered concepts by which to frame his compositions while making watercolour paintings. His early photographs were often published in The Illustrated Weekly of India. This was followed by later publications in various national and international magazines and newspapers like Amateur Photographer, Popular Photography, The Statesman, The Times of India, Hindustan Times and Indian Express. Mehra was bestowed with an associateship at the Royal Photographic Society, a fellowship at Photographic Society of America, and honoured by International Federation of Photographic Art, France.

The exhibition of Mehra’s works, aptly called A Tryst with Poetry in Light, opened on September 2 at Satya Art Gallery in the presence of eminent artist Amit Ambalal and Dr OP Sharma, the head of India International Photographic Council. The photographs at the exhibition include landscapes, street photographs and candid glimpses of people. Mehra was fond of travelling. His search for perfect glimpses took him to various geographies in India, including the Himalayan ranges, Kashmir, Uttarakhand and Rajasthan. 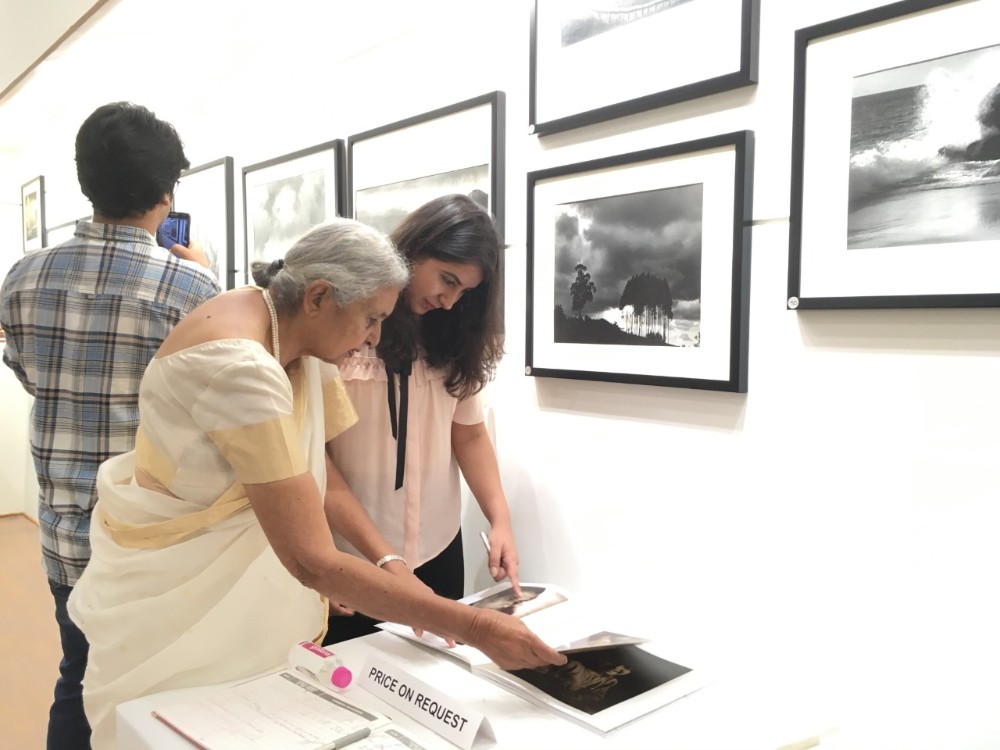 The opening of the exhibition was followed by a book launch of a coffee table book that bears the same title as that of the exhibition. The book contains 100 photographs by PN Mehra. Explaining the motivation for this book, Col Arun Mehra said, “On his 50th birth anniversary, my father celebrated the initiation of his quinquagenarian years by launching a book with his 50 original photographs; thus I decided to celebrate his 100th birthday with the same gesture.” 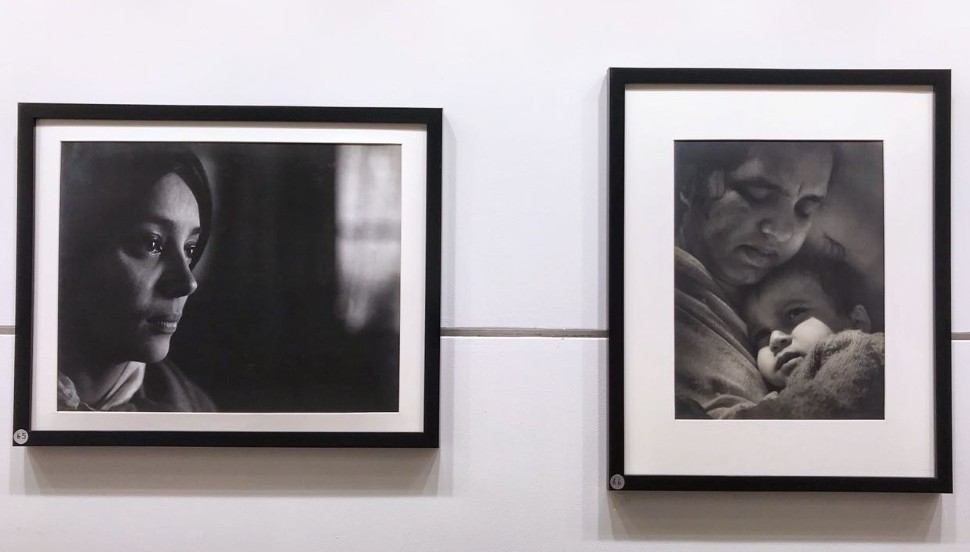 The selected 85 pictures displayed were printed in 2001 for PN Mehra’s retrospective at All India Fine Arts & Crafts Society, Delhi. The ageing condition of the monochrome prints serve to heighten their drama. One can almost viscerally feel what PN Mehra must have originally experienced while looking at his subjects from his vintage 1932 Box Brownie Camera lens. The shutter of this camera, in Col Mehra’s words, “still works slower than the designed 1/60th of a second.”

Breathtaking pictures like Road to Badrinath (1955), Gosspi Pines (1964), Rock Steady (1961) and The Fence II (1968) portray sunlight as nature’s ornament. The portraits in the second section of the gallery depict Mehra’s expertise in narrating stories through facial expressions. The purity of human emotions, as seen in the photographs Rita (1967), Summer Games (1960s) and Kashmiri Girl (1960s), all enhance the overall aesthetic beauty of the veteran photographer’s solo show. 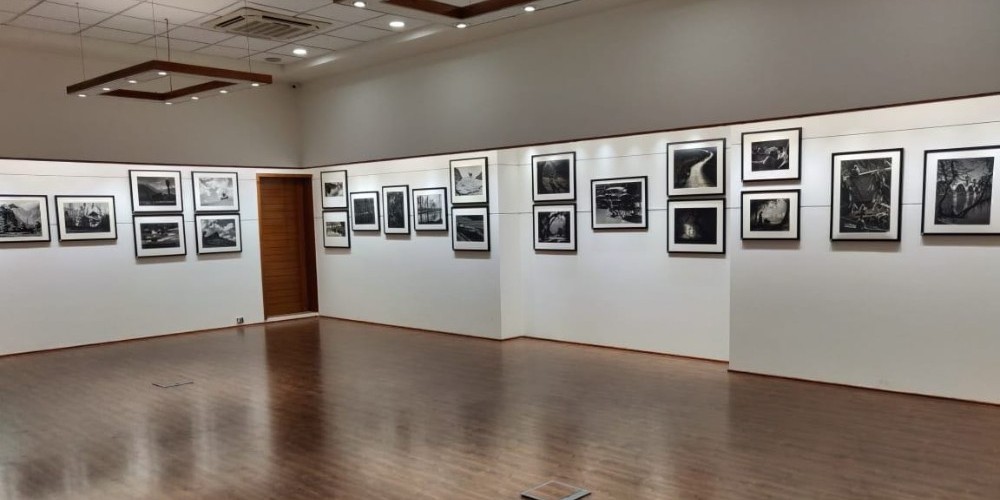 Visit the show at Satya Art Gallery before its last day on September 9, between 12:00 PM to 09:00 PM. Be sure to grab firsthand accounts of PN Mehra’s life by interacting with Col Arun Mehra. He can be identified at the premises in the evening hours as the jolly man holding his father’s camera in tow!