Today morning, the day after Christmas, rose not with a sun but a ‘Ring of Fire’. From 8:17 a.m. onwards on December 26th, a major part of India observed an annular solar eclipse.

Lasting for approximately three and half hours, the eclipse was visible at sunrise in Saudi Arabia and was distinctly visible through Qatar, the UAE, Oman, southern India, Sri Lanka, Indonesia, Singapore and Malaysia. In India specifically, the eclipse could have been witnessed from Odisha, Kerala, Gujarat, Tamil Nadu, Maharashtra, Karnataka and Delhi. But the best view was available only from Bangalore, Chennai, Mumbai and Port Blair.

The ring-like solar eclipse was formed due to the fast-approaching New Moon Day, the night when the moon is pitch black and slightly further away than usual. Hence, the almost-black moon will only be able to cover the centre of the sun, creating a lit ring-like image. 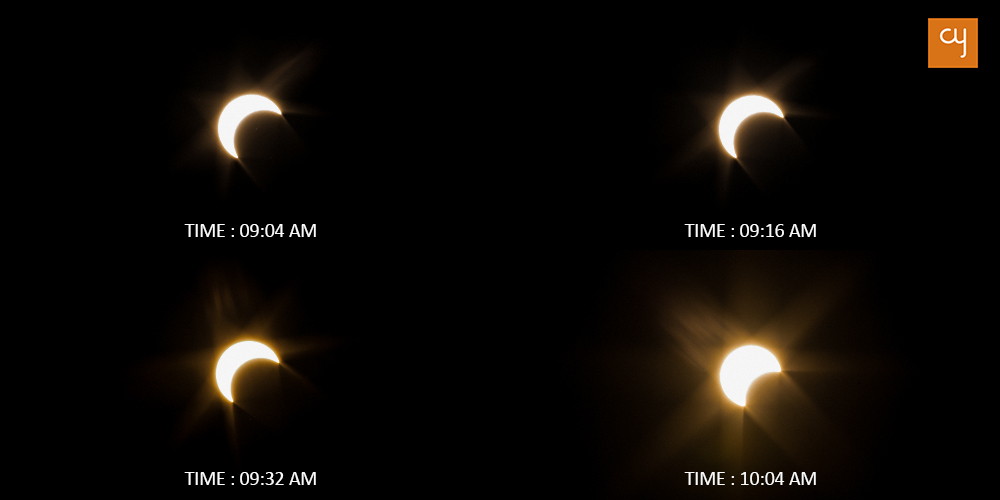 If you missed this one, the next annular solar eclipse will take place on June 21st 2020 which will be a rarer and far deeper one as the Moon will block 99 per cent of the Sun. It will be visible from Democratic Republic of Congo, South Sudan, Ethiopia, Eritrea, Yemen, Oman, Pakistan, India, Tibet, China, Taiwan and Guam. So let’s keep our fingers crossed and hope for clear skies.