Amritlal Vegad’s writings about Narmada River left such a deep impression on this photographer in his childhood that he decided to come up with an exhibition dedicated to River Narmada. Glimpse shots of the Narmada Parikrama today at Ravishankar Raval Kala Bhavan, until 8 PM. 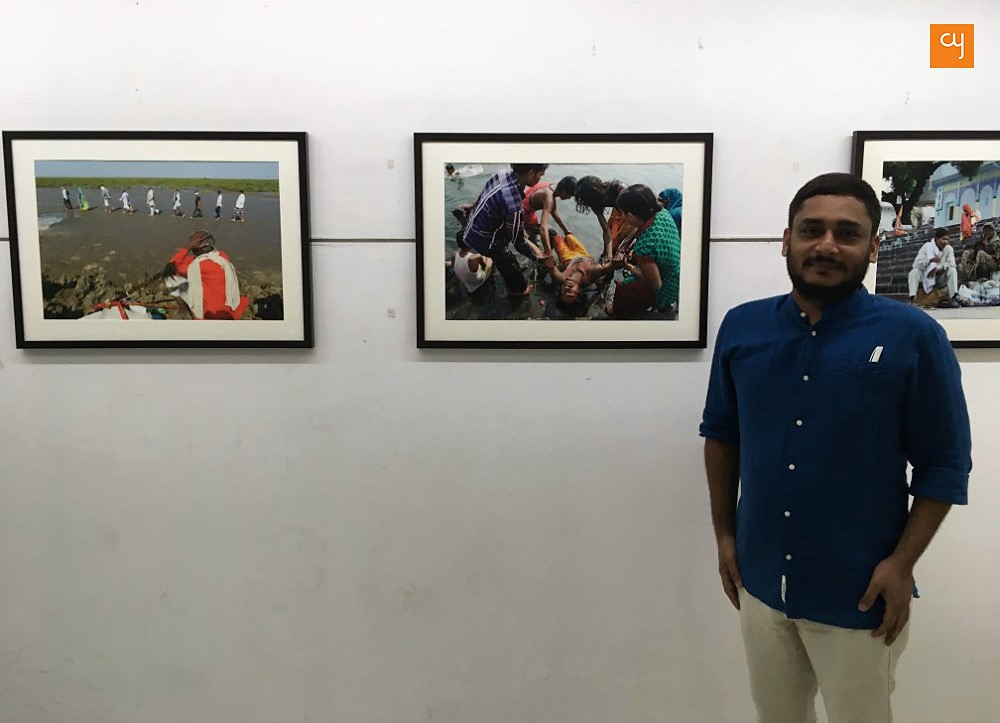 River Rewa, better known as Narmada in common parlance, has been continuously making the headlines for its shocking levels of pollution. But for his solo show, Ahmedabad-based photographer Narayan Patel turns our attention, for a change, towards the river’s sacred dimension. A lifeline of Gujarat, the river is so much more than just a stream of water; it’s considered amongst the seven sacred rivers of India by people across Western and Central India. Patel’s exhibition Namami Devi Narmade, displayed at Ravishankar Raval Kala Bhavan until August 20, showcases 39 photographs of life on the Narmada banks. 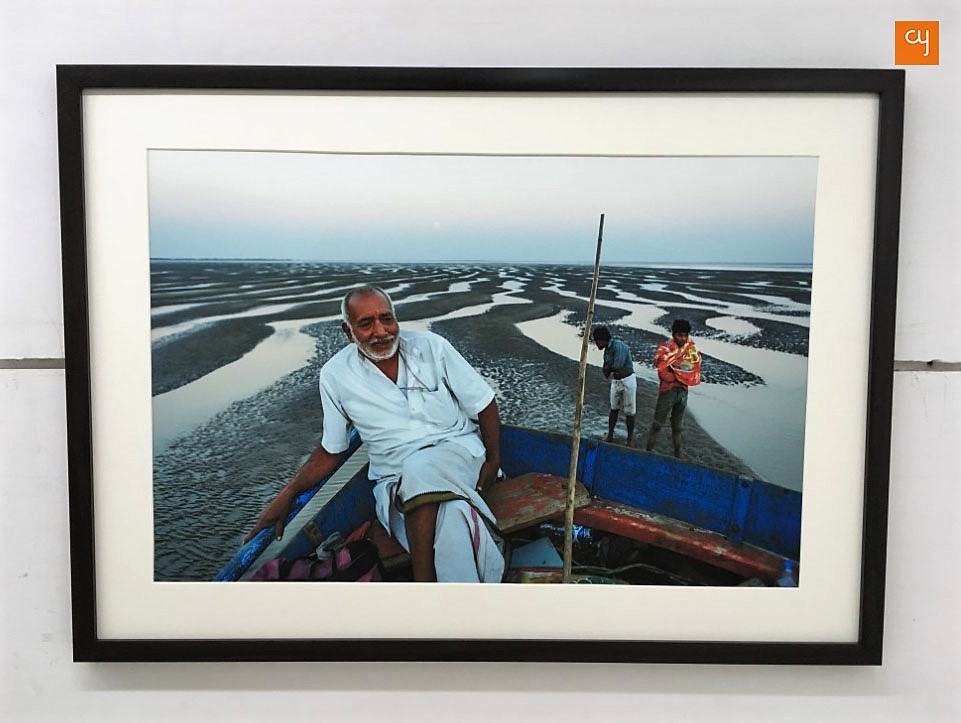 At his exhibition, Patel read outa stirring piece written by Amritlal Vegad in hisbookTeere Teere Narmada. He was so deeply moved in his childhood by how the author had described the beauty of the river that he became motivated to capture this sacred dimension of the river. Vegad, a Sahitya Akademi Award winner, has written numerous books about the Narmada river, like Saundaryani Nadi Narmada and Parikrama Narmada Maiya Ni. When we talked to positive journalist Ramesh Tanna to know more about the book, since he is also a big fan of the author’s work, he said, “Vegad was a writer who could cope up with the tremendous flow of Narmada through his words.” He added, “Even Umashankar Joshi once said that the dancing flow of river Narmada is as gracious as Vegad’s narrative.”Patel tries to capture this same spirit of the river through his photographs. 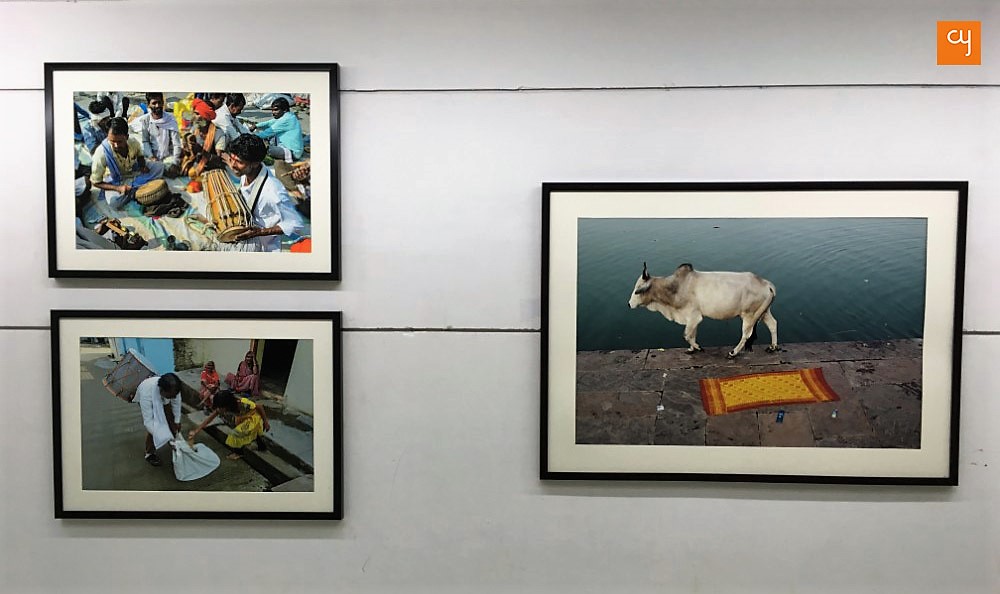 The Narmada Parikrama, a pilgrimage that sees thousands of people walk the length of the river each year, is a prominent feature of Patel’s photographs. Sages and devotees are seen to be dancing, celebrating and praying in states of trance. For me, the most haunting photograph was of a man who, in Patel’s words, “was experiencing a paranormal possession. “Largely, the exhibition highlights the sacred nature of the Narmada. Patel chose not to focus on current issues such as the river’s widespread pollution caused by sewage, as it “it wasn’t going well with the theme”. He added, however, that “such a serious topic deserves an exclusive exhibition.”

Narayan Patel honed his photography skills under the tutelage of Navsari-based professional photographer Nevil Zaveri. He works to capture the cultural and folklife of India, especially of Gujarat. The colours of his photographs are simply luminous; the photographs bear a signature print quality that only Navajivan Press has so far achieved in Ahmedabad for art photography prints. The exhibition has been supported by Gujarat State Lalit Kala Academy and will be exhibited in Indore from August 24 to 28. 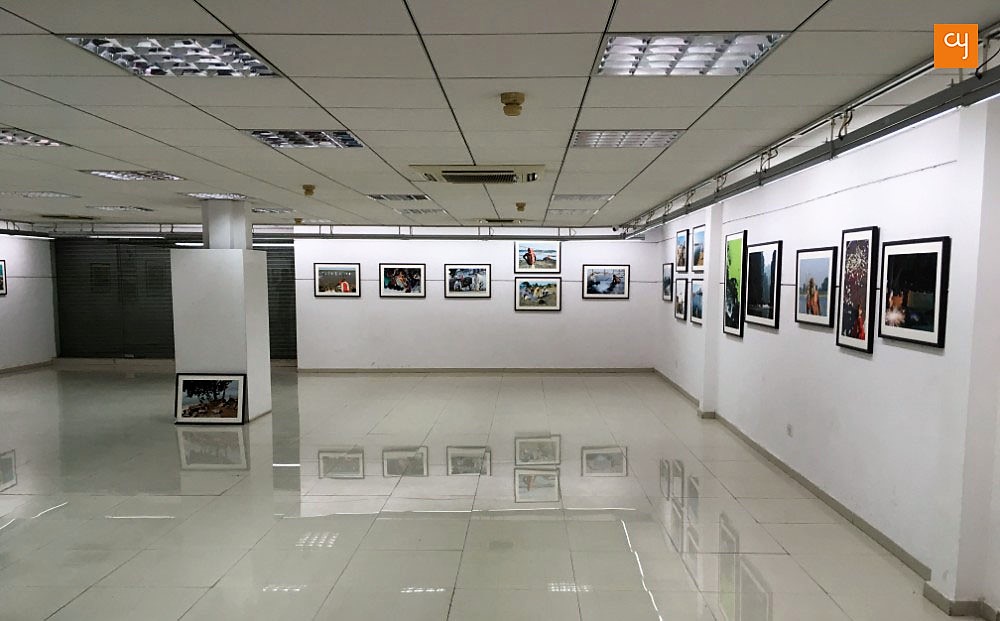 The exhibition will remain open for all at Shri Somalal Shah Art Gallery at Ravishankar Raval Kala Bhavan until Monday, August 20, every day from 12:00 PM to 08:00 PM.