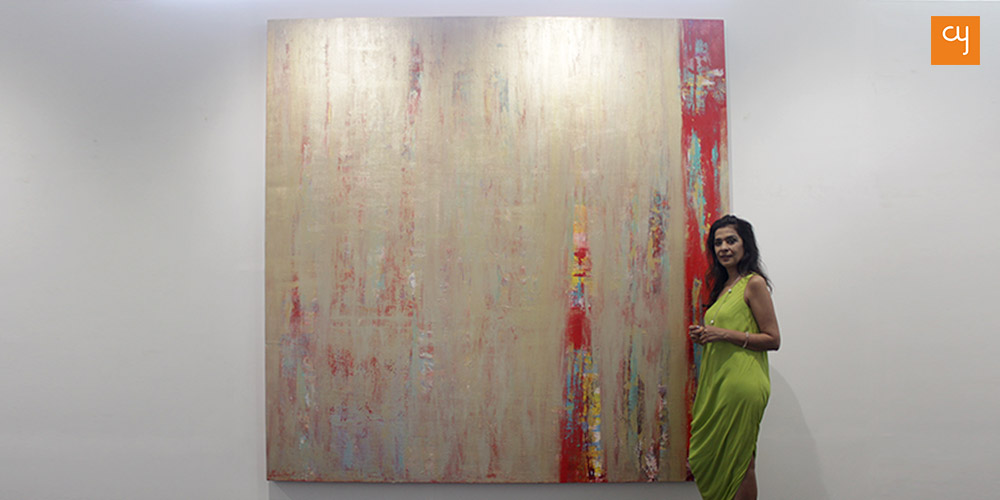 London and Mumbai based abstract artist Nanda Khiara has been transiting between places: coming from London to Mumbai and Ahmedabad and going back after her shows. We say this also for the reason that in 2018 alone she put up five shows between Feb and October that year.

She has also called her current show at 079 Stories, Ahmedabad  “In Transition” which opened at the Gallery on Friday, Feb 15 last and features 21 big and small eye-catching thought-provoking works of the artist. 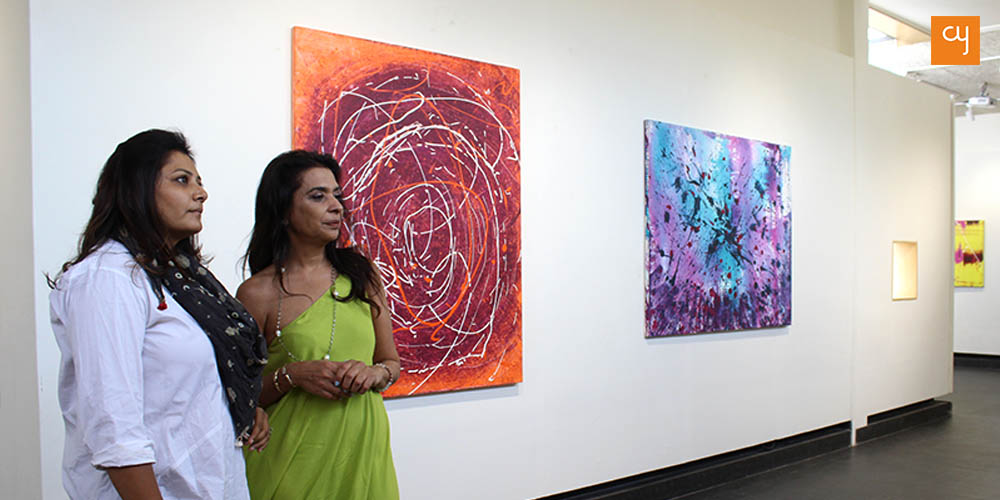 Khiara, who has been consistently showing her works since 2015 mostly in Mumbai but also at London and Lelystad in Netherlands, and is scheduled to show at Florence later this year, is a first timer to the heritage city – that incidentally is celebrating 608 years of its foundation currently – thanks to her encounter of the artistic kind with Purva Damani of the Gallery.

Go round the exhibition and you notice Khiara has grouped her 21 works in series like The Doors, The Eye, Energy/Transition, Time Travel, Golden Eye and Royal Series, which in turn feature 3 to 5 works each. The predominant medium used by Khiara is acrylic and oil on linen canvas and conventional canvas.

While the series, in turn, features works under even more specific titles, and that makes sense when you have abstracts works to show, she plays with the scale, colours, textures and layering which shows visibly as you move around. For example,  her work Doors is not only the biggest and has been referred to as the “Show Stopper”, it’s a work that was finished with eight layers of paints!

Similarly, though the two works under the Thought Series both 12 by 12 inches are the smallest in scale, yet they portray some intertwined or nebulous patterns to capture the complexity or hazy nature of the human thinking more often than not. 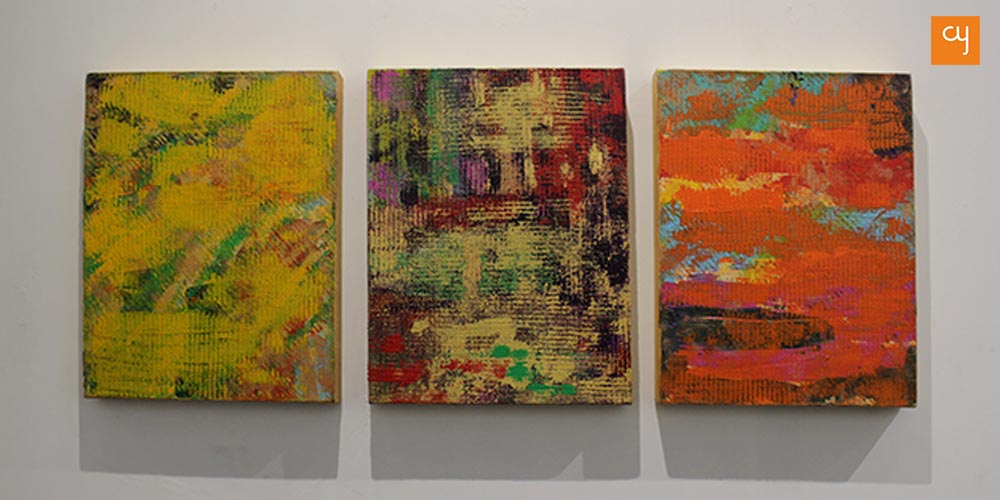 Two long landscaped works in her series Time travel use some criss-cross of several colours from bright yellows and red in Sunny Life to browns and blacks in Flamboyant Life! Interesting contrasts are seen in the works Winter and Autumn. A great deal of textured treatment in blood red tries to subtly depict the female and male forms, nay the feminine and masculine energies in the Diptych work Porte d’Argento Rosse I & II.

The compact show of 21 works makes an intense study complete with its interesting narration through the catalogue. The prices start in five figures and gradually go up with the scale of the work both in dimensions and colour application. The show is on till March 03. 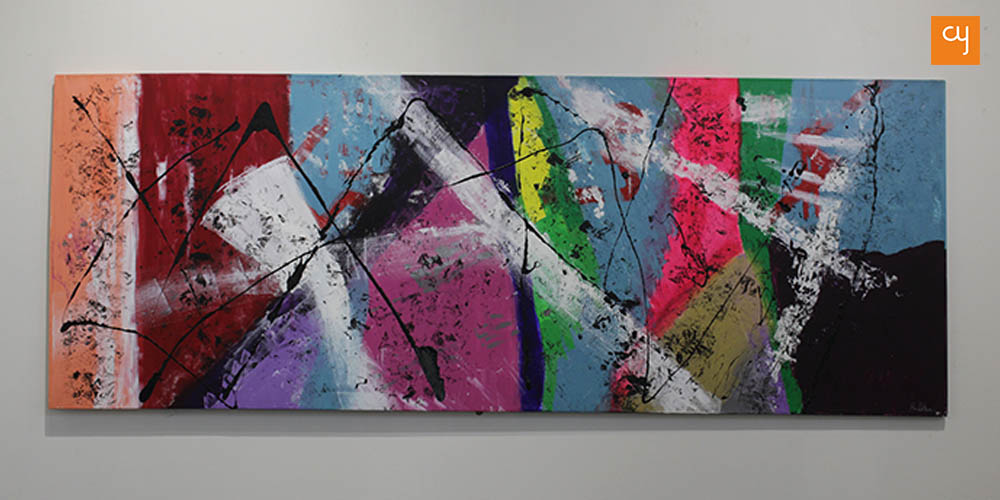