The city is brimming with talent, and the art fraternity of Ahmedabad is growing with closet creators coming out to showcase their artistic talent. Kirit Jhaveri, a jewellery designer from Ahmedabad, is one such addition to the city’s art landscape. His solo show titled ‘Woven Art’ opened on March 16th at the Ravishankar Raval Art Gallery in Ahmedabad. The exhibition consists of 21 unconventional art pieces that are made using a distinct method. 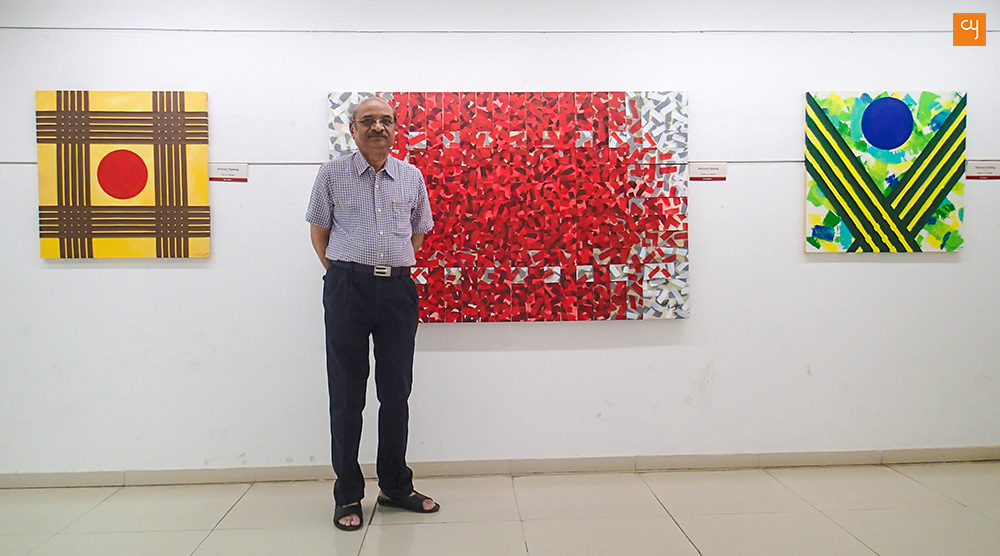 With over 5 decades of experience in jewellery design, Jhaveri has an evolved sense of composition and fine art aesthetics. Under the tutelage of portrait artist Dinu Patel and Vinod Patel, Jhaveri took his formal art training and has since then been producing figurative, portrait and realistic art pieces. In this exhibition, the artist has created woven artworks by intermingling two different canvases together to provide vibrant geometric forms. The acrylic on canvases has been cut down into strips and than is weaved into each other, eventually making it look like a magnified piece of fibre. The works are a manifestation of how meticulously he must be crafting all his intricate jewellery designs. 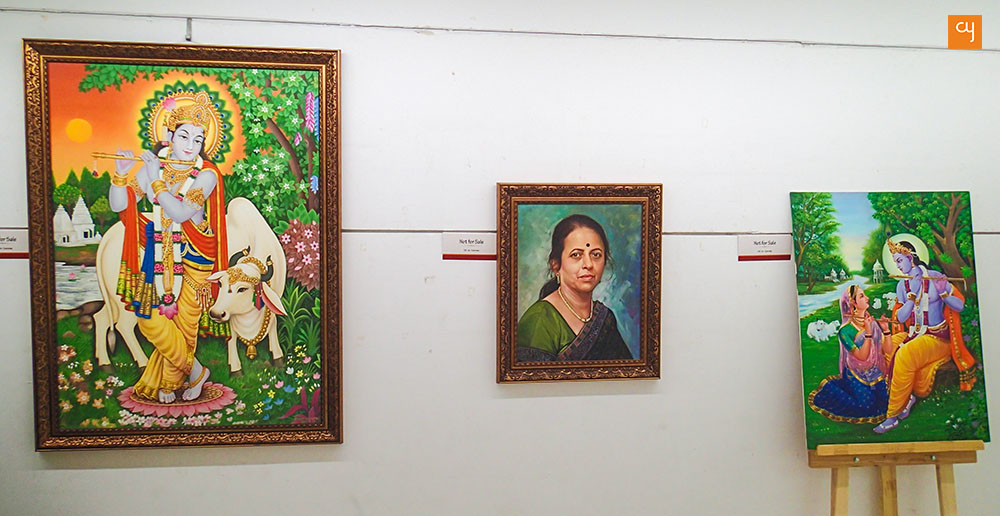 Jhaveri conducted his first solo exhibition in 2013 but the inspiration to hold his second exhibition was seeded 30 years ago. He says, “There aren’t many people, who make these sort of paintings. Some 30 years ago, while strolling in a resort, I had viewed a painting with similar technique. That stayed with me.” The show also has on display few of his realistic compositions and portraits. 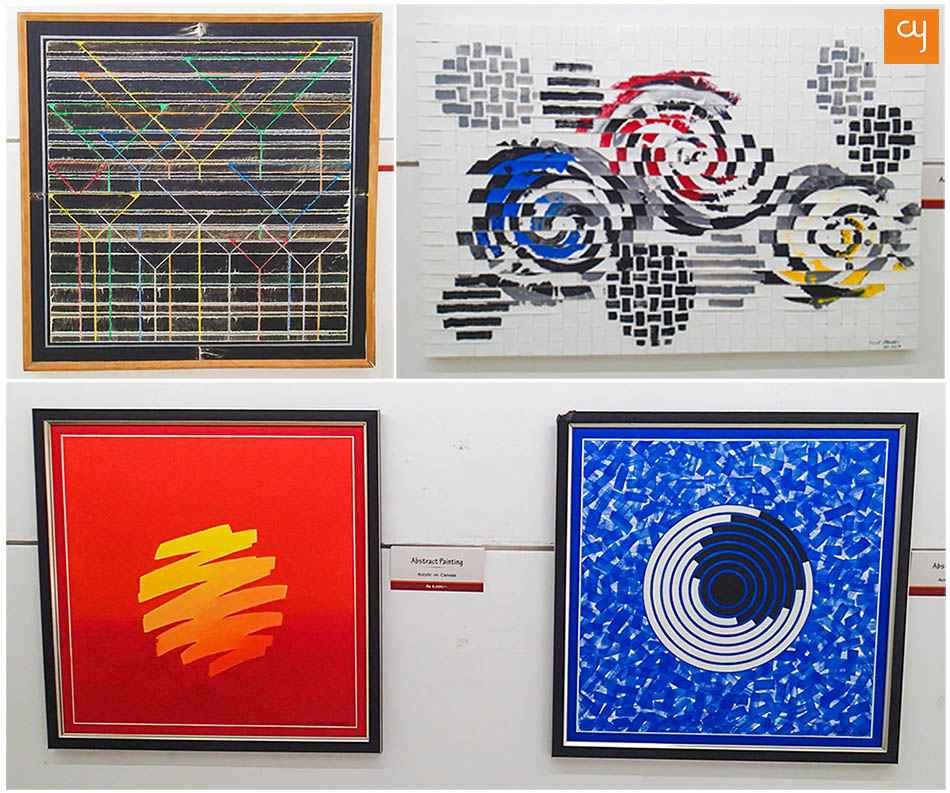 The show will be open until March 19 every day from 11 am to 9 pm at the Ravishankar Raval Kala Bhavan. We are so glad that the authorities of the premises took the effort of cleaning and repainting the walls. The gallery looks much better, and we are more than happy to request all of you to experience the change.