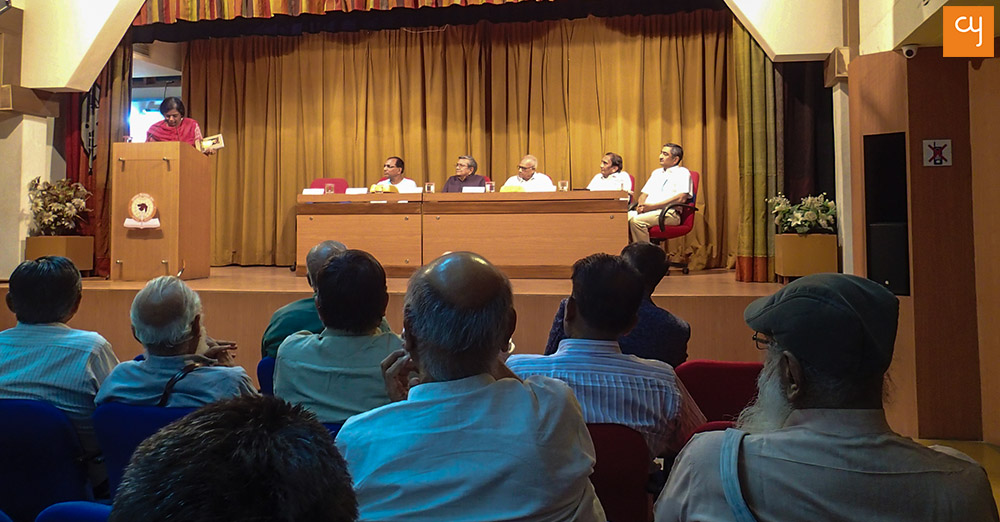 The modern art society of India, especially of Gujarat, wouldn’t have thrived with such profoundness if Kalaguru Ravishankar Raval wouldn’t have, decided to go against his father’s will and join the JJ School of Art, Mumbai to receive formal training in visual arts through artist Cecil Burns in his early years. Christened as ‘Kalaguru’ (master of art) by noted Gujarati litterateur Kakasaheb Kalelkar, Raval’s contributions to Indian art are far reaching and many. On March 21, Gujarat Vishwakosh Trust invited veteran artist Amit Ambalal, art collector and connoisseur Anil Relia, general secretary of Gujarat Kala Pratishthan Ramnik Jhapadiya, and writer-publisher Ramesh Bapalal Shah to talk about Raval’s influential artistic life and its impact on the modern Indian art society.

The session was organized to commemorate Kalaguru’s 125th birth anniversary year, and the prestigious juncture was well received by the art community. It was inspiring to listen to anecdotes and experiences of veterans on Kalaguru’s life and work. Ambalal shared an amusing anecdote that connected Raval, Mahatma Gandhi and Sardar Patel saying, “When artists from Shantiniketan arrived in Gujarat for a visit, Raval was annoyed with Bapu and Sardar on how they were giving importance to them instead of the Gujarati artists. But when Raval went to Bapu to share his exasperation, Bapu, on the other hand, gave him the responsibility of their hospitality.” Anil Relia threw light upon the influence of Raval on the artistic journey of other artists. He shared how Raval became a beacon for artist Gulam Mohammed Sheikh and pushed him to join the MS University. The Padma Shri mentor co-founded ‘Vismi Sadi’ magazine and later established the Kumar culture magazine, which is still into circulation. Zapadiya shared, “Our institute has published more than 19 volumes of art literature on emerging as well as veteran creators. The 2 volume long book series on the life, art and aesthetics of Ravishankar Raval is a one of a kind publishing initiative.”

The audience was given a gilded opportunity to firsthand witness the aesthetics of the artist in focus. Ramesh Shah presented several high definition prints of Raval’s works at the Gujarat Vishvakosh Gallery for the audience to glance. Raval’s work has influences of Indian Classical painting style and is deeply inspired from Raja Ravi Verma’s religious portraits. Raval has extensively painted poets, both of his time and the early era. His paintings of Narsinh Mehta, Akho, Mirabai and others are widely seen and are part of the Gujarati visual memory. A lot of these are presented at the exhibit. Also exhibited are the covers of Kumar magazine, sketches of famous poets, writers and influential personalities painted by Raval. Shah mentioned about Raval’s habit of painting people while conversing with them. Many of these artworks are believed to have been created in that fashion. He further added saying, “Raval was greatly influenced by the frescos of Ajanta caves and managed to manifest the identical details of the cave paintings in his masterworks.” His artworks are about the historical lore and also consists of fictional characters from famous Gujarati novels. All of us would have seen this images, as they are popularly associated with the visual identity of these greats; but many may not know that these are created by the great Ravishankar Raval.

All in all it was a pleasant evening that let the audience come face-to-face with the vastness of Ravishankar Raval’s life and work. 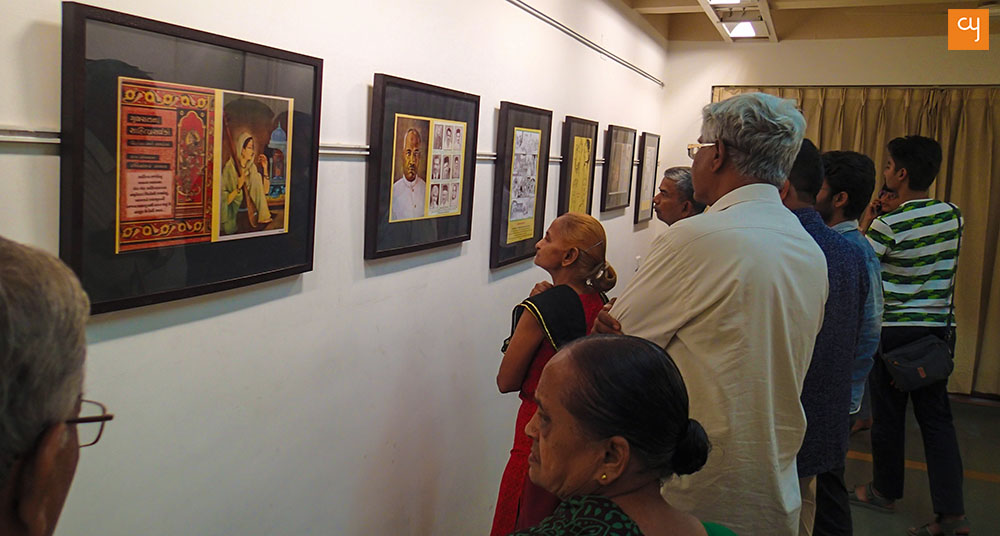