Gujarat Literature Festival is back in Ahmedabad with an exciting schedule 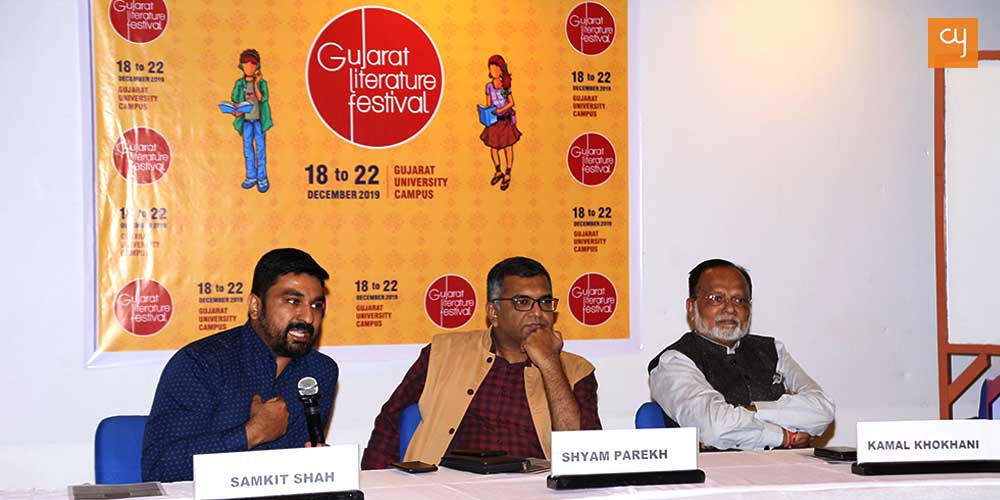 Gujarat Literature Festival (GLF)returns to town to enthrall the city with top notch literary events. Taking place at the Gujarat University campus, the 8th edition of GLF has some really interesting line up that sets it up as the key event of the season.

Returning after a 1 year hiatus, Gujarat Literature Festival (GLF) is back to enthrall Ahmedabad for its 8th and the biggest edition ever. Through the 5 day literary extravaganza GLF aims at creating an appreciation for Gujarati literature amongst the citizens of this bountiful state, to preserve it, and to celebrate the fruits of this enriching domain.

Studying the massive footfall that GLF has received over the years, this time the organiser’s shifted the venue to a more expansive location – the Gujarat University campus. The enormous campus of GU allows 4 programmes to be conducted simultaneously while leaving ample space for parallel events to operate smoothly. The visitors will also be freed from the hassle of parking as there is an arrangement for valet parking at the facility.

GLF modifies its programme each year, bringing various new talks and discussions on the stage, allowing people to explore the many things that make up the literary domain. This year, the entire programming is divided among 6 categories, a lot of which will run parallel. They are the Gujarati Sahitya Mahotsav, Fountainhead, Tabariya, The Indian Screenwriters’ Festival, Bizlitfest and Artfest, apart from the workshops, evening entertainment events and other collaterals.

The Indian Screenwriters’ Festival is a first of its kind and the only festival for film – TV – web series writing where well-respected screenwriters of the country, like Vishal Bhardwaj, Vijayendra Prasad and Gazal Dhaliwal, will come together and educate budding writers about the scope in screenwriting, and help them with the necessary skills for screenwriting. This will include masterclasses, workshops, discussions, talks and intense debates organised in partnership with Screenwriters Association of India. 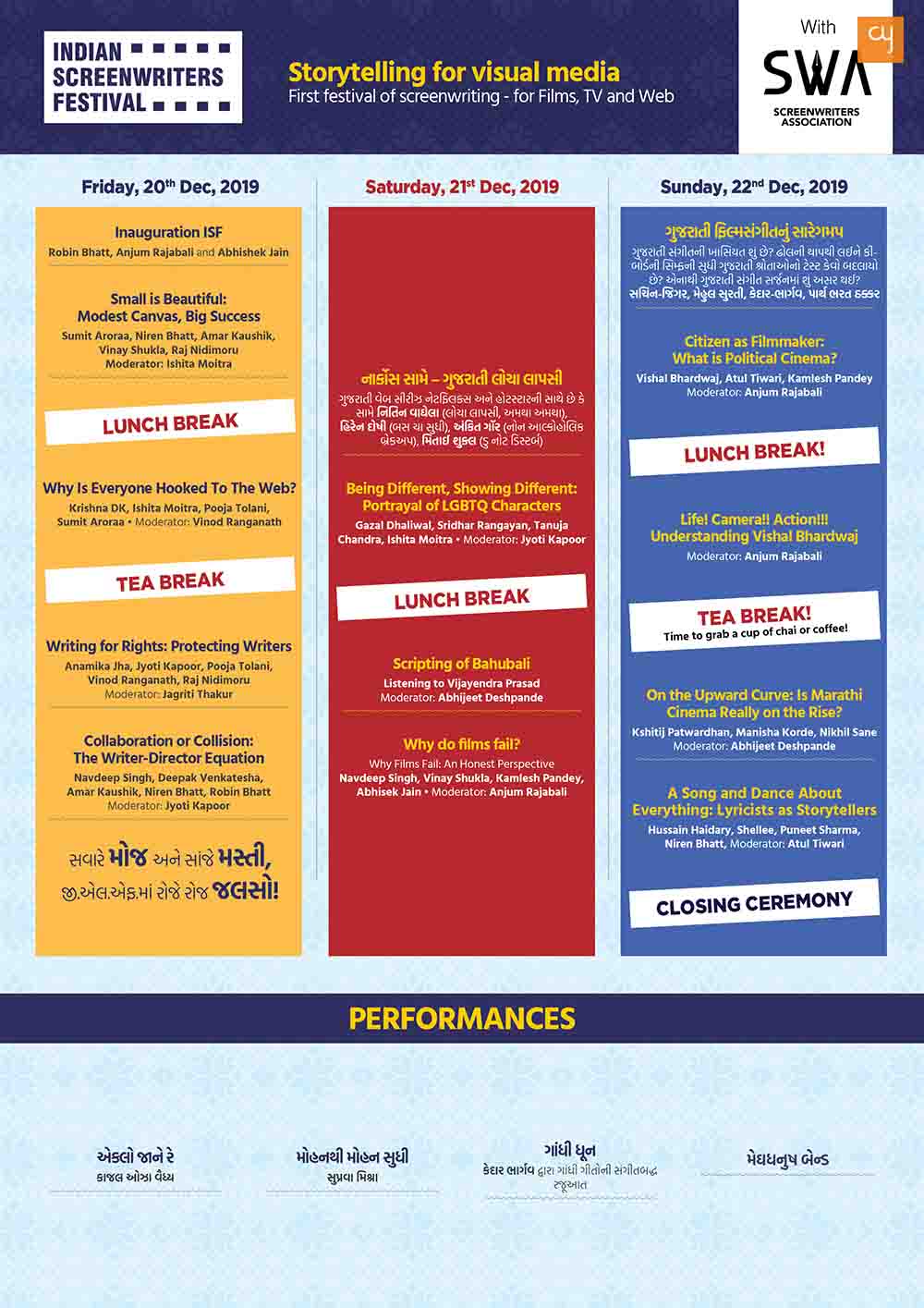 Biz LitFest is a festival that celebrates the entrepreneurial spirit of the city and the state. Gujarat is a hub of entrepreneurs, and the Biz LitFest aims to focus on business literature and the skills that one should possess to communicate and write such literature.

Realising the slowly developing love for art in the city, GLF has come up with ArtFest which will highlight the best of Gujarat’s art, architecture and heritage. The art segment will exhibit paintings, sculptures, photo exhibitions and specially commissioned installations that will showcase the creative potential of the city.

GLF also hosts an event called InkTank which works towards uniting authors with publishers. Aspiring authors can exchange ideas and pitch for book ideas, articles or research papers to the publishers, and the publishers can also find fresh and talented writers here.

Along with these sub-festivals, there will also be a Book Bazaar where you can discover old as well as new books along with various writers launching their books for the first time. And why just stop at literature? GLF will also have a Swad Mahotsav which aims at rekindling the love for some lost delicacies from the region.

With the promotion of literature and culture as one of its main focuses, GLF aspires to re-ignite the feeling of being a Gujarati amongst Amdavadis. Shyam Parekh, the Festival Director of GLF, said,

“The reason for us to come up with this festival was that Gujarati language is a medium of reading, writing and speaking, the three things are connected to cerebral pursuits, but intellectuals have been overwhelmed with its entrepreneurial identity. We believe that Gujarat’s identity is not limited to just entrepreneurship and wealth, but its power lies in the thought and thinking process of the individuals. So, we started GLF to bring out this very ideology to the people.”

GLF is scheduled to start on December 18 and will go on till December 22. Become a part of this festival as the Gujarat University turns into a literature haven.

Check out the full schedule of Gujarat Literature Festival 2019 at:  http://bit.ly/2tnFGkz