When a spark of creativity is seen with anyone pursuing an art form, it creates a moment of exhilaration. I celebrate one such moment three budding writers aspiring to be playwrights created at Theatre Media Centre last Monday. The event was meant to felicitate three young writers selected under the BUDRETI-TMC Playwriting Initiative in its ninth year. The format given to them this year was Monologue. Out of twenty-three aspirants, Mahesh Dheemar, Meenakshi Chandarana and Vandana Shantu Indu distinguished themselves with their interest and modest ability for dramatic writing.

The core personal qualities of a creative artist perhaps are sensibility and empathy. It is a gross world with its two simple dimensions that we live in. We are constantly in contact with this factual reality. The morning newspaper reinforces consciousness of this world and we take it to be the real one.  A person having sensibility goes beneath this grossness. He goes to the core of it. We read the other day about a young dancer in a village in Uttar Pradesh, who short of breath had a pause and a villager ripped her jaw with a bullet. One in a million readers perhaps thought of the compulsions of the traditional young dancer and her emotional makeup.

The usurpation of the throne by his uncle and his mother becoming the uncle’s wife in unseemly haste led young Hamlet to the perception of the whole society morally corrupt. Such was his sensibility. It is when stripped of his material possessions and pomp that Lear, caught in a storm, gets to think of the common man and empathize with him. The two finer human qualities make all the difference in an individual’s life as in art. A distantly seen faint glow of a particle of a spark in the three raw writers prompted these thoughts.

In a simple script, one of them (Meenakshi Chandarana, Vadodara) has a widowed husband see in retrospect in the wife he has lost this empathy. On realizing that she won’t have a child, she stretched the limits of her family and developed a contended life. She did not ‘occupy’ herself with routine hobbies. Instead, she helped the needy, taught the poor, fed the cat, the dog, the birds, and kept smiling! Yes, a simple script with an apology for dramatic happenings and images. The proof of the pudding is in the eating. A good actor can put life into the words and create a touching solo performance.

Beautiful images and a dialect full of life invest one of the scripts (Vandana Shantu Indu, Vadodara) with a pretty good sense of drama that helps sketch lively characters. ‘ Zubeda noticed that when Jivi laughed her breasts did not look like those pots overflowing with water they used to earlier.’  Jivi is quoted saying ‘how could one bathe in a river that has only slabs flying about!’ Unfortunately, the images remain unanchored thematically and the episodes in the latter half-turn centripetal instead of converging on the central character of the monologue. The piece reads more like a short story. 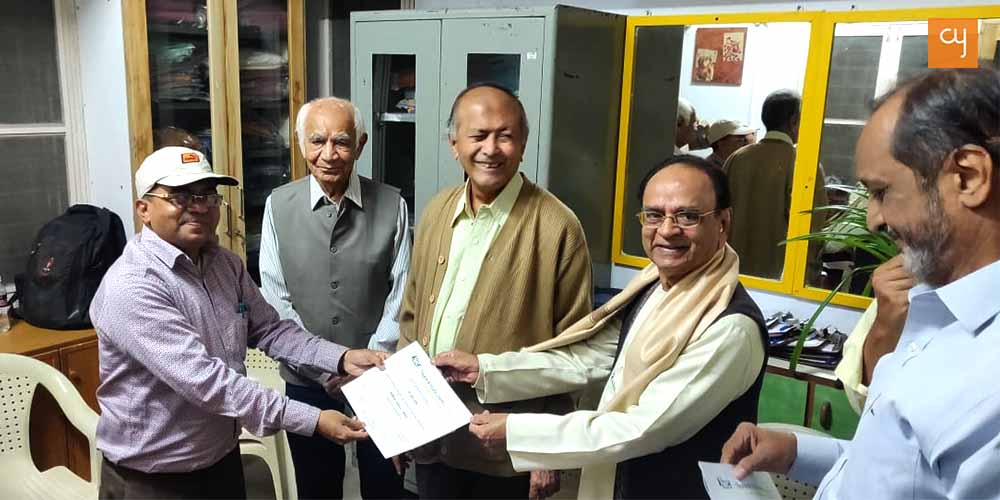 The third script (Mahesh Dheemar, Mahuva) surprises one with a flash of creative imagination. With the idiom and its rhythmic prose lines creating something of an aesthetic distance, it reinterprets the mythical character of Shikhandi within the familiar concept of Shiv and Shakti in a style making its theme intelligible to the modern mind. With a chhand, and perhaps rhymes, to control a relentless torrent of words, the writer has the potential of partly dropping literalness and developing verbal economy having inbuilt suggestiveness. Reading Umashanker Joshi’s verse dramas can help. In a line like Vege jai sammukh tedi laavo te Draupadijit abhijaat Arjuna …  each word assumes  significance.

At the felicitation function on the late theatre person Hasmukh Baradi’s birth anniversary, Manvita Baradi made two announcements. Fresh one-acts are invited for the tenth playwriting contest under the scheme with woman-centric themes. And, as a follow-up to the 9th year contest, a workshop will be organized for emerging playwrights and directors.