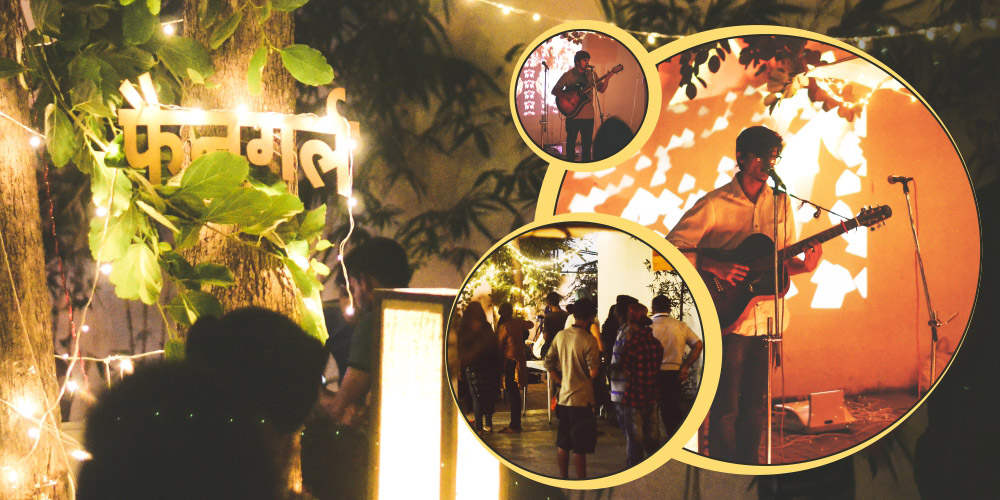 Amidst the pop culture of Bollywood chart-topping music, a group of friends in Ahmedabad, who hail from diverse backgrounds, are endeavouring in a different musical terrain with the initiative that is interestingly called Fangirl Live. They are working to create a space for original independent music and with this motive organise musical do’s across the city. The night of October 31st, 2017 was brightened up by a musical night organised at the newly opened Project Otenga cafe.

With a line-up of two independent musicians – Amartya Ghosh from Delhi and Shashwat from Baroda, the evening showed lot of promise, and it lived up to it. Meet Bhatt from the organiser’s team shared, “This is a ‘Pay What We Deserve Show’ and the money collected from enthusiasts takes care of the sound rental and artist expense.” The gathering comprising of curious youngsters looked fairly open to experimental stuff and responded positively to Meet’s call.

The performance arena was jam-packed with music connoisseurs, and many seemed familiar with Amartya Ghosh the prodigy unplugged musician from Delhi, who was in town for second time. He shares about his association with music saying, “I come from a fairly musical family since except my father everyone was somehow touched by the melody industry in some ways. I got into songwriting in college days and play independently at ‘Ghar Ka Studio’, which is a studio built by my band members and me.” Amartya Ghosh can be easily heard on YouTube singing at popular platforms of Sofar Events sand Balcony TV, and few of his notable songs are Lone Dancer, Letter from Annabelle and Love Bids At Day Break. The stirring voiced songster has recently come up with his new album ‘What Does That button Do’.

Young Shashwat gave the gathering a taste of his soulful voice, as he strummed some soft numbers on his guitar. 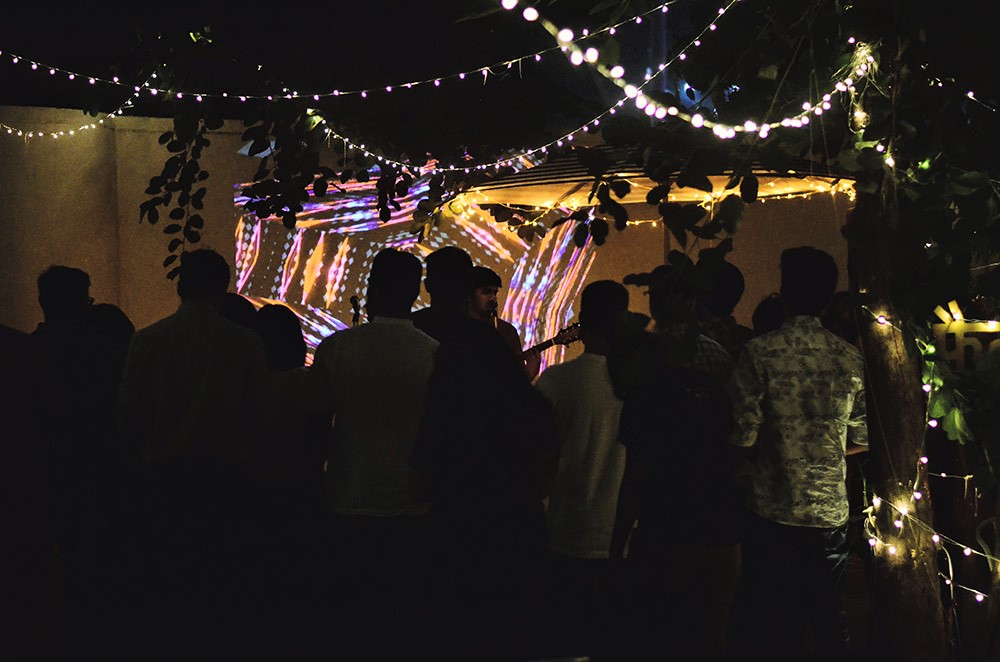 The venue partner of the event, Project Otenga a “Mindful North Eastern cuisine serving eatery” located in the heart of Ahmedabad University campus has been found by Dayananda Meitei and Kabya Shree Borgohain, who left their corporate jobs to make “a place that roofs mindful beings who are willing to create cohesive innovations.” The music and the venue complimented each other wonderfully well