‘Aa Che Siachen’ is a brave and insightful Gujarati coverage of the life of Indian soldiers working in Siachen Glacier.

The power of journalism has always shaken the world with its force, but this time a civilian has further crossed its comfort zone to bring forth the real story of Siachen for readers. Harshal Pushkarna – Editor of Safari Magazine, a 30-year-old Gujarati Journal– endured mental, physical and technical hardships so as to reach the Siachen glacier and cover the ultimate valour of our armed forces there. His breakthrough Gujarati coverage titled ‘Aa Che Siachen’ (this is Siachen) was launched at the Town Hall in Ahmedabad on the 68th Republic Day of India. The book elaborates on the real story of the Indian Army that is surviving strongly out in Siachen at a height of 22,000 feet, in temperatures of -55 degrees Celcius.

“We Indians have a high level of tolerance and our army is the reason why we are able to relish a good sleep every night,” said Pushkarna’s father Nagendra Vijay, who is also the founder of Safari Magazine, while inaugurating the book and sharing a few stories on the India-Pakistan partition. “I am not just going to talk about the bravery and glory of the armed forces that one should know about” said Pushkarna, explaining how soldiers also work and live in extreme conditions and that they live empathetically with each other in order to survive all odds. 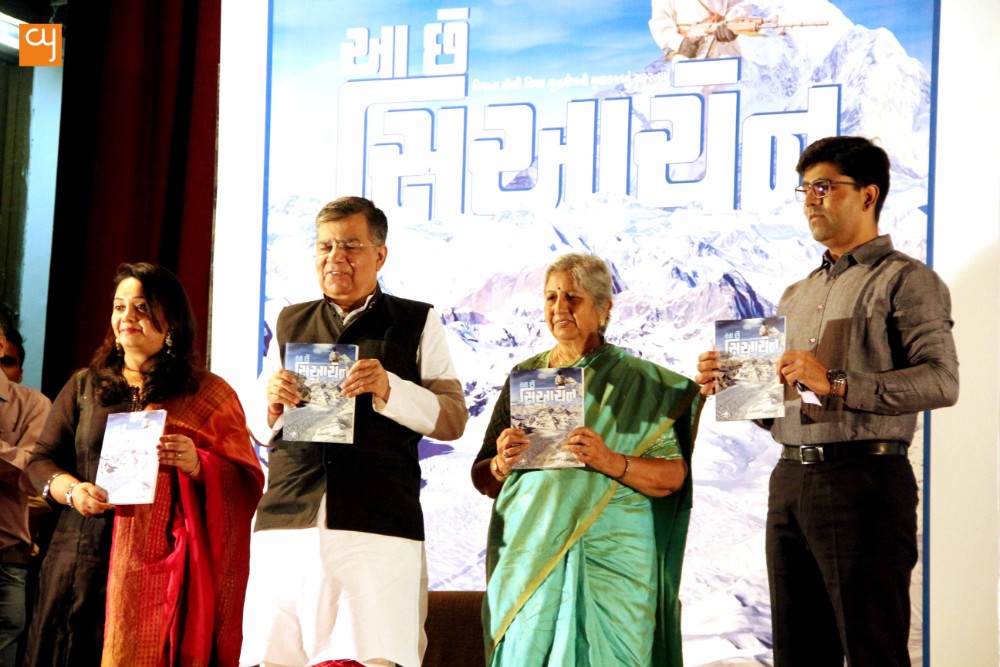 As the session proceeded, Pushkarna further quoted, “Ahmedabadis are renowned for business but my journey to Siachen proved this quote insufficient.” During his journey, Pushkarna came across a story of a soldier who hailed from Ahmedabad and unfortunately couldn’t survive one of the frequent avalanches of Siachen. To honour the bravery of Late Capt. Nilesh Soni, his brother was invited on to the stage and gifted a copy of the book, in which Soni’s story has a special mention. Not many people are aware of the fact that Soni’s family has placed a sculpture at the Anjali Cross Roads of Ahmedabad at their own expense to honor the late army man.

Although Siachen actually means ‘Region of Roses’ in the Balti language, Pushkarna ended the session on the concluding note that “the name is rosy but the situation is thorny.” One can grab a copy of this literary work ‘Aa Che Siachen’ at leading bookstores of Ahmedabad.