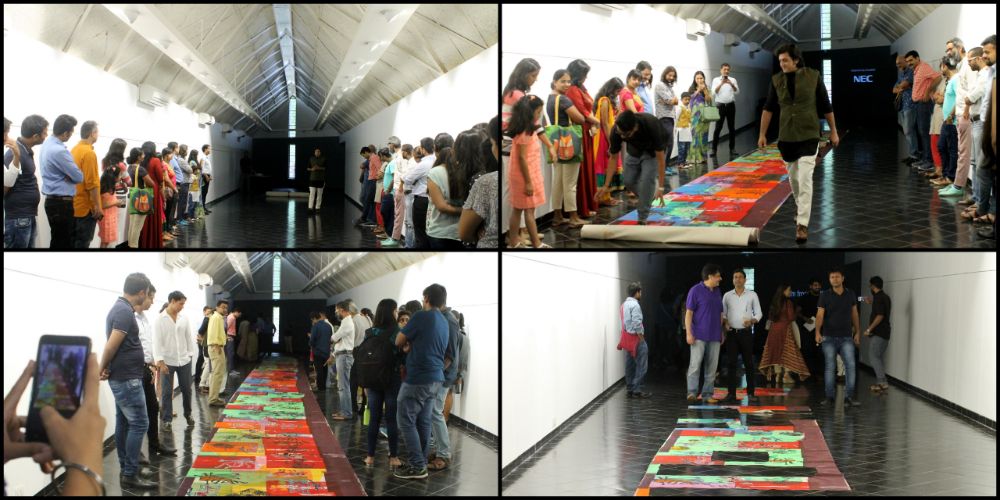 Curated by Fashion Designer Digvijay Singh, this was one art show that left Amdavadis bewildered in pleasant amazement. Held at the Amdavad ni gufa on September 3 & 4, Dilda White and the Art Factory was unique in more ways than one.

Starting from the invitation time of 5.37 pm and empty gallery walls, the visitors were continuously poked to experience something different. 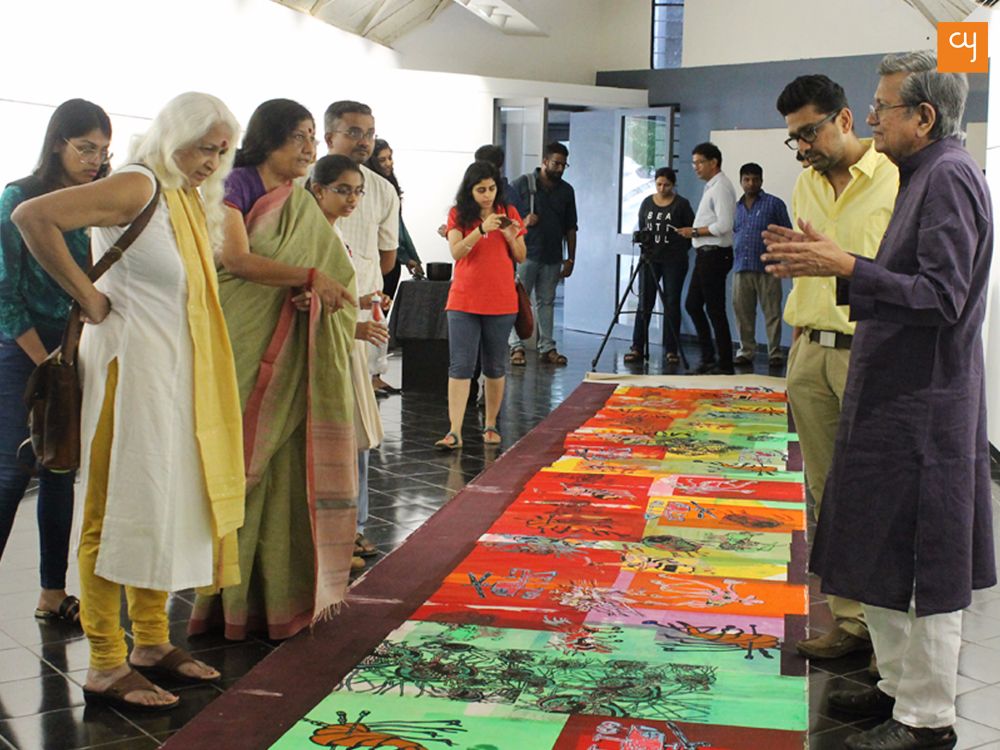 The curator, Digvijay Singh who wanted people to be reminded of value of time, at sharp 5.37pm,  unfolded a 75 feet long art piece. Art lovers stood by on sides, and Singh with his volunteers rolled it over the gallery. He announced, “See it, feel it.” While the visitors were quite engaged in seeing the long art work, there came another announcement, “You can step over it, rumple it, sleep over it.”

There were whispers in the gallery and most of the people who did not even know each other, interacted with eyebrows raised and confused looks ever seen at Gufa. To add to their amazement, Singh further announced, “Whoever has a ‘golden ticket’ in his invitation card, can pick up a paper chit which has mention of sizes(1*1 foot OR 3*3 foot), and he/she can cut a desired part of the painted canvas and take it back home.”  This got the people into an interactive mode, indeed a unique curatorial approach. 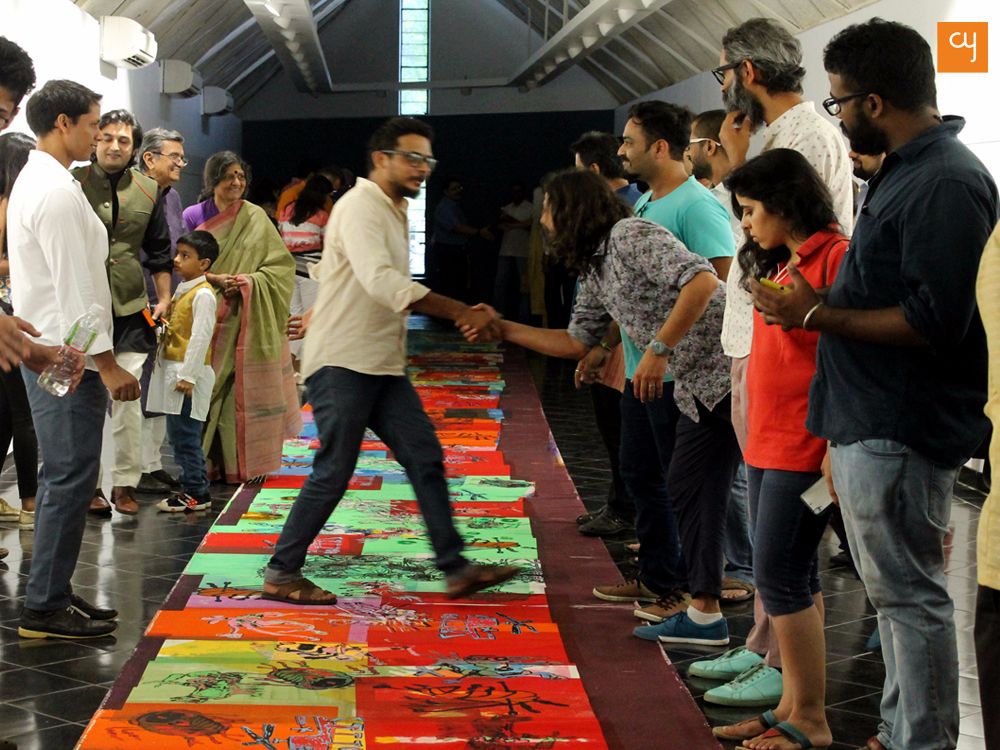 Yet, the audience was apprehensive in stepping over the art work, and they continued to move by the sides of it. The awkwardness got broken, when the curator and his volunteers initiated the walk on art piece. May be, it was for the first time; an unimagined moment for art lovers to not see the exhibits framed on the gallery wall, but to actually ‘engage’ with it. 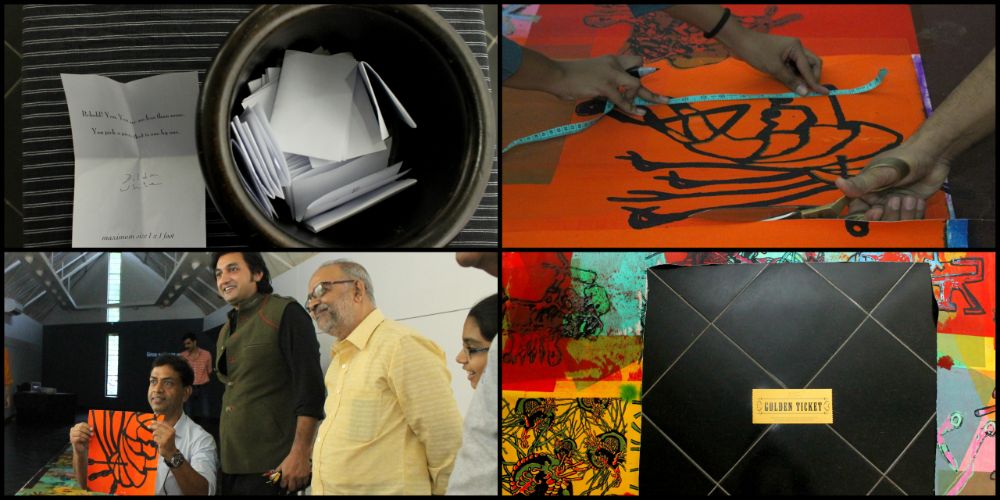 All eyes gazed on a gentleman who announced his first golden ticket, and volunteers helped him cut his desired part from the canvas. People, clapped, and the moment was celebrated.  This was something never experienced before, by most at the gallery at that moment.

Then, there were moments of ease. People stepped on it, requested parts of it, veterans were honored by giving them parts of canvas that they desired. 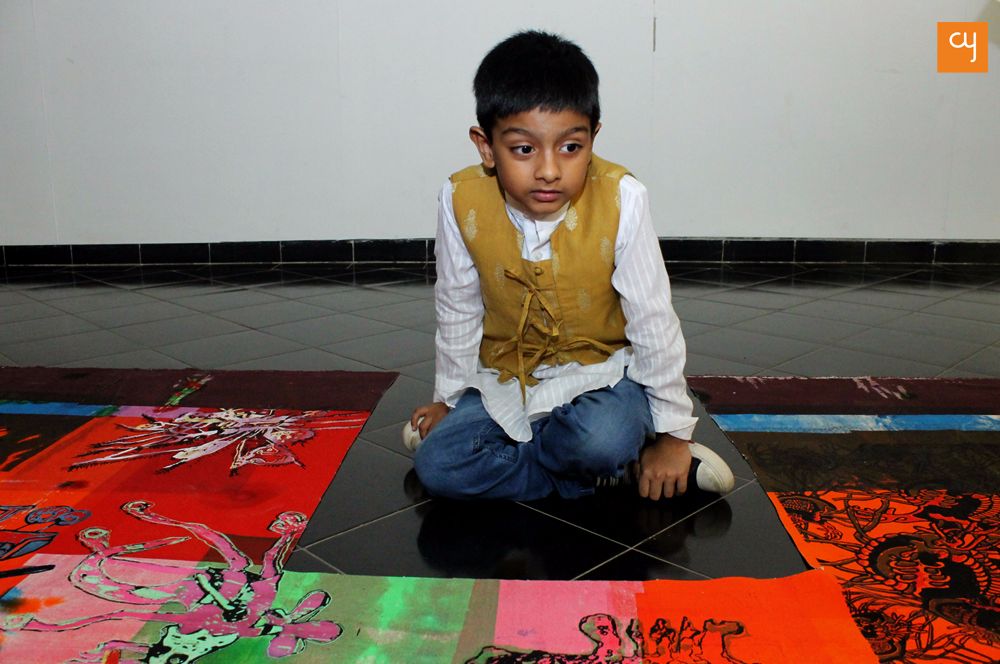 The exhibition was named, Dilda White & the Art Factory. Curator Digvijay Singh claimed that he was merely a curator and the art work was done by an Artist, ‘Dilda White.’  So who really is ‘Dilda White’, is s/he for real or an imagination ?,  Singh was not there to clarify, and he was comfortable to leave the audience with confusion!

Maybe the name is an imagination, a part of the art creation process itself, where the resulting bewilderment, is the actual objective of the entire experience!

Nonetheless, it was  joy for Amdavadi art lovers to experience and engage with art in this manner. The show saw in attendance architect BV Doshi, author and artiste Esther David and Senior Painter Amit Ambalal in attendance along with other connoisseurs.

The remaining canvas shall be either sold off, or given away free on the following day, said Singh “It all depends on what Dilda White-the artist wishes”

Team CY enjoyed the experience and wishes that more such experiments should happen to create new form of engagement between art and connoisseur. 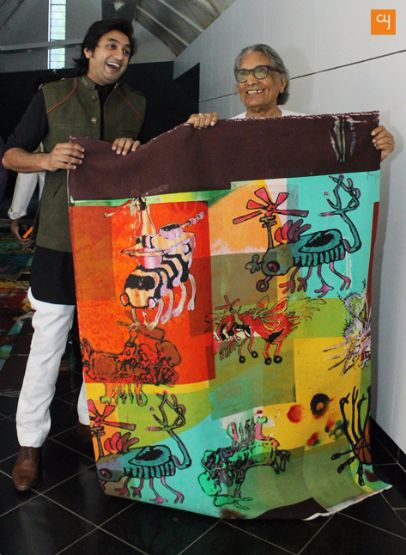 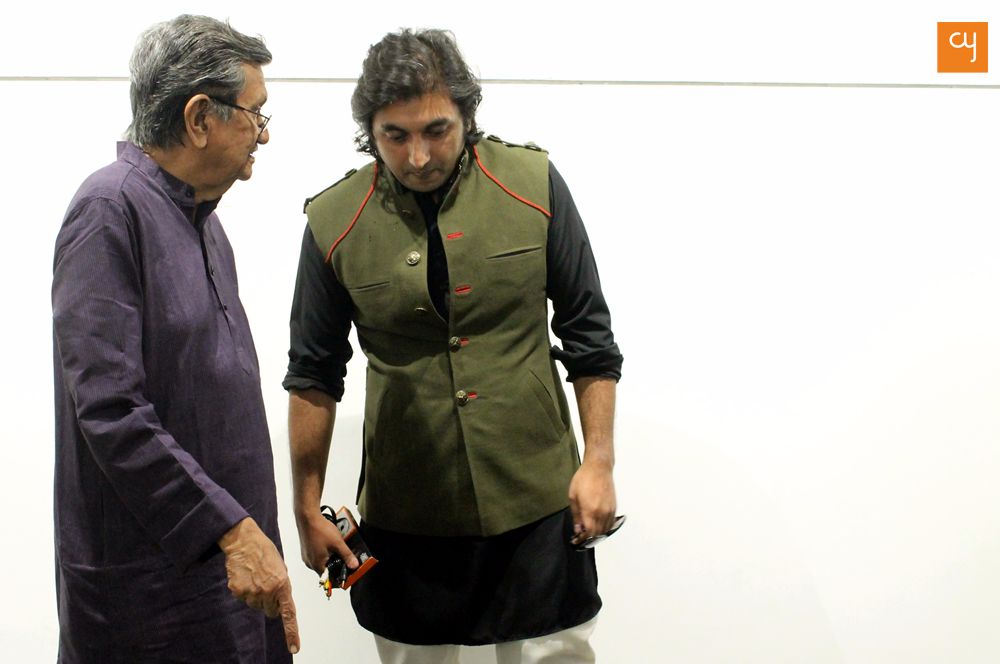