‘Abhivyakti’ has lived up to its name. In its 3rd edition, to go on till March 1, the art events presented, four to five daily, are original, some of them are innovatively so. They are short and are at a modern auditorium in the Knowledge Consortium of Gujarat (KCG) near the Gujarat University. There is an element of competition only at the level of selection, so when staged there is an air of freedom creativity thrives on. 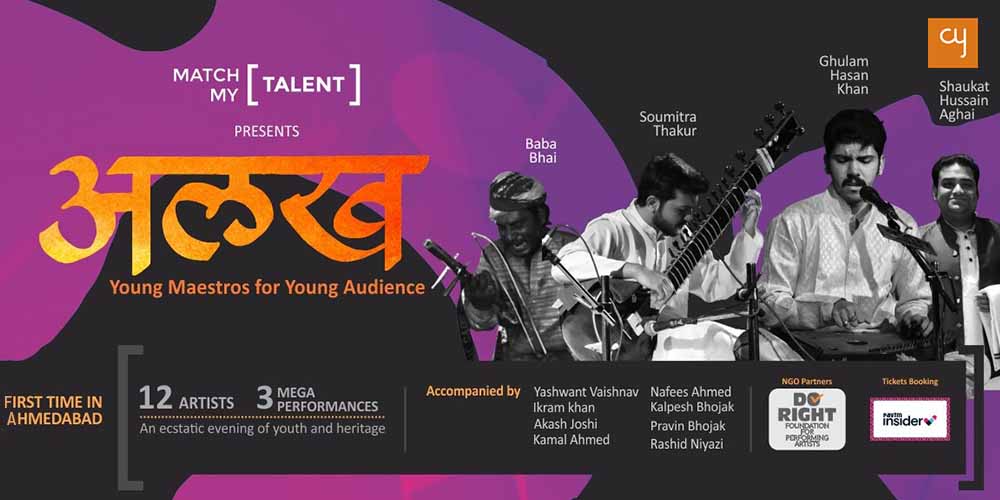 Those taking part, also in numerous art installations, are young and have the zest to express their best talent in the respective sphere. As noteworthy is an effort being made by an all-India young team named Match My Talent, which has been working for the objective of creating awareness, particularly among young listeners, for our heritage in music, both folk and classical. They have identified young vocalists and instrumentalists from across the country and are going to hold their close to a four-hour long concert Alakh at Natarani on February 29. 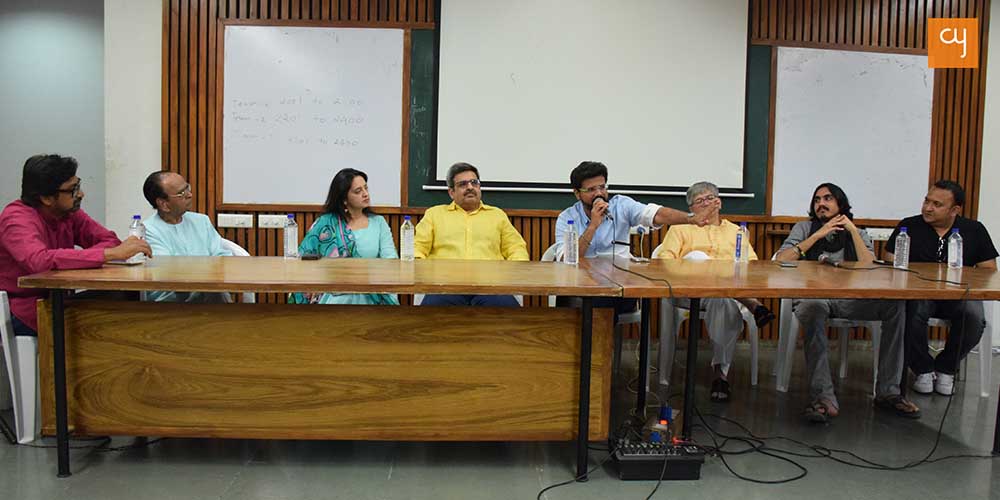 Coincidentally, both these groups recently organized an engaging panel discussion – one of Abhivyakti’s curators Akash Bhatt on ‘’Influence of Social Media on Music’’ at KCG and Sonia Choksi, Co-founder and CEO, Match My Talent on ‘‘Gen Z’s Understanding of the Musical Heritage of India’’ at Alliance Francaise. The panelists at both the discussions were, except this writer, young, some of them pretty young. At KCG they were Viraj Amar, Amar Bhatt, Naishadh Puraani, Rajat Dholakia, Aditya Gadhvi, and Chirag Bhatt with Akash as the moderator. At AF they were Vanaraj Shastri, Hrutul Patel and Sonia Choksi with Isha Memon as the moderator.

It was good to see youngsters even if in a small number taking a keen interest in discussions on classical music. The consensus was that learning it entailed sadhana and that there was no short cut to it. Examples of celebrated musicians were cited who believe one needs to spend the whole lifetime to understand all the nuances of a single raga.  Despite this need for dedication to it for a number of years, youngsters come forward and devote themselves to the pursuit. Indian classical music, a part of our cultural heritage, is like a river. It flows on and each age keeps to the core and at the same time adds to it.

Given the unbridled lure for money, fame and short cuts to success, having the young generation tuned to music is swimming against the current. Exposure helps, so festivals and fresh initiatives are welcome. Cultural heritage does not refer to only what can be seen and touched and photographed. Classical music and dance are intangible parts of our heritage and the focus should be on ways to preserve it with its pristine glory.

Social media has both its advantages and hazards. It has helped music to reach out to a vast number of people across borders as never before. It is not possible to wish away the existence of social media. Limits however should be set to its commercialization. When it is considered to be a salable product, attention gets deflected from the essence of music to marketing and ways to enhance it welcoming compromises. This trend is noticed particularly in subgenres of music, it was felt.