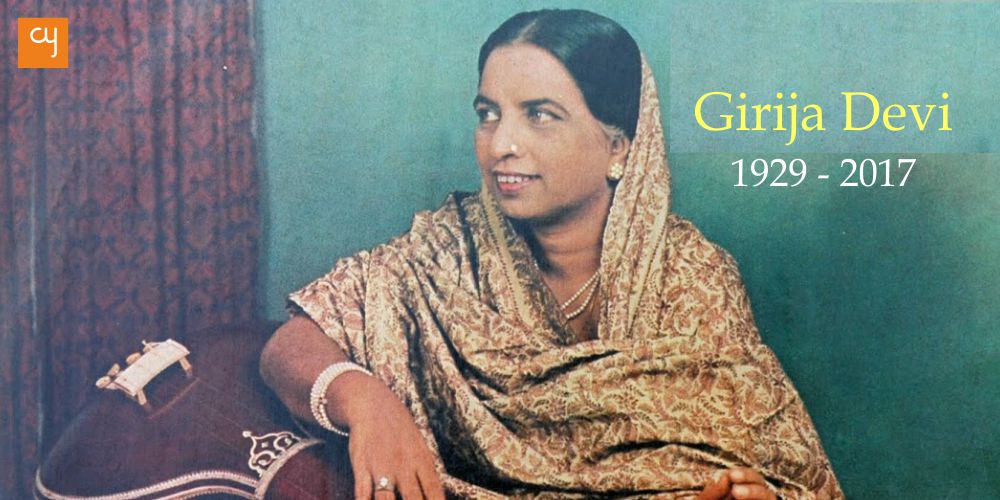 Padma Shri, Padma Bhushan and Padma Vibhushan laureate Hindustani Vocalist Girija Devi has left for her heavenly abode after suffering from a cardiac arrest in her late octogenarian years at a Kolkata hospital, on 24th of October, 2017.

Reminisced fondly as Appaji, Girija Devi is considered as the queen of Thumri  and her melodious voice will timelessly echo in the Seniya and Banaras Gharana of the Hindustani classical music. Trained under Sarju Prasad Misra and Chand Mishra, Girija Devi changed the way thumri is perceived in the country. An important form of North Indian music – thumri shares deep connection with dance, dramatic gestures, evocative love poetry and takes inspiration from folk songs of Uttar Pradesh. Perceived as music of courtesan’s, Girija Devi’s mellifluent voice and commitment to art, brought thumri out in the public domain and gave the art form its rightful place in the classical music domain.

Appaji shared a profound affection for her native, Varanasi where she absorbed the aesthete of classical music through her father Ramdeo Rai’s harmonium and learnt to sing Khayal and Tappa at the tender age of 5 from vocalist Sarju Prasad Misra. Though being a Khayal singer, she was celebrated to sing Thumri and Dadra along with varied forms of folk music including Chiati, Hori and Barahmasa. In the 60s and 70s, while she was in her prime, she had the priviledge of performing to august citizens like Dr. Radhakrishnan, Sarojini Naidu, Jawaharlal Nehru and Indira Gandhi.

The last homage to her physical self will be paid on Thursday, 26th of October, 2017, in Peace Heaven mortuary, Varanasi, as the soulful voice of Appaji will go unalterable timelessly.