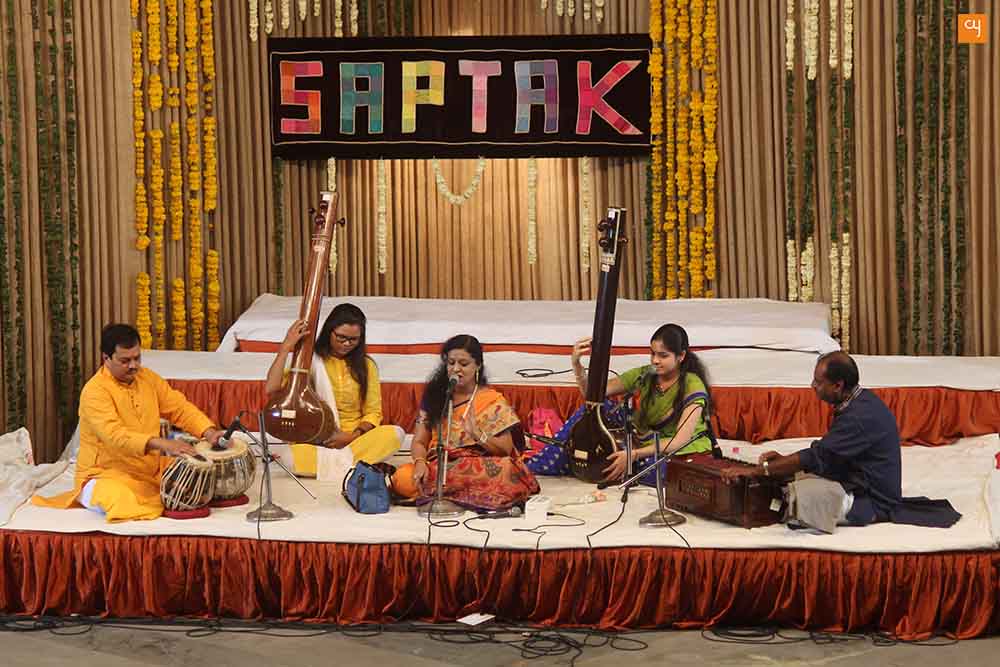 There were four concerts on the sixth day of the festival namely a Sitar Ensemble by students of Saptak, a vocal recital by Smt. Sania Patankar, a tabla duet by Ustad Hashmat ali Khan  and Shri. Akram khan and  the Desert Slide featuring Pt. Vishwamohan and folk musicians Manganiars of  Jaisalmer. 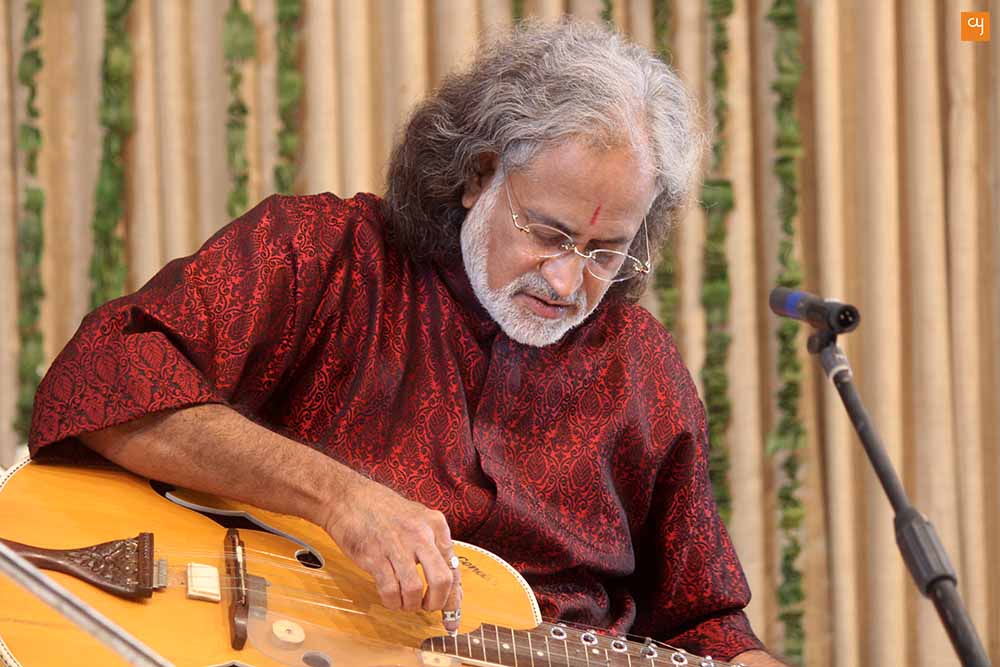 Pt. Vishwamohan  gave enthralling rendition on Mohanveena. He began the recital with his favourite raga  Bihag. Raviji in his book Raga Mala has said ‘Vishwamohan a dear disciple of mine is a marvellous virtuoso’. The sterling performance in raga Bihag justified the tribute paid to him.

The alap in Bihag was soulful and had  depth  of rendering. The jod and jhala was played with structured rhythm. Vishuji played two compositions, both in Tritaal. He displays amazing control in playing Taan phrases infast tempo. He concluded  the  raga playing intrinsic Taan phrases and jhala with a tremendous crescendo. The last item of the night was presented  by Rajasthani folk group led by Pt.Vishwamohan Bhatt. Most of the songs begin with a Sakhi consisting of few lines sung without  fixed rhythm. After the Sakhi  they passed on to a rhyrhmic song accompanied by Dholak and other instruments. Anvarkhan Manganiar, Gazi Khan, Ghevar Khan, Firoz Khan presented various folk music. ‘Kesaria balam padharo mare des’ rendered by Shri. Anvarkhan was received with great applause. In between  the rendition there were duets  between khadtal, tabala, kamayacha and dholak. Shri. Ramkumar Mishra and Shri.Himanshu Mahant played tabla and dholak.

This concert was preceded by a tabla duet. They were brilliant in playing gat, tukada, paran and relas. They belong to the famous Ajarada gharana. The famous legendary ustad Ahmedjaaj Thirkva belonged to Ajarada gharana.