NGOs and CSR bodies unite to discuss the potential for partnership between the public and private sectors, and recognise commendable work, in a conclave organised by the Gujarat CSR Authority. 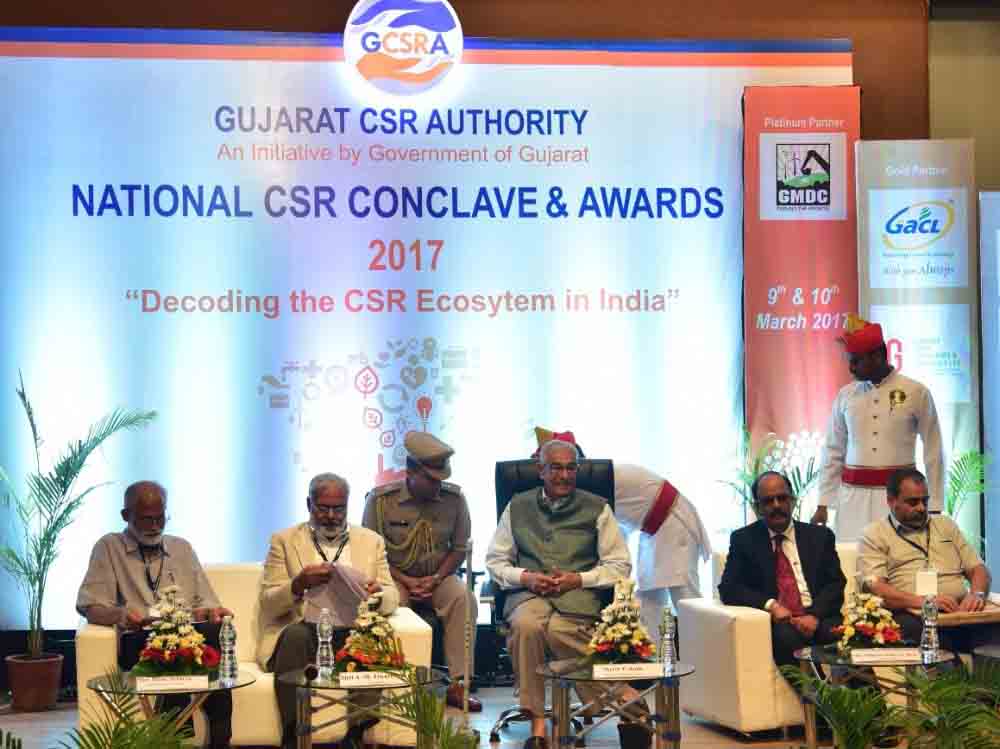 The Gujarat CSR Authority (GCSRA) recently organised the National CSR Conclave in the heritage city of Ahmedabad from 9th to 10th March 2017, at the Ahmedabad Management Association. NGOs and Corporate Social Responsibility (CSR) bodies from various companies were mobilised here to talk about the innovative applications that have taken place within the industry in 2017, and to share their innovative ideas towards escalating the overall sector of public services, as a means to reach out to the maximum number of people possible.

While the session was progressing, there were panel discussions on livelihood advancement, healthcare, rural education, women empowerment, entrepreneurship and other social fields. Delegates like AM Tiwari -CEO GCSRA & MD, GSFC, Sudhir Singh Dungarpur Partner, PwC, Ravi Kulkarni -Head CSR, Tata Motors (Sanand),  Neeli an integral part of the panel discussions, with their perspectives and experiences being noted by various city-based NGOs as golden advice. As an audience member, one could see both the facets of the industry – right from big banner CSRs showcasing their respective companies to small-sized NGOs working at the grassroots level. Additionally, it was the first time that GCSRA had organised an award function to recognise six dedicated NGOs for their spectacular achievements, out of a total of 44 nominees.

Notably, there were some significant discussions during the conclave on merging public and private sector bodies in a bid to uplift rural segments of society. Experts expressed how such associations between the public sector’s decision-making power and resources, and the private sector’s ideas, can work towards attaining a sustainable and long-term solution for social issues. “When both Public and Private sectors work together it is the common public that benefits,” described the CEO of GCSRA, Mohan Tiwari, beautifully.

GCSRA has been converging CSRs and NGOs from different backgrounds on a common platform since 2013, for the benefit of society. Its core function also includes harmonising relations, supervising activities, and implementing the public welfare activities of NGOs. The city of Ahmedabad looks forward to more such enriching events in the coming future, that have a view towards making a difference in the layman’s life.