Charlotte gets a taste of Indian Classical Music with Rahul Deshpande

Folklores suggest that when the prominent classical singer Tansen used to perform his tunes in the court of Akbar, the clouds couldn’t control their emotions and eventually burst into tears of sentiment in the form of torrential rains. Such is the impact of Indian Classical Music, and that is what Aarohan aimed to sensitise the attendees for in the Music Workshop. The Aarohan Music School invited the Rahul Deshpande on August 27, 2017, at the 17th largest city of USA to teach aesthetics of Indian Classic Music. Aarohan was found in 2008 in Charlotte by Amrita Biswas and has been flourishing the skills of Hindustani Sangeet Paddhati in the western regions successfully. 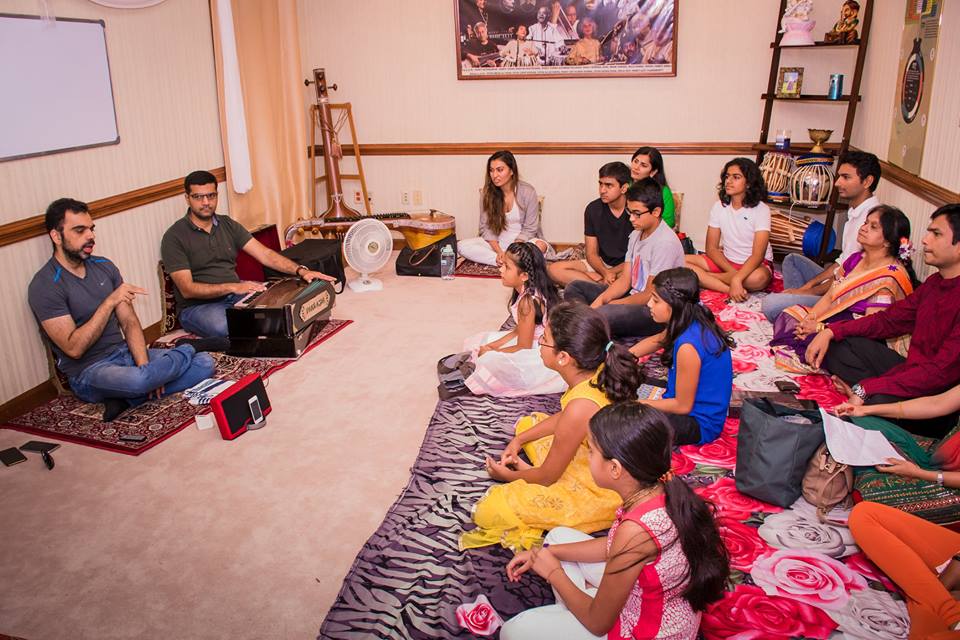 The students at the workshop gained a firsthand experience on the aesthetics of music by Deshpande who masters not only in Ragas but also in genres of Khayal, Thumri, Dadra, Natyageet, Bhajan, Ghazal and Bhaavgeet. The session was not just restricted to music; the insightful discussions with experts like Deshpande, which aficionados of Indian classical music crave in western countries made the session more profound. Born in the bustling city of Pune, he is the grandson of late Dr Vasantrao, the August musician of Natya Sangeet and mastered his skills under the mentorship of legends like Mukul Shivputra and Suresh Samant.