Folks of Charlotte, catch the uproarious comedy play ‘The Legend of Georgia McBride’ this weekend, or listen to ‘Wicked Game’ singer Chris Isaak next week. Music and art-lovers are in for a treat this week. 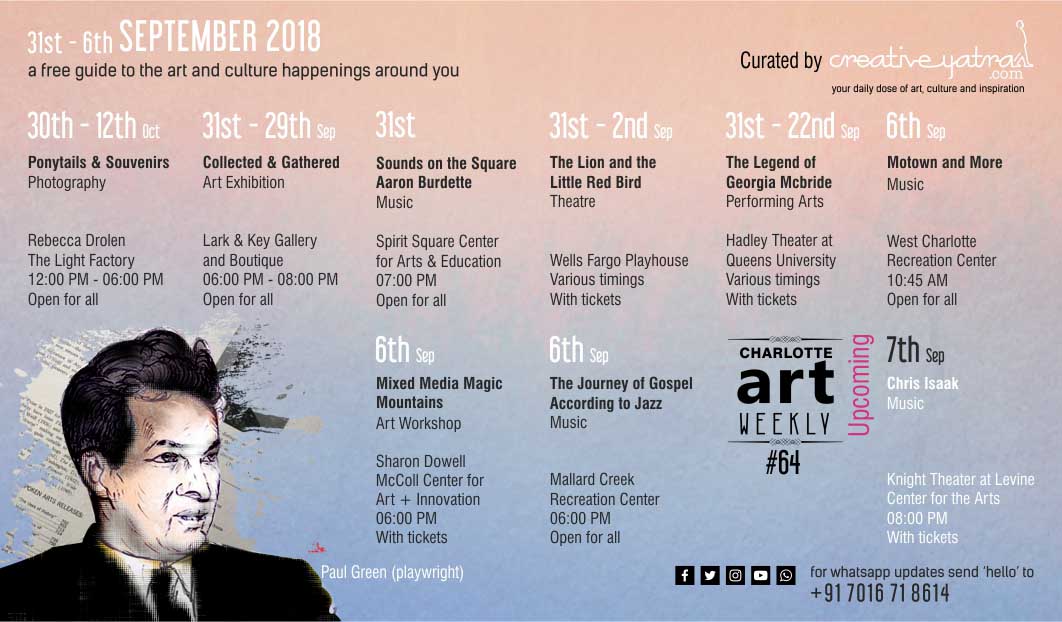 A host of musicians are coming to Charlotte in the coming days, including Chris Isaak, the singer most famous for his single Wicked Game, singer Aaron Burdette, and vocalist Dawn Anthony who will be exploring the musical relationship between Gospel music and Jazz. Missing the Motown Sound? Head to West Charlotte Recreation Center to listen to fantastic Motown tunes.

Preschoolers will enjoy watching the play The Lion and the Little Red Bird, while grown-ups can head to Hadley Theater to watch a soulful musical comedy called The Legend of Georgia McBride.

Join a host of artists this week as they dive into their memories to present an eclectic range of works that talk about life and the passage of time. Rebecca Drolen’s photography exhibition explores aging and our unusual relationship with hair, while a group exhibition by various artists uses found objects and mixed media. Those looking to let their own creative instincts loose can head to a workshop by Sharon Dowell to create abstract collages.

Lillington-born playwright Paul Green, who is celebrated for creating historical dramas about life in North Carolina, is the inspiration for our 64th Charlotte Art Weekly. A recipient of the Pulitzer Prize for Drama for his play In Abraham’s Bosom, Green contributed greatly to the literary scene of North Carolina, with his works of realism and expressionism. Through plays like The Lost Colony, he became known for creating a new dramatic form called ‘symphonic drama’, which was performed outdoors. Green wrote a lot about North Carolina, and wrote screenplays for films like The Cabin in the Cotton. He traveled extensively to lecture on human rights and drama, through UNESCO. 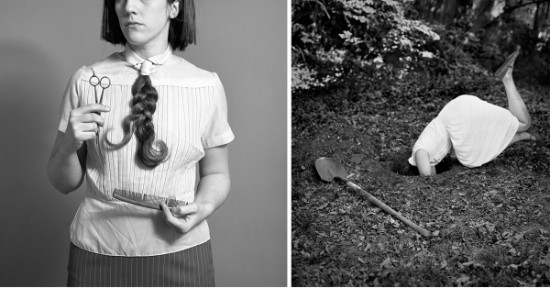 Rebecca Drolen shares her work in two photography series. In Particular Histories, she explores growing up and the accompanying loss of faith that that brings with it, while in Hair Pieces, she explores our love-hate relationship with the hair on our bodies. 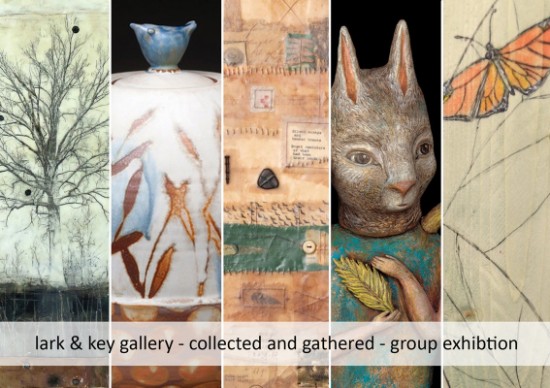 Sounds on the Square: Aaron Burdette

Writer and actor Aaron Burdette will be performing a blend of Americana, country, blues, bluegrass and folk-rock music at this free event.

The Lion and the Little Red Bird 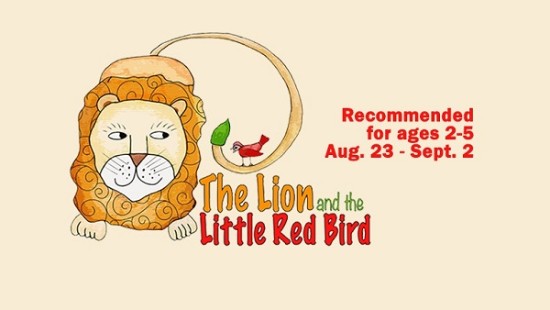 Take your toddlers along for a delightful play involving actors and puppets, revolving around the curious friendship between an inquisitive bird and a compassionate lion.

The Legend of Georgia McBride 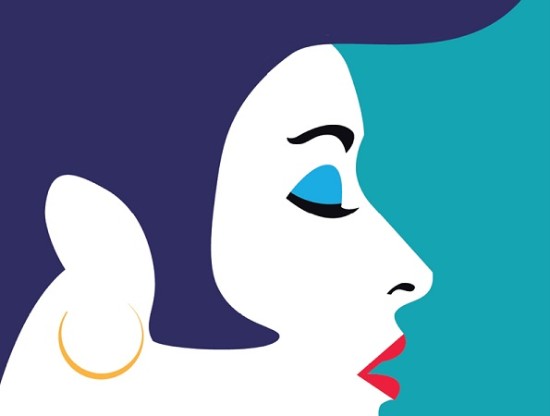 This soulful musical comedy about drag traces how Casey, an Elvis impersonator who loses his gig and finds out his wife is expecting a baby, finds his voice. 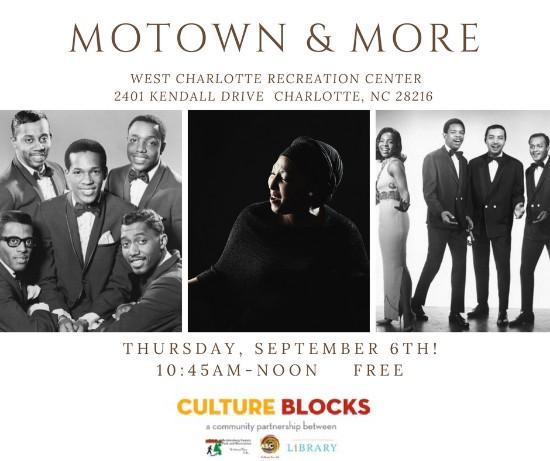 Experience the famous genre of soul music called Motown Sound as the five-piece band at this doles out the record company Motown’s melodious tracks. 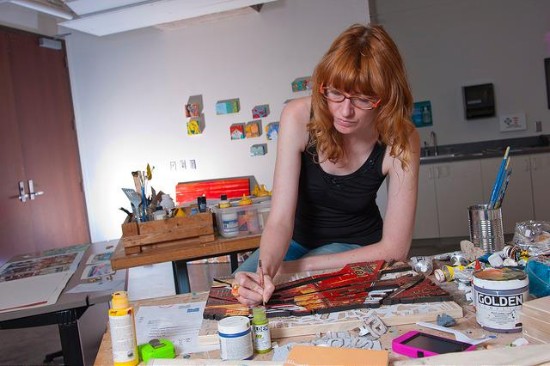 Make abstracted collages inspired by the magic of the mountains with Sharon Dowell, an alumnus of the McColl Centre for Art + Innovation, as she takes you through a series of art exercises.

The Journey of Gospel According to Jazz 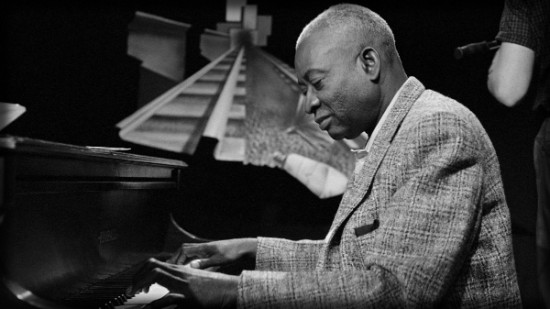 Singer and songwriter Chris Isaak, known for his hit single Wicked Game, is coming to NC to perform the rock and roll and rockabilly singles from his latest album First Comes the Night.

Knight Theater at Levine Center for the Arts

It’s set to be an inspiring week in Charlotte NC, between 31st August to 7th September. Be sure not to miss out on these creative happenings!