Watch one of the greatest musicals of the modern age, ‘Spamalot’. Be transported to the 80s’ retro music. Meet an inspiring photographer and an artist. Find out how giant aquariums run, or send your kids to a Music Camp. All of this, in the coming days! 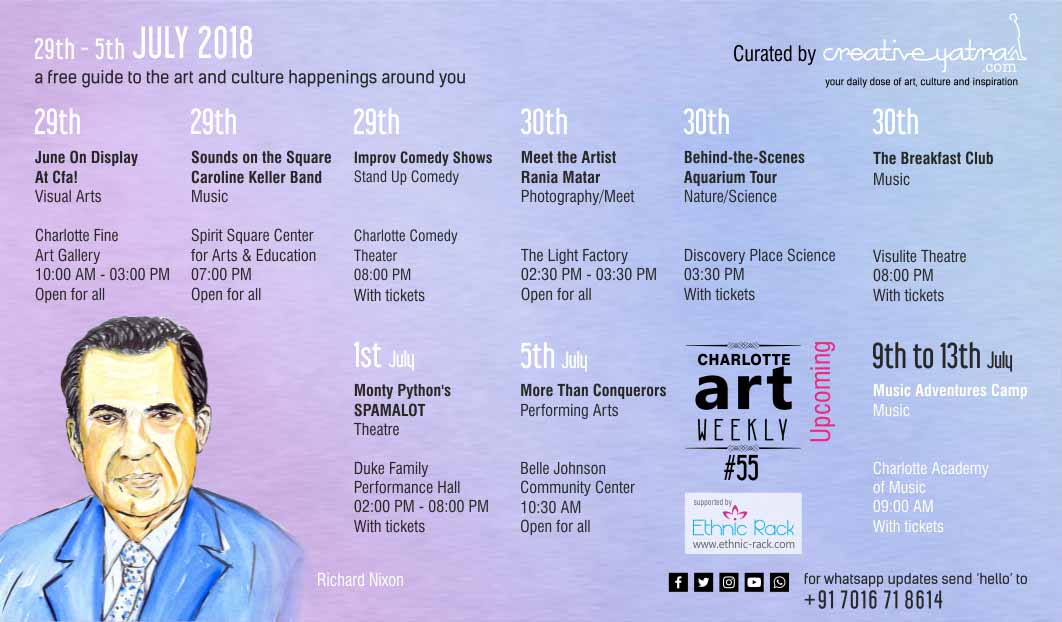 Do you know how people maintain an aquarium, breed jellyfish and grow coral? This week, you have the opportunity to understand it all at an immersive Aquarium Tour.

Music-lovers, meanwhile can listen to the tribute band The Breakfast Club, which promises to transport you back to the 80s. Or if American country music is your thing, then attend a free concert by Caroline Keller Band. Kids looking to gain some musical understanding can look forward to an exciting 5-day Music Adventure Camp. And the Tony Award winning musical Monty Python’s Spamalot is a must-see for all theatre-goers.

Meet with the creators of art in the many interactive events happening this week. Local connoisseurs can meet exhibiting artist Joni Purk and Lebanon-born photographer Rania Matar to talk about their inspirations and working methods.

If you love the performing arts and would like to see some multi-genre moves and grooves, then the show More Than Conquerors is for you. The team of Charlotte Comedy Theater will not fail to make you laugh this week as well, with their fantastic improv comedy show.

With the American Independence day right around the corner, the inspiration for our 55th Charlotte Art Weekly is the 37th President of the United States, Richard Nixon. Appointed in the office between January 20, 1969 to August 9, 1974, Nixon started the War on Cancer and established the Environmental Protection Agency. But we are not here to talk about his political attainments or the Watergate scandal. After resigning from his Presidency, Nixon wrote nine books over the course of the 20 years of his retirement. While practising law on the side, he wrote the book Six Crises and later published his memoirs as RN: The Memoirs of Richard Nixon. Both the books went on to become bestsellers. Nixon expressed his views liberally in books such as Leaders, Real Peace, No More Vietnams, 1999, In The Arena, Seize The Moment and Beyond Peace.

Look out for these creative events happening in Charlotte this week:

Palette the Knife, It’s All the Rage 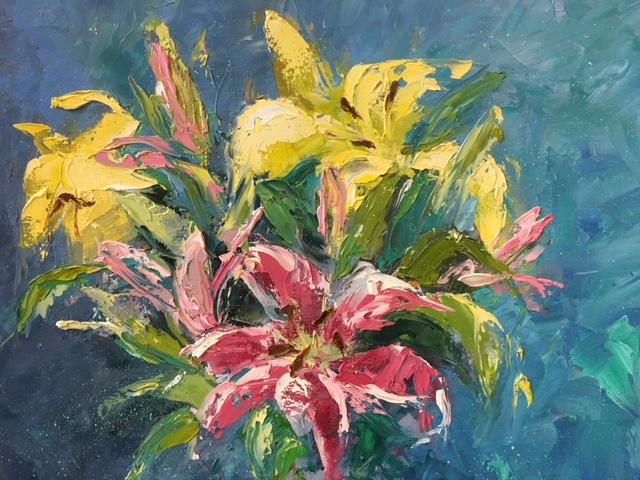 An opportunity to meet and interact artist Joni Purk, who will be displaying her oil paintings applied with a knife.

Come and listen to local country music with Caroline Keller Band. The group’s music has been proclaimed as “Traditional Country with an Americana flair”. 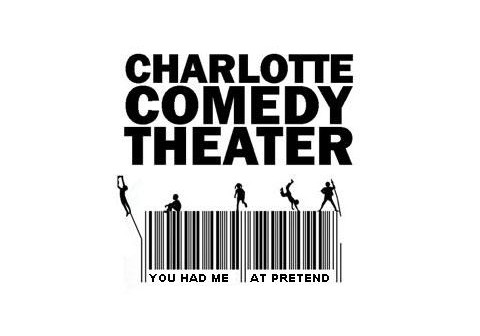 The award-winning comedy team of Charlotte Comedy Theater & Training Center has come up with yet another Improv Comedy Show. Laugh your way out of the auditorium. 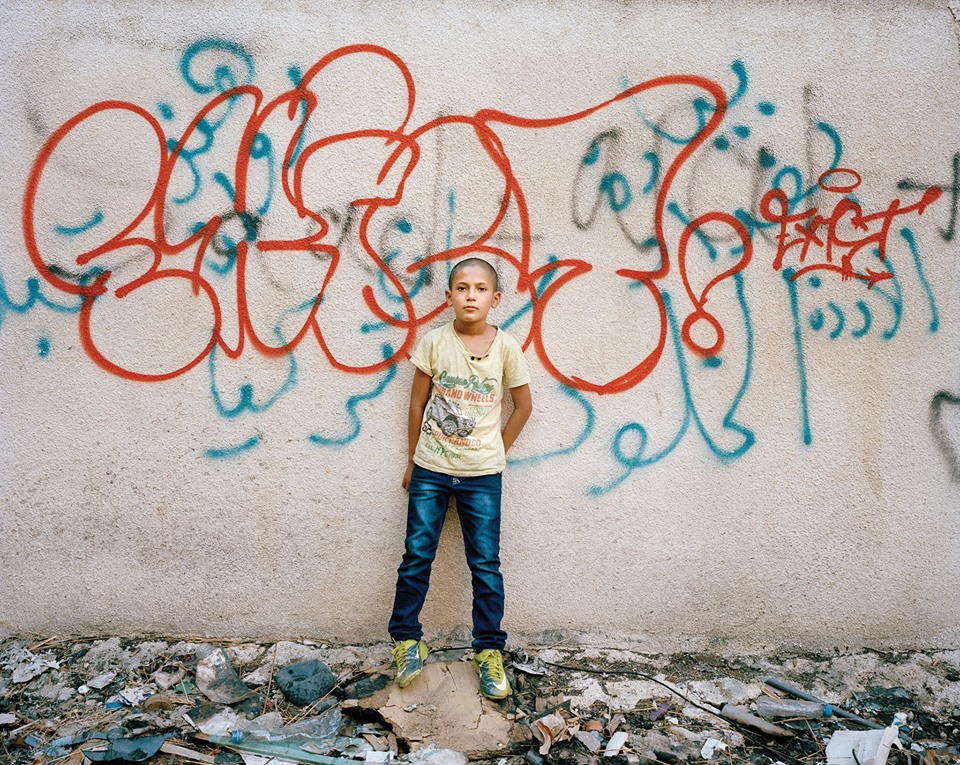 Meet with Lebanon-born photographer Rania Matar to talk about cross-cultural experiences and the art of photography. 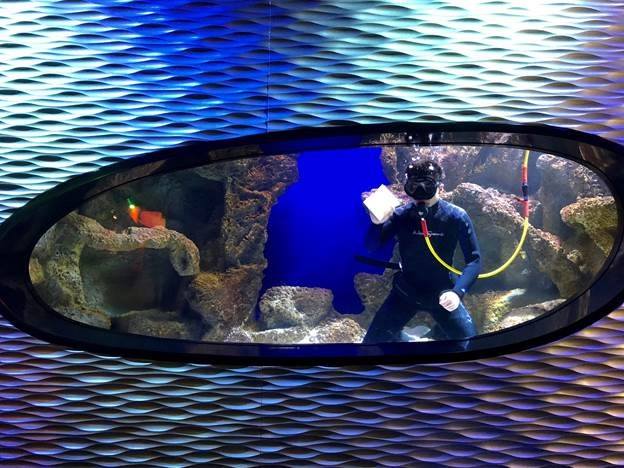 How does one run an aquarium? How do aquarists breed jellyfish and propagate coral? How do they run all the mechanical systems needed to manage an aquarium? Go behind-the-scenes at the Discovery Place aquarium. 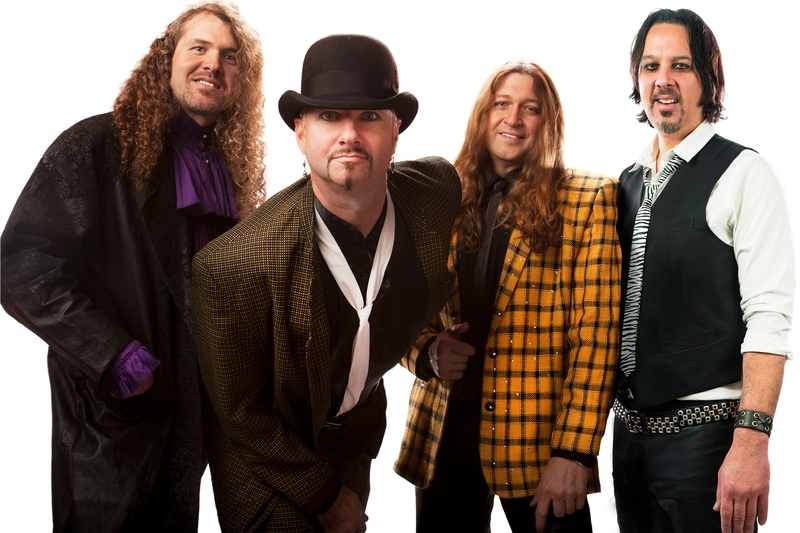 The longest-running 80s’ tribute band The Breakfast Club is back in Charlotte to dole out the MTV generation’s retro music from the 80s. Apparently “better than the original artists”, the band is more than just a cover band. 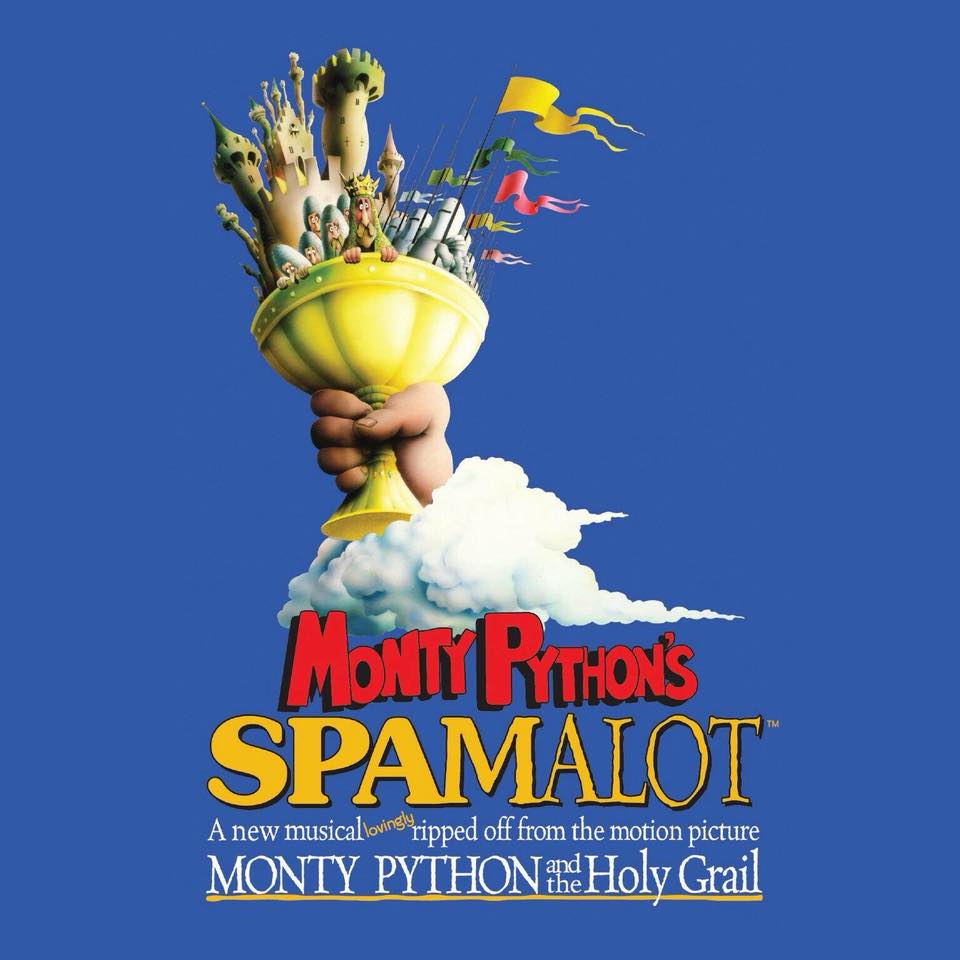 Apparently one of the greatest musicals of the modern age, Spamalot narrates the legend of King Arthur and his Knights of the Round Table, in a comic tone. 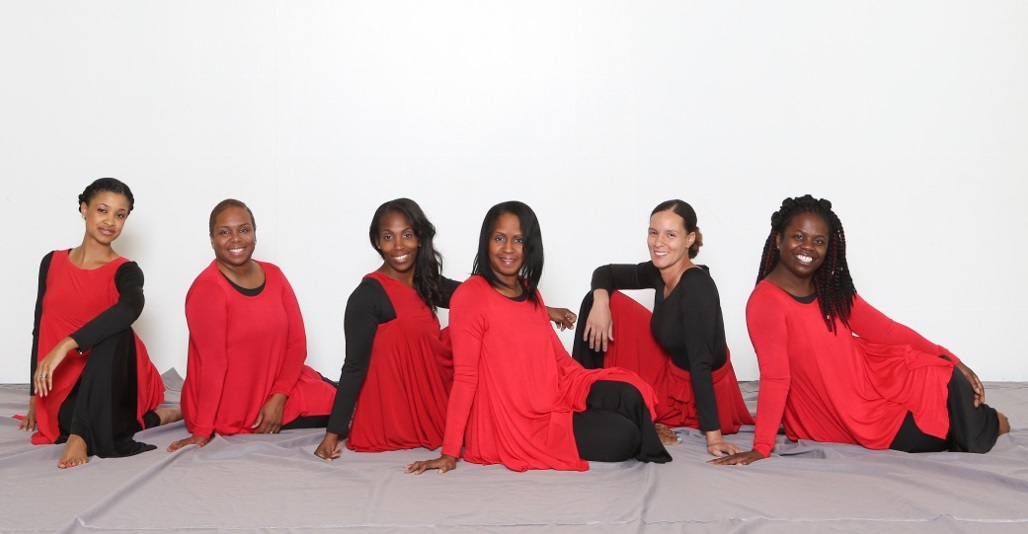 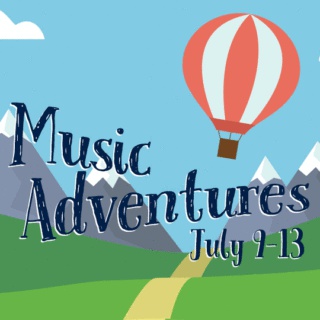 At this 5-day camp, kids can learn about music notations using innovative tools like boomwhackers, pool noodles, bowling pins, and instruments like the piano.

It’s set to be an inspiring week in Charlotte NC, between 29th June to 5th July. Be sure not to miss out!