Things to Do in Charlotte NC This Week: Charlotte Art Weekly #50

This week, enjoy two Tony Award winning plays, a day of fantasy art and free passes to visit the best museums in town. Feminists across genders can watch out for a spoken word poetry by men to empower women, and an improv comedy show by a full female cast. 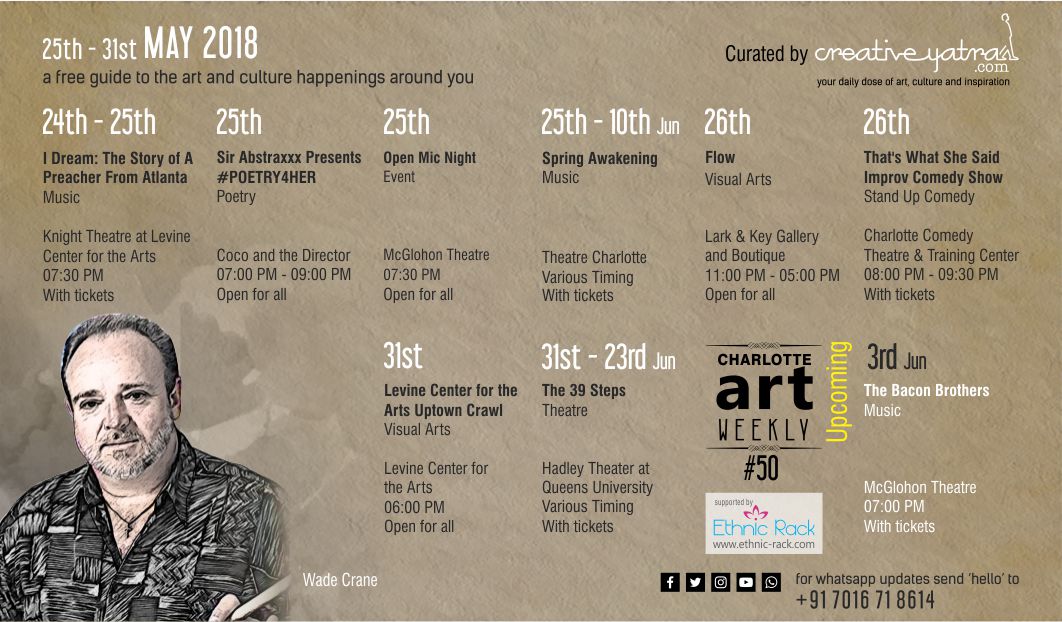 This frolicking week is full of creativity. Theatre-lovers can look forward to two Tony Award winning plays – Spring Awakening, a rock musical on teenage self-discovery, and The 39 Steps, which is a humorous spy story. Music lovers, meanwhile, won’t want to miss a unique Rhythm & Blues opera based on the final days of Dr Martin Luther King, Jr. Or wait for the band The Bacon Brothers, starring actor Kevin Bacon, to arrive in your city next Sunday.

Visual art lovers would be excited to see works of fantasy in clay and paint at the exhibition Flow. Literature lovers can expect some epic spoken word poetry performances by men to empower women, while culture enthusiasts can avail the special opportunity to visit some of the best museums in Charlotte for free! Feminists would not want to miss an all-women improv comedy night.

With this edition, the Charlotte Art Weekly marks its 50th week of presence in the city. Since nearly a year now, our Art Weekly has aimed to spread the word about local creative events amongst Charlotteans. If you would like an update every week on the most enriching events in your city, subscribe for your copy of the Art Weekly by sending us a ‘Hi’ on +91-70167-18614. If you are a local creator who wants your event published on the Weekly, please send us your details on the ‘Users Corner’ of our website.

Our 50th Art Weekly features pool player Wade Crane who was fondly known as ‘Boom-Boom’ because of the canonball sound that came forth from his powerful break. The World 8-Ball and World 9-Ball champ was the king of pool in the 80s, having developed mastery in the sport at the tender age of 12 while working at a small pool-table joint. The self-taught player was known to have a great sense of humour. He has been posthumously given the One-Pocket Hall of Fame’s Lifetime Pool in Action Award and has won numerous titles in his career. He also produced films that helped people learn pool the right way, including the film Learn to Play the Winning Way.

I Dream: The Story of A Preacher From Atlanta

Watch this Rhythm & Blues opera which revives moments from the Civil Rights Movement by portraying the life of Dr Martin Luther King Jr.

Knight Theatre at Levine Center for the Arts

Coco and the Director 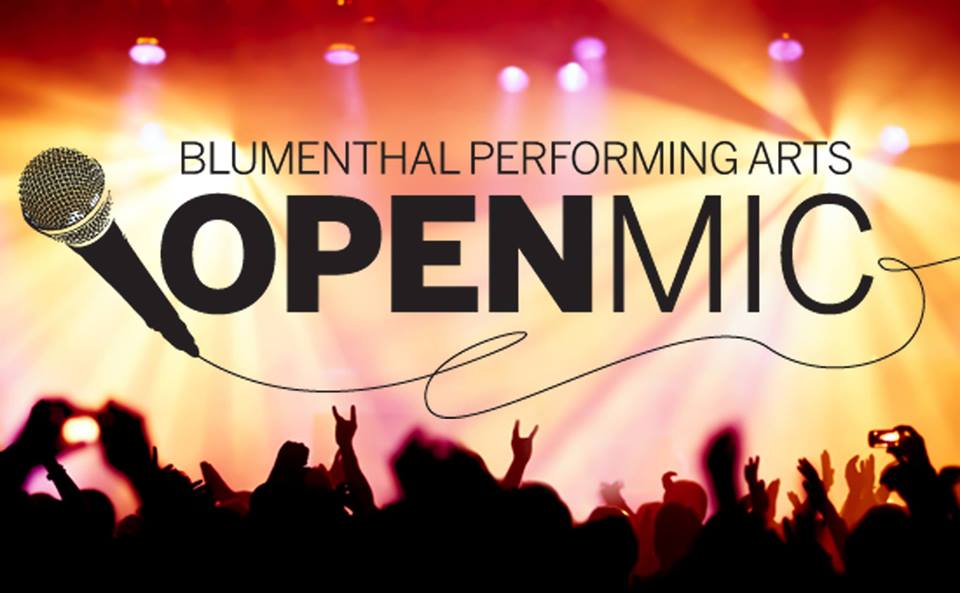 Instrumentalists, singers, dancers, storytellers, poets, jugglers, magicians and all kinds of entertainers are welcome to perform on this Open Mic night. 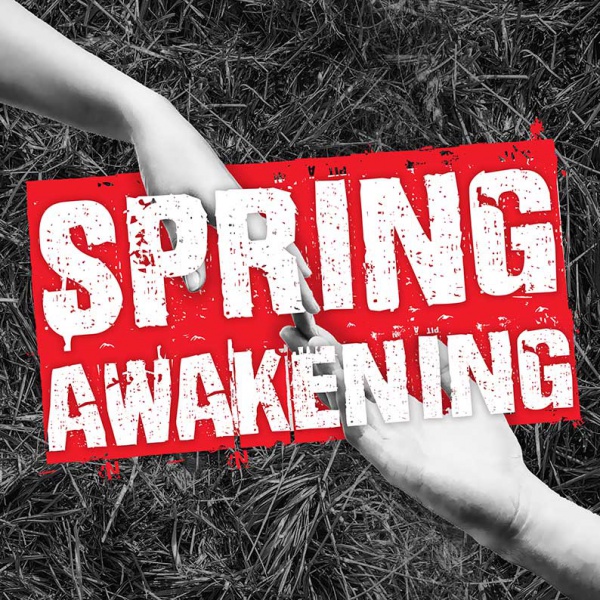 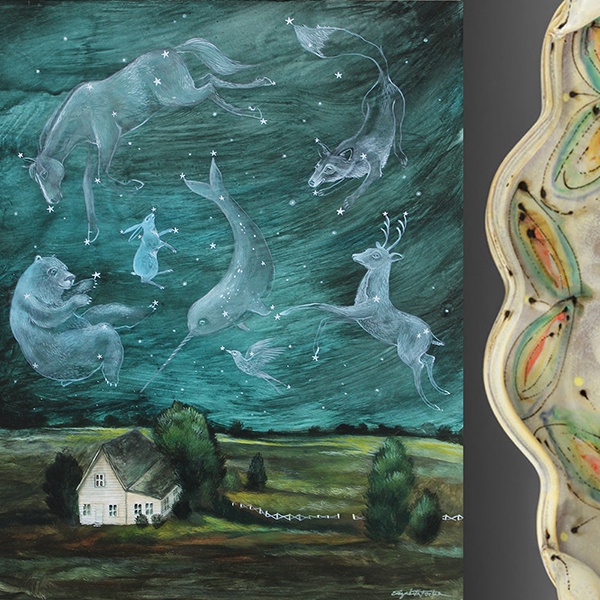 This solo art exhibition by artist Elizabeth Foster will take onlookers into a journey in fantasy. The show will also host pottery works by artist Elise Delfield. 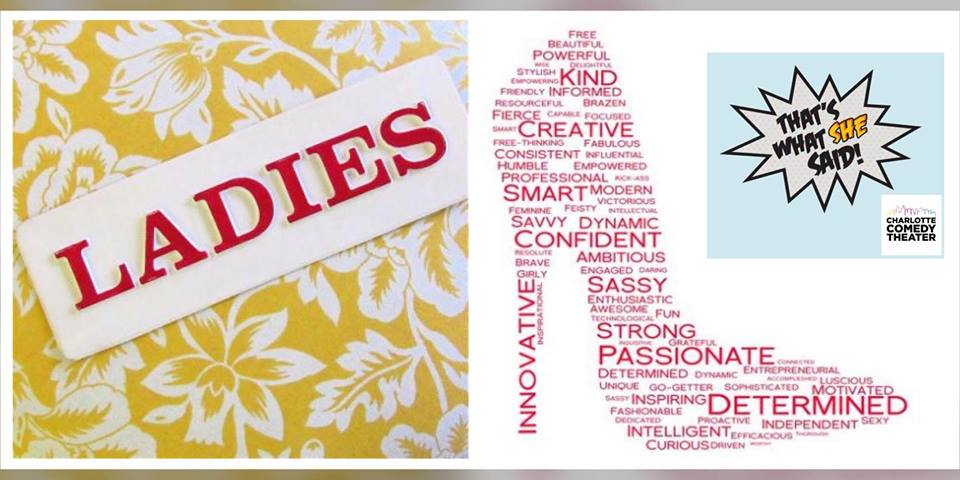 Levine Center for the Arts 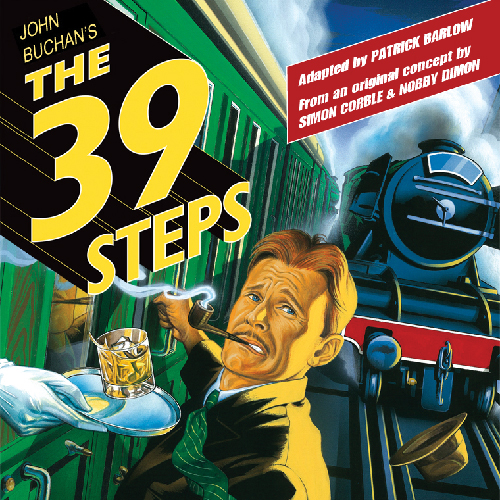 Winner of two Tony Awards, this comedy play is a spy story inspired by Hitchcock, with a crew of only four actors playing 150 roles! It’s all about thrill, excitement and fun.

Hollywood actor Kevin Bacon and his brother Michael Bacon together form the band The Bacon Brothers and are coming to Charlotte next Sunday. Mark it on your calendar!

It’s set to be an inspiring week in Charlotte NC, between 25th May to 31st May. Be sure not to miss out!