Upload portraits in monochrome of your friends and colleagues and stand a chance to win free tickets to the Bryan Adams Concert. Just tag @CreativeYatra and use hashtags #BryanonCY and #BryanAdamsUltimate. The photo with the most likes on Instagram will win.

Orange banners of The Ultimate Tour concert of Bryan Adams have coloured the city of Ahmedabad over the last few weeks. Singer and composer Bryan Adams, who is known for gifting us chart-topping melodies like Summer of 69, Everything I Do and Run to You, is arriving on October 9 to perform at the Sardar Patel Stadium. To amplify the vibe and excitement in the city, Creative Yatra, with the help of Indent Music, has come up with a photography contest. Upload your shots on Instagram and stand a chance to win free tickets for the much-awaited concert.

Interestingly, Bryan Adams is also a fantastic photographer himself, having garnered various titles for his body of work, including the salutation of an honorary fellowship of the Royal Photographic Society. He has published two portraiture volumes called Exposed and Wounded and his third compilation Untitled is based on architectural forms captured in monochromatic tone. Inspired by the works of Adams, Creative Yatra has launched the Portraits of Friends and Colleagues Contest. The photos with the most likes on Instagram will win their owners free tickets.

How can you participate in the contest?

Just upload a cool portrait photograph of your friend or colleague, in monochrome, on Instagram.

Don’t miss this chance to win free tickets to the Bryan Adams concert! Upload your photographs until midnight on September 25. The winning entries will also be published in the Photo Studio section of our website.

Watch this space on CreativeYatra for updates on the Bryan Adams concert and contest! 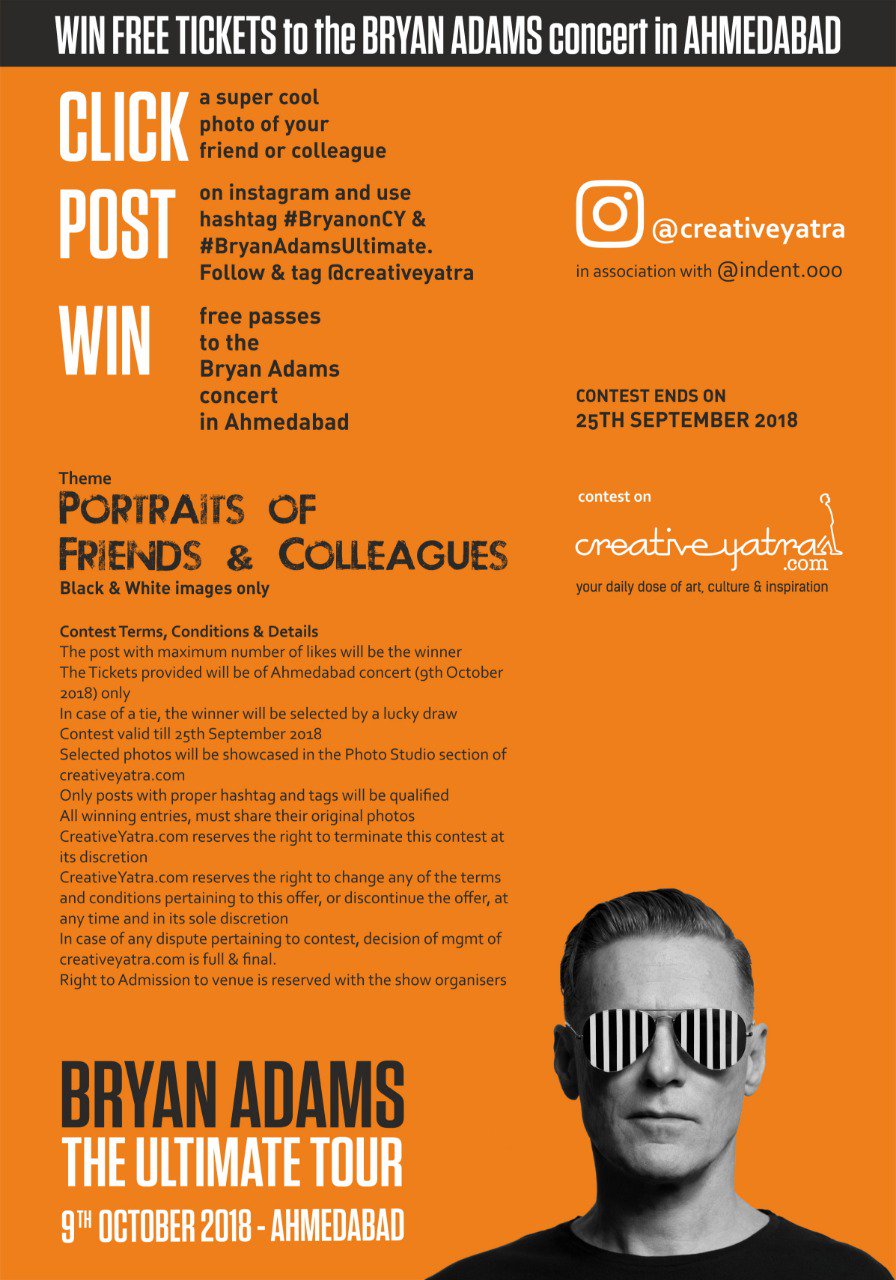