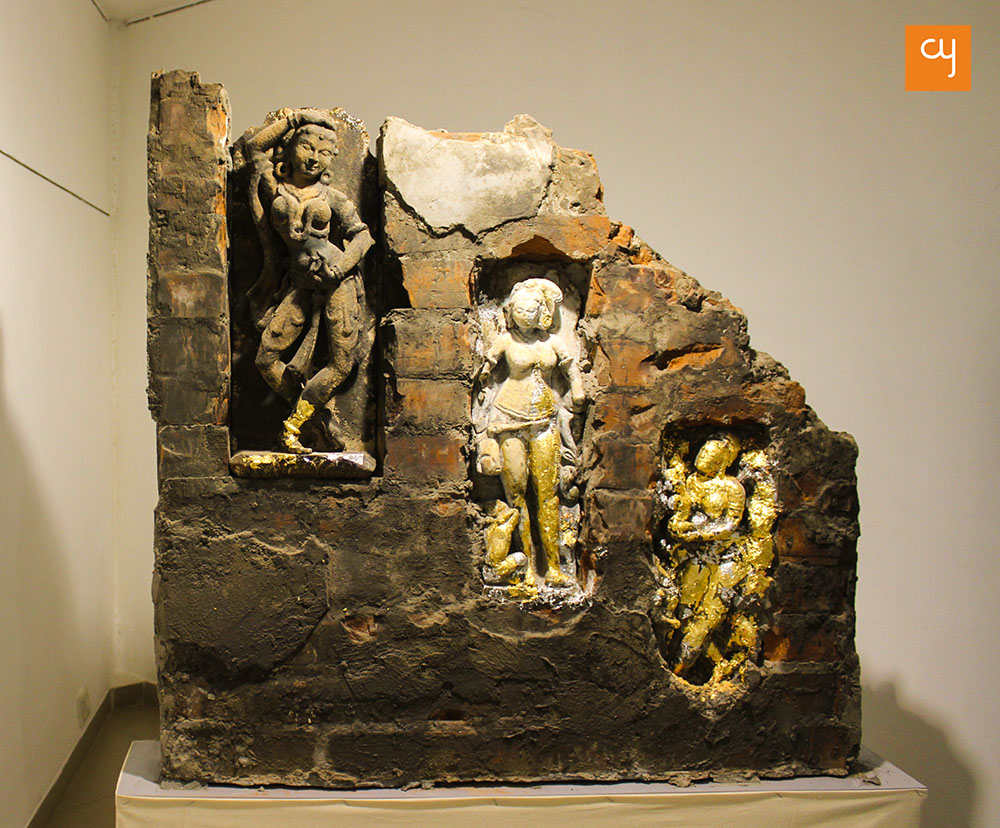 Gujarat’s most life-sized literary gathering, Gujarat Literature Festival is commencing on January 5, 2018, and this year the venue has been spatially spread in three arenas – Kanoria Centre for Arts, Amdavad Ni Gufa and Gujarat University. The most intriguing aspect of this festivity is its aptitude of connecting people of varied fields, age group and statures under a single banner. The feature of reaching every facet of creativity plays a vital role in making this event a grandeur one since past five years. The theme for this year is based on Storytelling, which will take literature beyond the written & spoken word realm, and also touch the language of visual art by showcasing expressions of young artists. Curator of Visual Arts at GLF Niharika Shah talks with us about the idea of art being imbibed into literature festival, and about the beautiful sculptures of Sangam Vankhade, that are on display under the show ‘Even Stone tells Stories’

This time sculptor Sangam Vankhade‘s first solo show ‘Even Stone tells Story‘ has left no stone unturned in reminding us about the remarkable architectural legacy of Gujarat especially Ahmedabad. Through his spectacularly carved 15 sculptures using natural as well as the synthetic medium of boulder, cement, metal, and wood, artist Vankhade has depicted the degenerating aspect of heritage sites like Adalaj Stepwell, Dada Harir Stepwell, Panch Kua and Rani Ki Vav. He belongs to the hilly terrains of Pavagadh, and he has included a headless statue, which he brought from his native vicinity and claims to be at least 2000 years old. The detailed artworks carved voiding rigidity showcases rawness. The textures are rough and haven’t been influenced by a supplementing colour pallet. The gates of Kanoria Centre for Arts will be opened to view this show on January 4, 2017, and will remain open until the conclusive day of Gujarat Literature Festival, i.e. January 7, 2017. 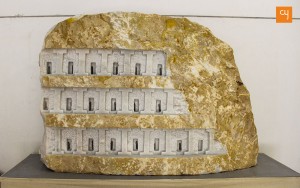 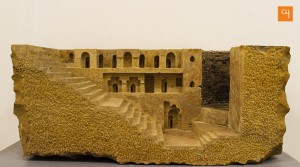 The 17 photographs at Hutheesing Art Gallery are showcasing the culture and heritage of India’s first World Heritage City. Right from Chabutra to the Baitha Garba culture (folk song recital) of Ahmedabad, everything has been showcased with proper captioning. The best photographs are the ones that have been developed in the form of collage to showcases the foremost state of the ancient edifices of the city in comparison to its current state.