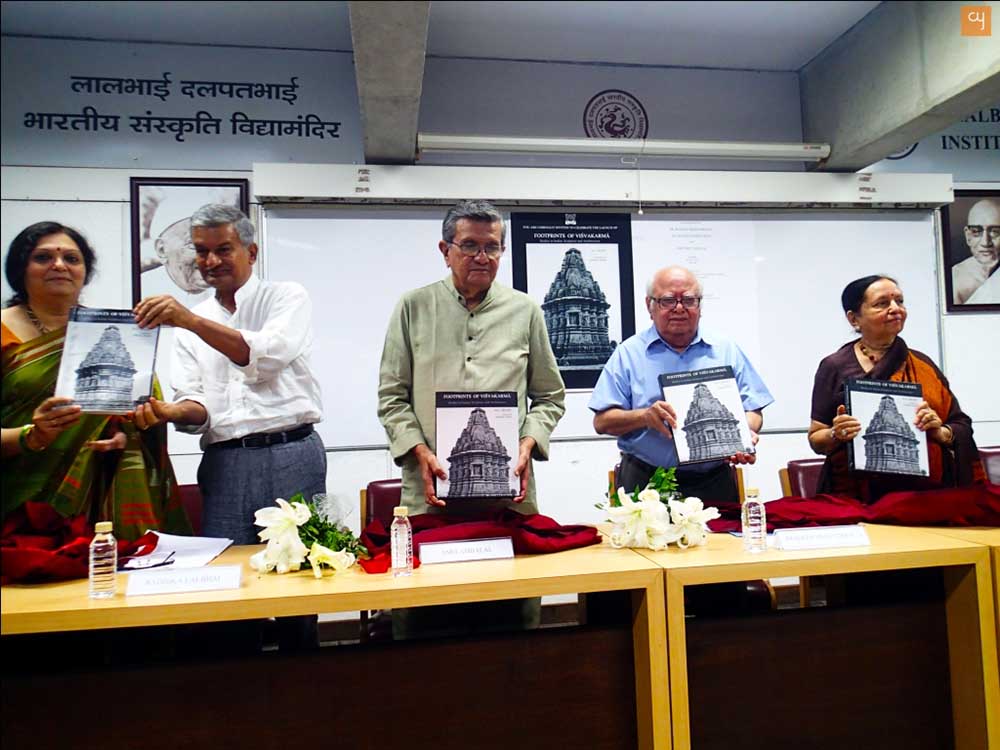 On a delightful Sunday evening, while the showering monsoon clouds had stopped flooding the streets, architects, design enthusiasts and academicians of Ahmedabad gathered at the auditorium of LD Institute of Indology to join the launch of late Professor Madhusudhan Dhaky’s authored compilation on the ancient Indian temple architecture called Footprints of Visvakarma – Studies in Indian Sculpture and Architecture.

The book was still in the process of formation when Dhaky left for the heavenly abode on July 29, 2016. Dhaky had selected 9 of his best articles and expressed to Shah, his wish to get them published. Architect Snehal Shah, who considers Dhaky as his mentor and shares an emotional bond with the learned Professor, took upon himself to compile his work and present it to the world. 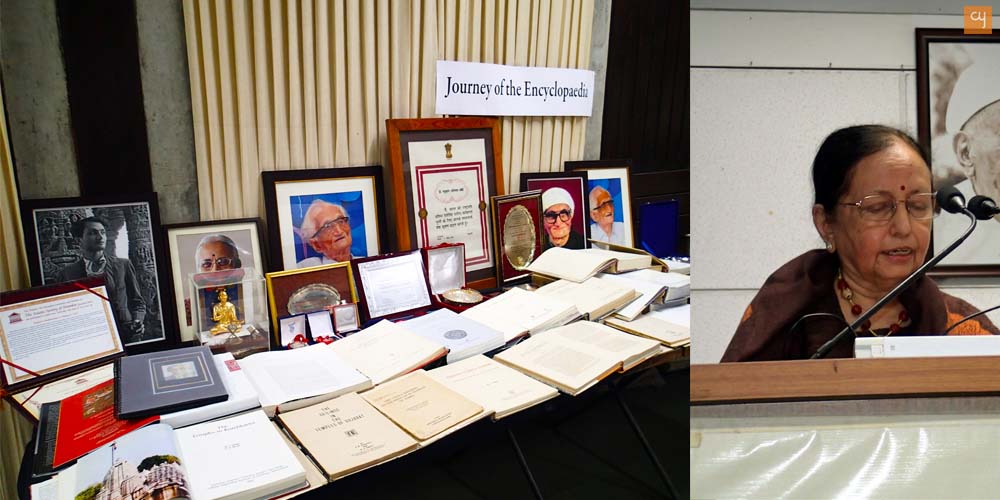 Architectural and Art historian Dhaky was born in July 1927 in Porbandar district of Gujarat. He has contributed immensely on the temple architecture of India through research which is detailed and indepth. The Padma Bhushan recipient scholar has till now drafted more than 400 articles, 25 books, and 325 research papers along with his exhaustive research practices on traditional Indian art. The event was planned on June 30th specifically since it is the day that exactly falls before his birthday and one day after his death anniversary. 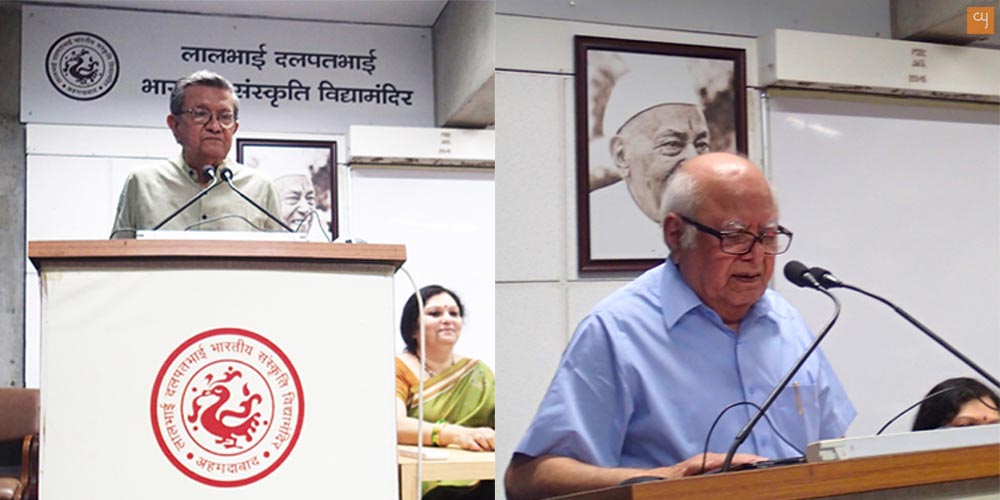 The book is published in collaboration with American Institute of Indian Studies and Lalbhai Dalpatbhai Institute of Indology, both these institutes is where Dhaky has immensely contributed his research. There were friends, family, subordinates, batch mates, and students of both MA Dhaky and Snehal Shah during the inauguration, in addition to the presence of senior architect Dr Devangana Desai, and Artist and companion of Dhaky, Amit Ambalal. 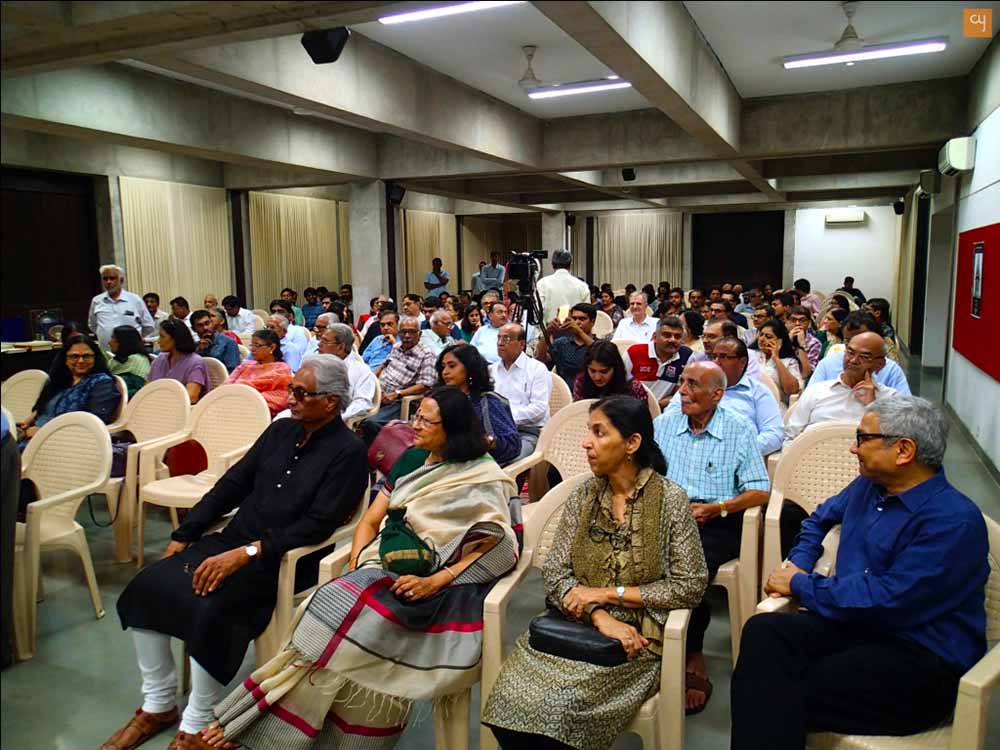 Shah gave a brief presentation on various chapters of the book which consists Indian, especially Marwad, Gujarat and Dravidian style Architecture in addition to Sacred architecture of Chola and South Asia and South-East Asia. It took more than ten months of time for Shah to compile all of Dhaky’s research, and bring it out in the form of a book, that will be a rich resource for all those pursuant of Indian Architecture. It will still be 3 months before the book will be available in the Book Stores.

Madhusudan Dhaky is a scholar whose work on Indian Architecture is unparalled in many ways. Shah believes that Dhaky is an unsung hero, and Footprints of Visvakarma is an effort to make his research available to a wider audience. Shah is now working to publish two more books on Professor Dhaky’s work. We are sure that the late Professor is relishing the sight while sitting in the spirit realm, watching the world celebrate his knowledge and work.