The new advertisement for Suzuki Intruder 155cc follows a group of bikers across Ahmedabad’s Ellis Bridge, Kalupur Bazaar and Sabarmati Riverfront in the early morning hours. 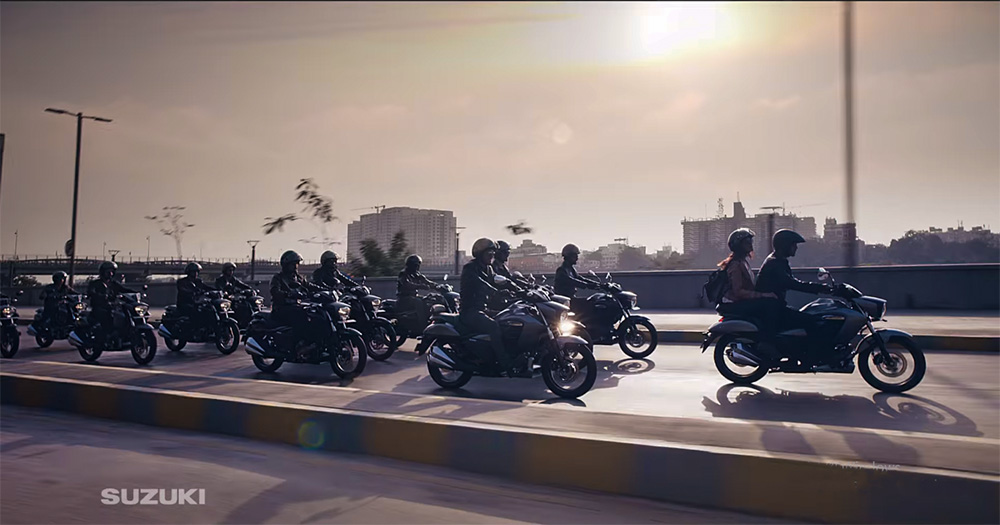 If you are an Amdavadi and you find the cityscape in the new Suzuki Intruder 155cc commercial familiar, then you are not mistaken. The advertisement has been shot in various locations of Ahmedabad, portraying the serene early morning hours in the city, with a trio of bikers taking off on their Suzuki Intruders from Godrej Garden City. The trio soon turns into a fleet that travels across Ellis Bridge, Kalupur Bazaar and reaches up to the Sabarmati Riverfront.

Ahmedabad seems to have become a lucrative destination for shooting advertisements of late, besides the fact that the film industry has shot some of our favourite films here, like 2 States, Gujjubhai Series, Sameer, Kai Po Che! and Bey Yaar. The most celebrated advertisements of all have been of the Khushboo Gujarat Ki commercial series by Gujarat Tourism, featuring the luminary Amitabh Bachchan.