The 6th edition of Ahmedabad Flower Show at Riverfront is inaugurating with a fragrant and fresh outlook this year. From December 30, 2017, the visitors will experience vertical gardens and carpets stencilled with flora that we usually witness in books including orchids, gerbera, anthurium, and carnation at the concrete banks of Sabarmati River. The theme of heritage will be symbolised through iconic gateways, edifices, and chabutras of Ahmedabad, which will all be decorated with flowers like last year when flowery sculptures of avian and dinosaurs became a major attraction amongst viewers. 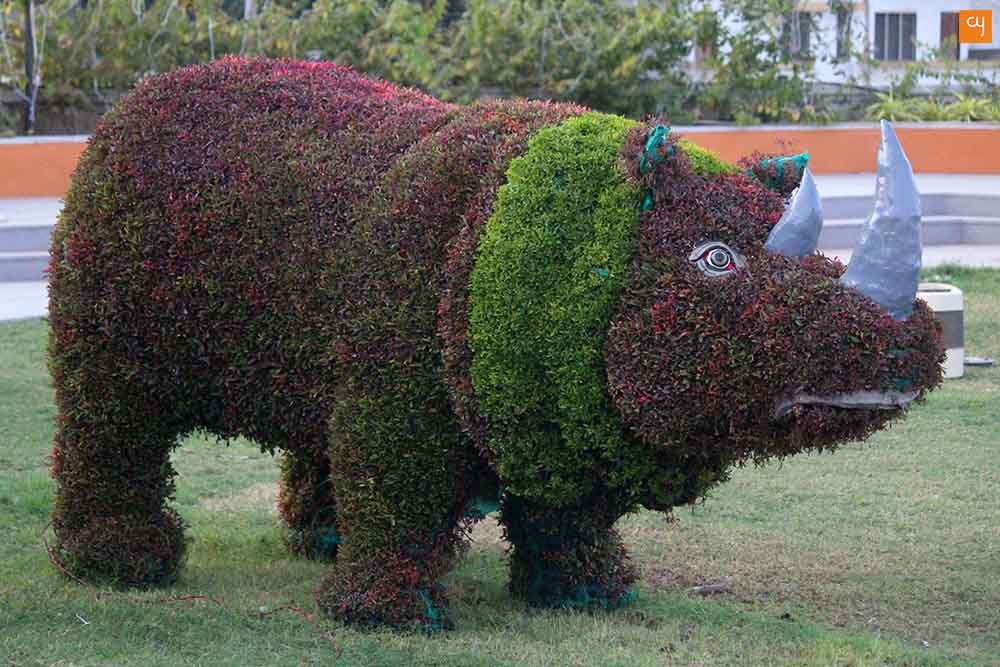 Prolonging till January 9, 2018, the flower fiesta is expected to gain much higher footfall than 2017’s 18-20 lakh people. Extended in more than 1 lakh square meter area at Riverfront, the redolent flower garden was established permanently during the fifth edition of Flower Show in 2017. With more than 27 retail outlets selling vivid saplings, wholesome seeds and plant allied products the extravaganza in 2017 witnessed 750 varieties of flowers through a joint contribution between 13 top-tier nurseries.

Head of AMC’s garden department Jignesh Patel declared about the addition of 1.5 lakh plants of 63 different species and 750 breeds for display this year including the exotic species of Mokara and Vanda orchids of Thailand. And this means that the 3.5 lakh plantations of 2017 will be augmented to 5 lakh plants and all the audience, selfie buffs, nature admirers and enthusiasts will be able to spectate it zealously for more than ten days, which also includes two Sundays. The show is camera friendly so photography enthusiasts can feel free to document it exhaustively.