A Charming Closure to Alpvirama 2016 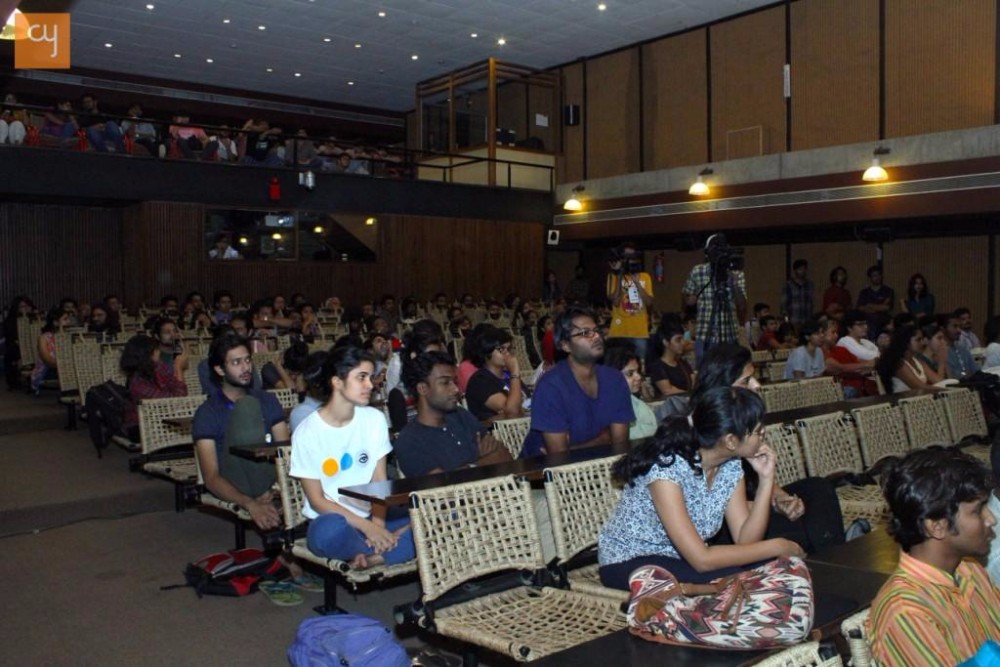 Vivacious young faces adding its charm, the conclusion ceremony for Alpvirama 2016 at the Auditorium of National Institute of Design, Ahmedabad was more than just heart throbbing. Alpvirama being an international film festival was able to mobilize filmmakers from 9 different countries. There were more than 20 professional and high-resolution cameras drooling upon the audience under a single dome. The line-up schedule wasn’t revealed making the audience more anticipating with ‘what’s coming next’. Alpvirama 2016 was a five day event starting from 4th of October and concluding on 8th of October, the last day dedicated to workshops and learning sessions. The festival showcased more than 60 short films from fiction, documentary and competition segments from across South Asia. 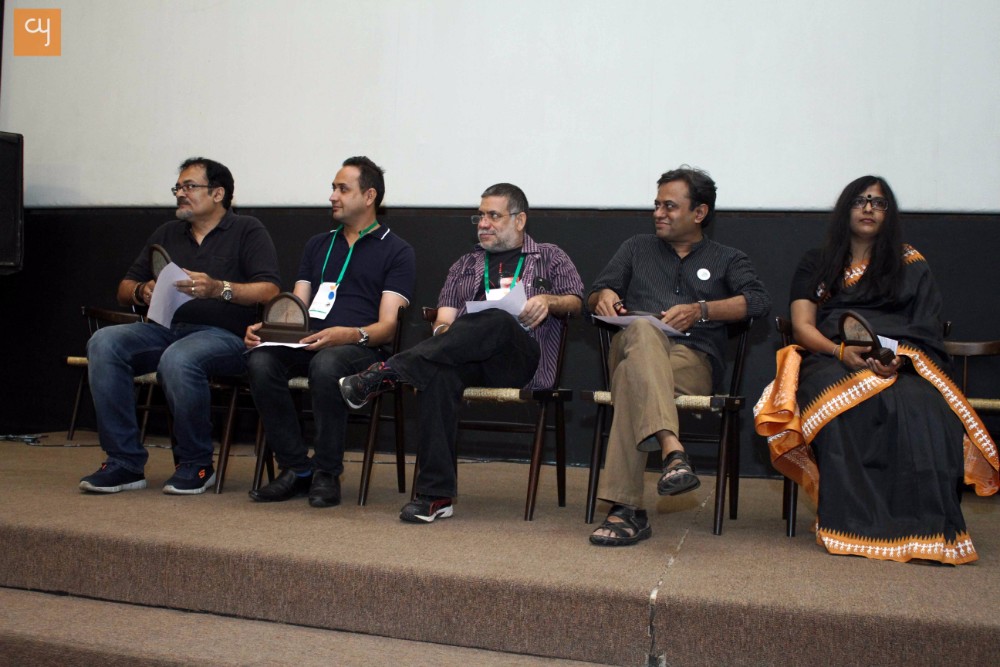 Wearing the best of their attires all the jury members were perfectly set for delegating the Best Short Film & Best Short Documentary awards to the registered participants. But, Mr. Arun Gupta the festival director of Alpvirama 2016 had a pleasant plan to mesmerize the audience. With a handsomely trimmed welcome speech by the hosts, the event was diverted to Meghdhanush the famous indie rock band of Ahmedabad, who has produced magnanimous melodies with music gurus like the Indian Ocean and Rahul Ram. The band was exclusively invited to groove for the evening and it certainly did with a blend of contemporary rock and the Indian Classical voice. The band performed 4 brilliant Gujarati songs and left the audience awestruck with their cheerfulness and splendid coordination. The night was then prolonged by 3 NID students, who played a beautiful melody using simple musical instruments. 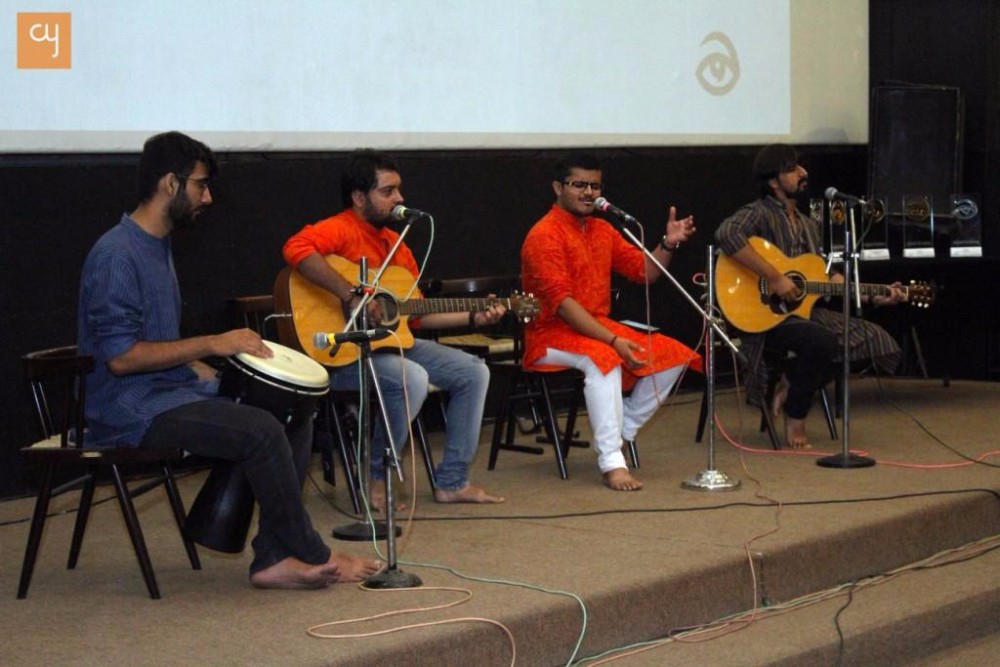 With people coming from different regions music became the proven common language to get connected and empathizing each other’s joy as well as melancholy. Though the music was soothing there was a mumbling butterfly amongst everyone’s stomach, after all, the winners were still yet to be discovered. So finally the jury members with all due respect to every creation declared 9 best short movies amongst the fiction and documentary section. The entries were as follows: 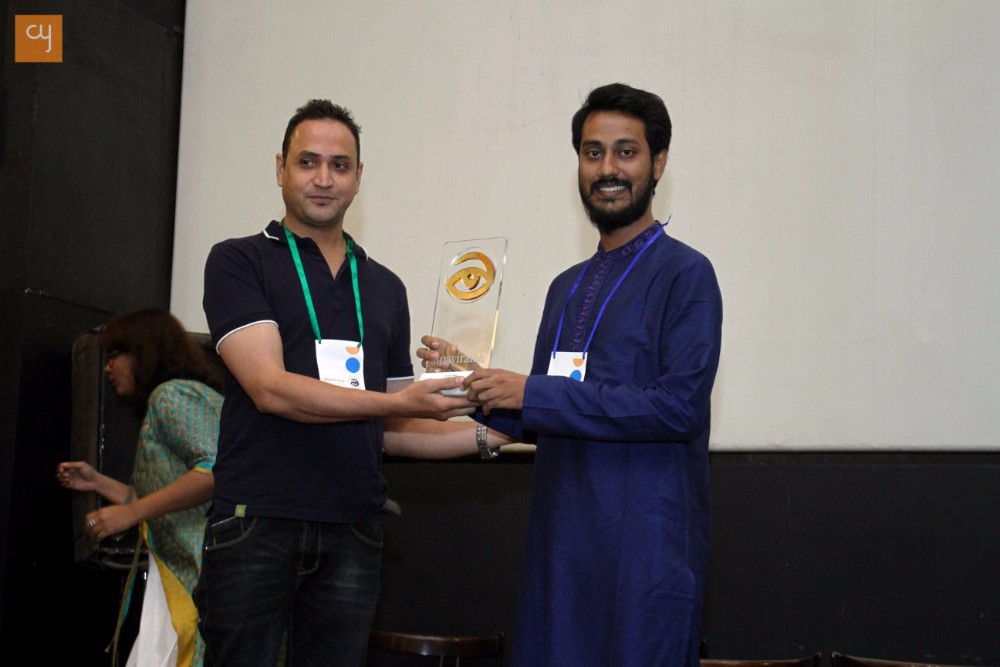 Receiving those trophies was a really moving moment for the filmmakers; few exclaimed their happiness on watching their film getting displayed first time on a big screen, some dedicated their trophy to their inspiration/mentor, one was literally speechless with an eye full of tears and another dedicated the trophy to his late friend, who was an integral part while filming this movie. 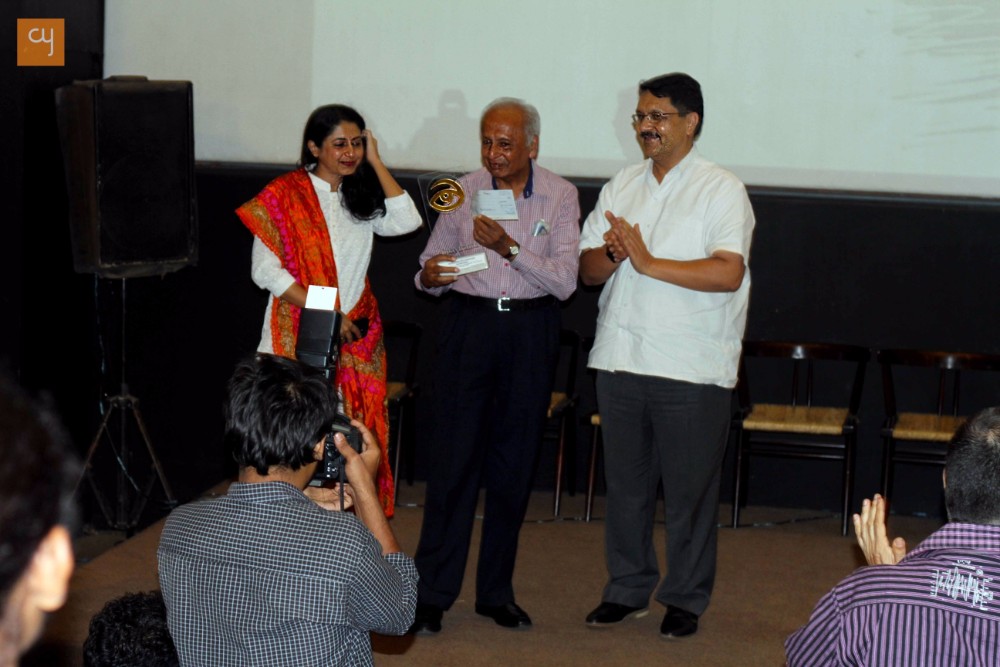 While everything was in an emotional flow, the Prof. Satish Bahadur Lifetime Achievement Award was declared to Prof. Yogesh Mathur, who taught Film Editing at FTII from 1976 to 1997. An amazing frame illustrating Yogesh sir’s layout and a respectful standing ovation by each one present was given as a tribute to the awardee.

Finally, Alpvirama 2016 was then concluded by displaying the Golden Comma Movies again and seeing off the jury members with a memento. Ahmedabad was lucky to host one of South Asia’s credible film festival.