What is young India reading?

We did a short survey to find out what young Indians under the age of 25 are reading. In this article, we share their answers.

Neil Gaiman famously said, “Read. Read anything. Read the things they say are good for you, and the things they claim are junk. You’ll find what you need to find. Just read.” Read for pleasure, he says, in a lovely lecture published by The Guardian focusing on what children and young adults should read and how one can inculcate reading habits in them. That they should begin reading, no matter what book it is, is enough, he suggests.

To tap into this energy among young readers in India—of the inquisitiveness in their hearts—we reached out to survey and discover what their current reading lists are. Here are the variety of books that today’s youth in India are reading and the ones that grab their attention the most. 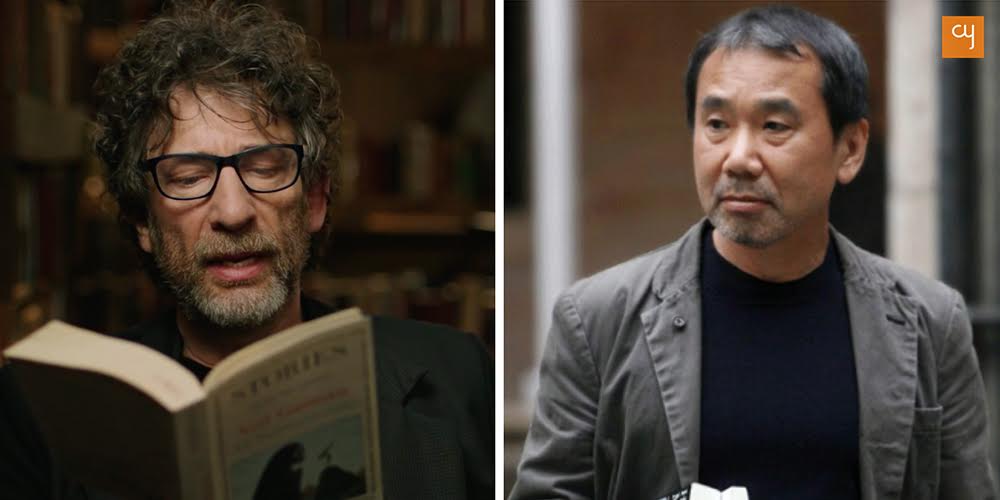 Let’s start with Neil Gaiman himself, writer of many fantasy works. Diya Ibrahim, a passionate reader told us, “I love everything about Gaiman; he’s been my favourite author since I was 15. I started with Fragile Things, and I’ve read almost all of his books since then.” She added that she is currently reading American Gods. Neil Gaiman is a master storyteller who occupies a special place in the hearts of many young readers. One of his most-read books is Good Omens, co-written with Terry Pratchett, which has now been adapted into a TV series.

The next most largely read writer among young Indian readers is Haruki Murakami. Murakami’s novels often indulge in magical realism and deal with subjects universally acknowledged and experienced. Shaoni Rakshit, an avid reader, discusses her experience of reading his works: “I’m a Murakami fan, honestly, and I’ve read a lot of his work. My favourite Murakami novel is Sputnik Sweetheart. I can’t exactly explain why but I think it’s the most absurd thing he’s written (that I’ve read) and that actually makes me love it a lot. I love how he never yields to resolving plot conflicts. Authors often feel the need to cater to the audience and he just disregards it so nonchalantly. He weaves this world which is relatable yet surreal.”

Shaoni is currently reading Men Without Women, about which she says, “There’s a certain incompleteness in the narrative that reflects the incompleteness in the lives of men devoid of women. I feel like this sense of prolonged wastefulness is what Murakami points at. I think everyone should read him once. However, I think there are only two reactions that one can have—you’re either going to love him or you’re going to hate him.” Zuha Kachkar, who is reading Murakami’s Norwegian Wood currently, shares that his “language is visual” and not difficult to read at all, even for those who are beginners as readers. 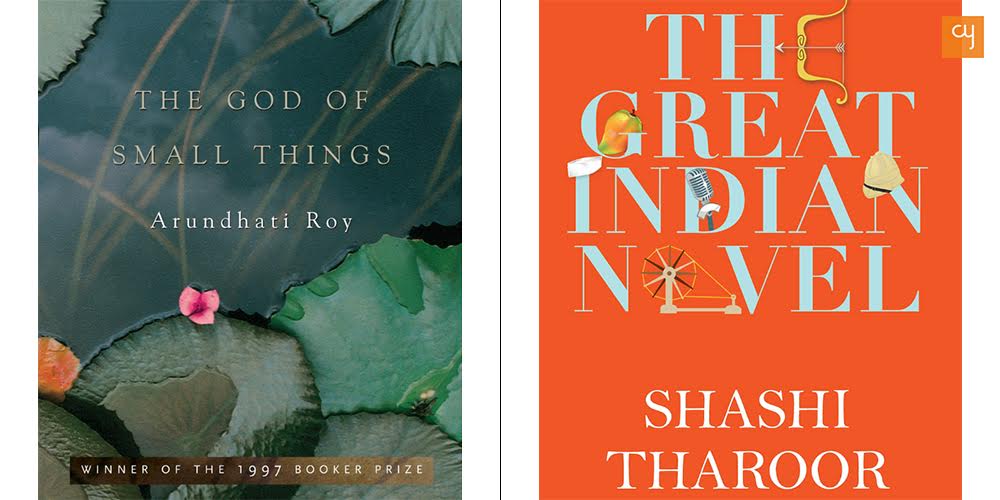 One cannot ignore the best of South Asian writing, especially the shared experience of reading it while growing up (and perhaps rereading it ten years later). Ruskin Bond is the first name that comes to mind when we’re looking for sensitive brilliance in storytelling. Other names that appear range from Arundhati Roy’s most well-read novel The God of Small Things to Salman Rushdie’s Midnight’s Children and Amitav Ghosh’s The Glass Palace. RK Narayan’s beautifully told tales of the town of Malgudi enter many reading lists and create space for themselves to often return to the innocent episodes of Swami and Friends. For Bhakti Jain, who loves exploring new books, a must-read would be Shashi Tharoor’s The Great Indian Novel, “I would recommend it to anyone who likes mythology and politics and doesn’t mind if some political figures are compared to seemingly inappropriate Mahabharata characters.”

Beyond India, many are discovering contemporary literature from Pakistan and Sri Lanka, and educating themselves on the cultural contexts reflected in these books. Art reaches the peak of its importance in society in powerful works like Sri Lankan novelist Anuk Arudpragasam’s The Story of a Brief Marriage.

While reading lists are full of many classic and contemporary writings from the Indian subcontinent, there is another category of books that can be found in many homes of young readers—the American classics. Top among these are Mark Twain’s The Adventures of Tom Sawyer and Huckleberry Finn. For Azal Dosanjh, there is a certain joy and wonder in rereading those books that one read as a kid, “When I used to read them as a kid, I never realised the significance of the storytelling techniques and style because we were kids reading about kids. However, reading them now really makes me realise the innocence of childhood. Almost every page has me smiling because Mark Twain captures the inner workings of a child’s mind and heart perfectly. It gives a sense of nostalgia while at the same time, it reminds me of how innocence is so much more necessary in the modern world today and in adult life than we ever care for.” 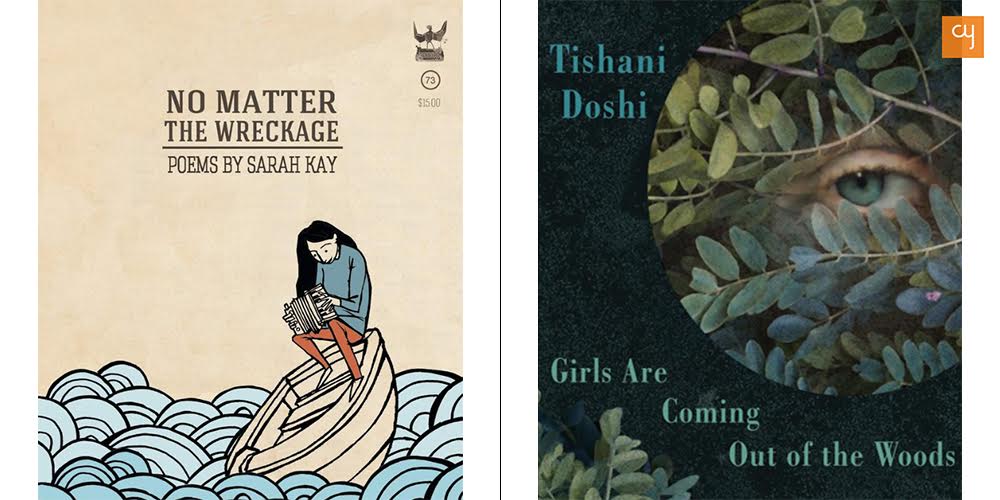 Contemporary Poets and Their Predecessors

American poet Henri Cole once wrote, “In a poem, we have only a little snapshot of the soul in a moment of being.” It is perhaps in search of that moment caught in a snapshot that one reads poetry closely, regardless of one’s age. Today, it is great to see poetry blooming in India and young readers looking out for poems to show them a little bit of light. While many return to classic British poets, some have begun exploring new poetry released over the last decade or so from across the world. Most commonly found in people’s lists are Indian poets like Tishani Doshi or American contemporaries, of which Kaveh Akbar and Sarah Kayfind a place of high regard—as poets who offer a comforting shoulder to everyone who has read them.

According to Ardra Narayan, a young poet and reader, one book that absolutely needs to be read is American poet Elizabeth Acevedo’s The Poet X. The book takes on the shape of both a novel and book of poems at the same time: “I think what really got me into it was that I thought I was about to read a young adult novel (the cover mentions “A Novel by Elizabeth Acevedo”). I started reading the poems in it and thought that might just be how the book begins. Three hours later, I had finished the entire book and I had no idea when the prose was coming. I like the way an entire novel is told with just poems. Not a single one of those poems describes details I don’t care about. Sometimes in books, there are pages and pages of exposition and I think The Poet X establishes all of that with very few words because it is poetry,” Ardra discusses. 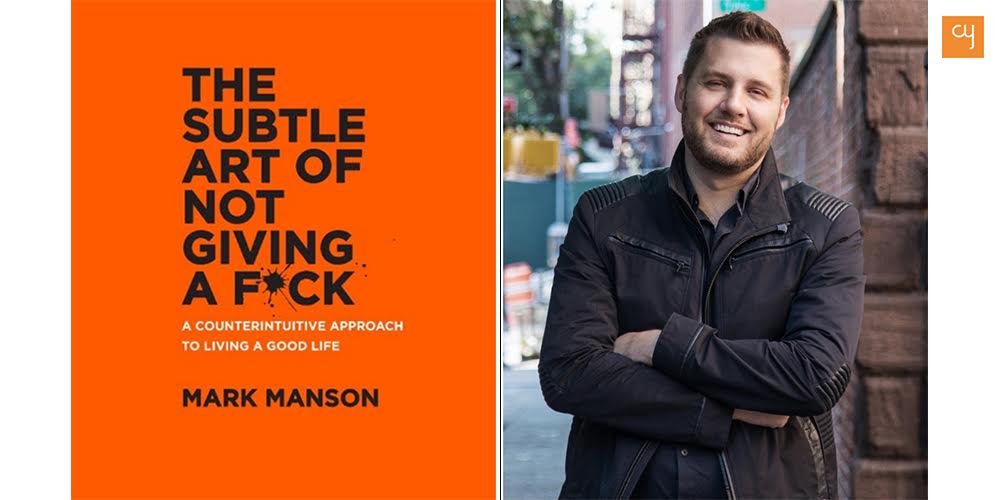 Books That Help in Personal Growth and Well-Being

Finally, there are the Mark Mansons that find a home in many young readers’ cupboards, like The Subtle Art of Not Giving a F*ck which made a lot of noise on its release. One can spot this book in many backpacks, kept for a motivational reading on living a good life. Hargun Kaur Sachdeva, who has read both his books, says, “The book will not feed you positive thinking and its power. It won’t tell you how to be successful or claim to solve all your life problems. It will not promise to change your life forever. But in doing just that it will change your perspective in the long run in so many ways. It is one of the most beneficial and important non-fiction books I’ve ever read and I know I will keep going back to it.” Other commonly seen personal growth books include Charles Duhigg’s The Power of Habit and Amy Wallace and Edwin Catmull’s Creative Inc. Pranav Langer who is currently reading the latter has learnt immensely from it and recommends it to all young leaders. “It gives such practical insights into how to sustain innovation and creativity in an organisation. It also talks about how one can build a team and that’s what I wanted to learn most. What I like about it is that it’s so honest, he doesn’t hide any flaws or failures.

From novels that make for light train-travel reads to those with incredibly intense storytelling, young readers are indulging in exciting books. These are great recommendations for fellow readers like you who are perhaps looking for books to begin with, or books that you can keep close to your hearts and breathe your own life into.