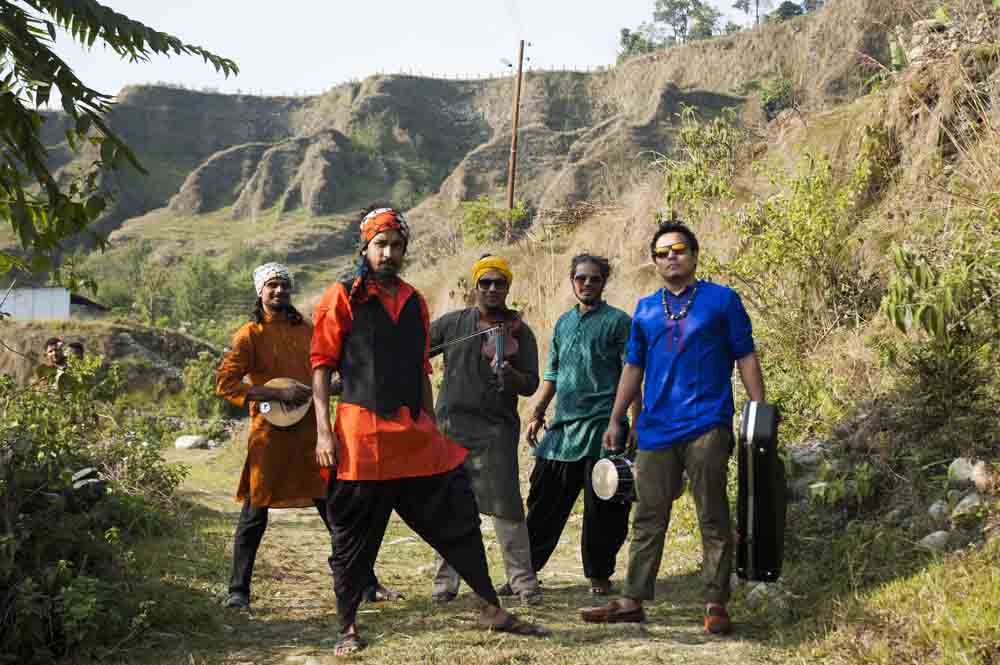 A folk musician, a self-taught mandolin player, a Carnatic violinist and a freestyle drummer. Can you imagine them all together? Now imagine them singing Kabir. You cannot call these guys just a band. They are an experience to behold and participate in. Neeraj Arya’s Kabir Café is food for the soul.

Over the past 6 years now, Kabir Café has come to embody a unique spirit of cultural inclusiveness and true acceptance. Inspired by the 15th century mystical saint Kabir and his verses, popularly called Kabir ke Dohe, the band truly believes that Kabir has been a part of all their lives and that they are chosen to spread his words to the masses. Kabir ke Dohe talk about conscience being the connect between Atma and Parmatma, about soul and life, in truly simple language that touches you profoundly. Taking a cue from the saint himself, the band’s music is an expedition to make sure that his verses are made available and understandable, through modern-day music, to a generation that is isolated – almost alienated – from the Kabir folk music. 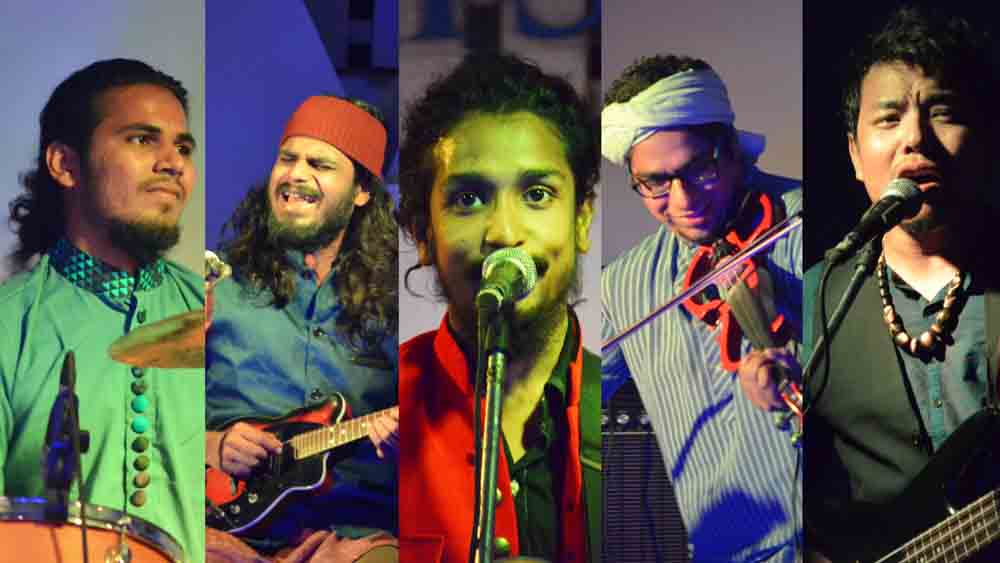 The Mumbai-based neo fusion rock band comprises the uncanny combination of guitarist Neeraj Arya, who pioneered the Kabir Rock genre, as lead vocalist and rhythm guitarist; Raman Iyer, a self-taught mandolin player; Mukund Ramaswamy, a Carnatic violinist and Viren Solanki a free style musician on the percussions and drums. Other members include Poubuanpou Britto KC, for bass guitar and backing vocals. The band is called Neeraj Arya’s Kabir Café as it was conceptualized by Neeraj, who came to Mumbai wanting to a make a career out of music, only to wind up performing initially on railway stations under the NSPA (National Streets for Performing Arts). In an interview with The Hindu, when asked about his journey with exploring Kabir, he says,

“Kabir was always around. My journey with him started in 2006, It’s his words that brought the transformation in me.”

“We have so much of Kabir’s content that we can package into songs. We believe we are more performers than musicians. We don’t use guitar pedals, processors or use power chords. We create poetry and make sure the music enhances it. The poetry has a message which we feel is absolutely meaningful today.”

Neeraj sees parallels between Kabir’s simple approach to uttering bitter social truths and current protest art, which is what he wanted to do when he came to Mumbai. He met violinist Ramaswamy while they were both working for the National Streets for Performing Arts, a group that brings art to public spaces. They began to perform Kabir’s verses together in their unique way, on railway platforms, without any embellishments. This was when Raman Iyer, the mandolin-player, heard them perform, and voiced a desire to join them and form a band.

Men of few words, they describe their work as verses of Kabir and only that. But as their aim is to reach the masses , they add pop, rock, folk, fusion and sometimes a reggae and Carnatic flavor to the verses, giving them a complete modern day makeover. There are no boundaries. All the band members come from such varied backgrounds that it gives them the advantage of not belonging to any school of art or music, giving them the liberty to truly experiment and only pursue what feels right. In an article on RedBull, they say,

“Kabir is a comrade, not God. We do not worship him, we question him, and find our answers in him. A lot of people have sung Kabir, through bhajans and satsangs. We build on the folk fabric and push these tunes into the public domain. If Kabir met Bob Marley, they’d be making the kind of music we do. Kabir is our rockstar!”

You cannot really put Kabir Café in a genre. And I think that this is exactly what the band members hope to achieve with their words – to be free of the traditional boxes we put all art forms in. They don’t just recite or sing. They truly communicate – a soul-searching communication that makes one think. They live and breathe the soul that spoke to make a difference, so much so that you can feel them bring Kabir to life when they perform.

While music has become an industry pandering to repeats, with lyrics sometimes making you cringe just by their sheer mundanity, Neeraj Arya’s Kabir Café lends quite a balm of soothing words that washes over your soul, all the while creating ripples and rediscovering expression.

Neeraj Arya’s Kabir Café is bringing their magic to Ahmedabad at the Kanoria Centre for Arts on the 17th of March at 7.30pm. Entry is free for all but registration is compulsory, so be sure to not miss out.