Visuals speak louder when married to words: The CY list to illustrated collectibles.

We at Creative Yatra, think some of the loveliest illustrations we’ve ever seen have been in books or maybe that’s just the association one makes with great story-telling, so we decided to round up a few of the most beautiful illustrated books that have over the years lived to earn acclaim and a certain (also well-deserved) cult status making them true collectibles to adorn your little reading rooms. We’d like to list some that we think make the cut and we’re going for beauty and not iconic/popular status. We are looking at the make and craft to appreciate innovation and bring about true survey of all the diverse visuals out there. Skim through our picks for the most adorable as well as brave picture books that have caught our attention. 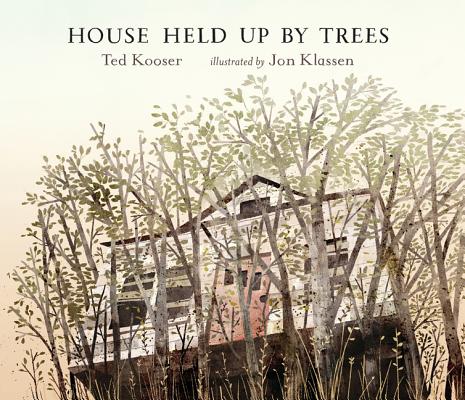 House Held Up by Trees by Ted Kooser and illustrated by Jon Klassen: From Pulitzer Prize-winning poet Ted Kooser and rising talent Jon Klassen comes a poignant tale of loss, change, and nature’s quiet triumph. When the house was new, not a single tree survived to give shade from the sun. When the children grew up and moved away, their father, alone in the house plucking out sprouting trees. Until one day the father, too, moved away. The trees began their approach. At once melancholy and thrilling, this lovely, lyrical story evokes the inescapable passage of time — and the awe-inspiring power of nature to lift us up 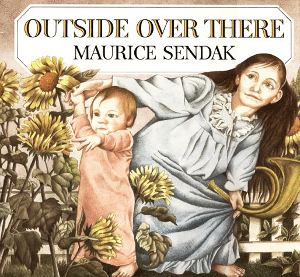 Outside Over There, written and illustrated by Maurice Sendak concerns a young girl named Ida, who must rescue her baby sister after the child has been stolen by goblins. Based on the sensational Lindbergh baby kidnapping case, Sendak was left very affected. That experience showed him the mortality and peril of children. Outside Over There draws more specifically from the Lindbergh case (one of the illustrations of the lost baby is a deliberate portrait of the infant Charles Lindbergh Jr.). 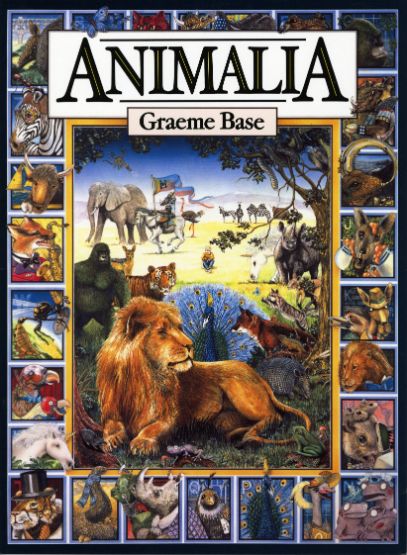 Animalia, written and illustrated by Graeme Base: What’s beautiful and Fun? Well Animalia is. The alliterative alphabet book and contains twenty-six illustrations, one for each letter of the alphabet featuring an animal from the animal kingdom along with a short poem. The illustrations contain many other objects beginning with that letter that the reader can try to identify. As an additional challenge, the author has hidden a picture of himself as a child in every picture. 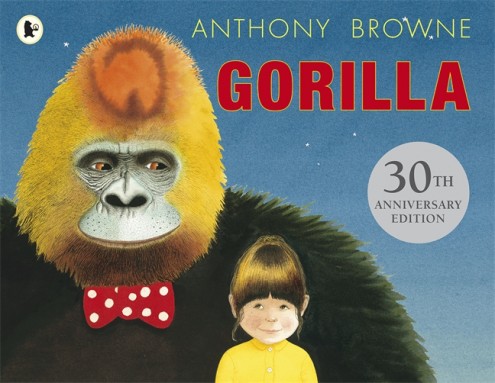 Gorilla by Anthony Browne (1983) is a beautifully drawn story from the former children’s laureate about a lonely girl who finds friendship in a gorilla. Anthony Browne’s incomparable artwork illuminates the deeply satisfying story of a lonely girl, a friendly gorilla, and their enchanted night out. 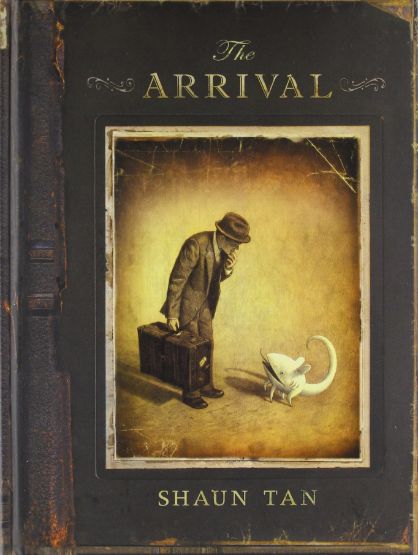 The Arrival by Shaun Tan is a wordless “graphic novel” that tells the universal story of immigration. The protagonist, a young man, leaves his troubled homeland in search of a new home for his wife and daughter. Tan sets the mood with sepia-tone color schemes, ranging from grayscale to bright gold distinguishing every scene. Reminiscent of aged photos, the illustrations often feature realistic-looking humans in surreal environments evoking futuristic and old-fashioned aesthetics 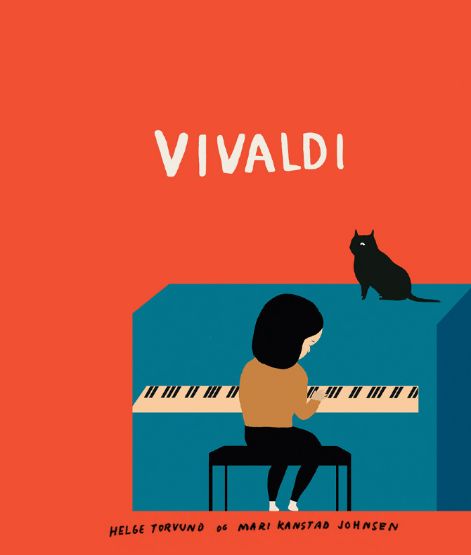 Vivaldi, written by Helge Torvund, illustrated by Mari Kanstad Johnsen narrates the story of a little girl named Tyra, who does not like school – so she has stopped talking there. The other kids bully her, and make her feel very small. Tyra isn’t this way at home though, she is happy at home. Something begins to change in Tyra’s life after she gets a little kitten. She begins to feel confident about facing her troubles, because she is no longer facing them alone. Collect you copy for the fabulous Mari Kanstad illustrations that are pure joy. 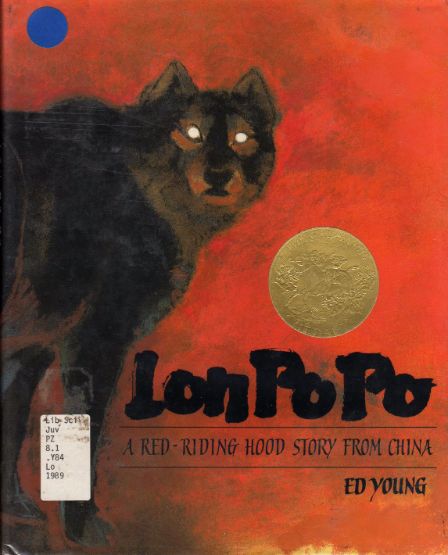 Lon Po Po: A Red Riding Hood Tale from China, written and illustrated by Ed Young: The story is a Chinese version of the popular children’s fable “Little Red Riding Hood” as retold by Young. Contrary to the original fable, in which there is only one child (little Red Riding Hood) who interacts with the nemesis of the story (the wolf), Lon Po Po has three children. The shadows and cautious, frightened faces coupled with the narrator’s expressive storytelling is known to leave viewers on the edge of their seats. All thanks to Ed’s remarkable water color and pastel pictures. 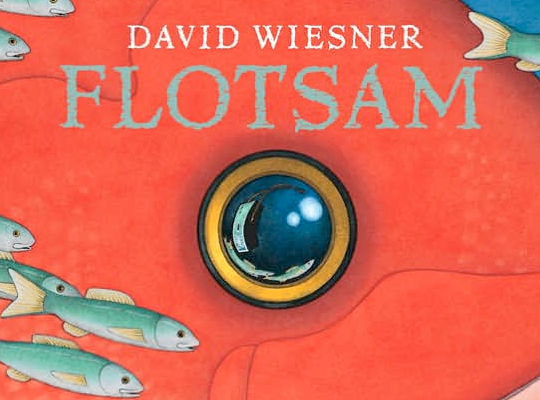 Flotsam, written and illustrated by David Wiesner uses no words and is told in pictures. A boy at the beach and finds an old camera. He takes the film to get it developed, and is taken onto a fantastical undersea odyssey. Lets not argue with the Kirkus Review when they say, “From arguably the most inventive and cerebral visual storyteller in children’s literature comes a wordless invitation not to be resisted”. (And may we add, one to be collected). 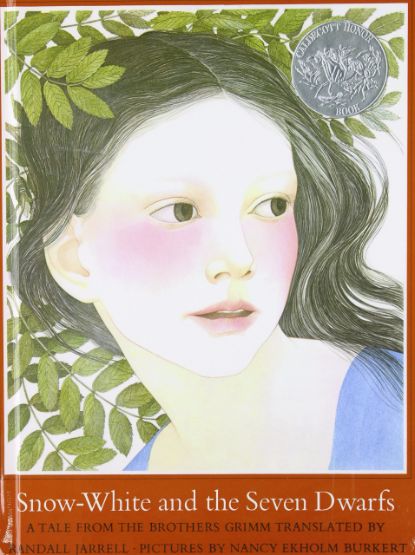 Snow-white and the Seven Dwarfs, written by Jacob and Willhelm Grimm, illustrated by Nancy E. Burkert retells the tale of the beautiful princess whose lips were red as blood, skin was white as snow, and hair was as black as ebony. Burkert’s tapestry like paintings, strong yet delicately detailed, radiates a spiritual beauty that enriches the movement of the story in its medieval setting. Jarrell’s style, graceful and dignified, stays close to the original. 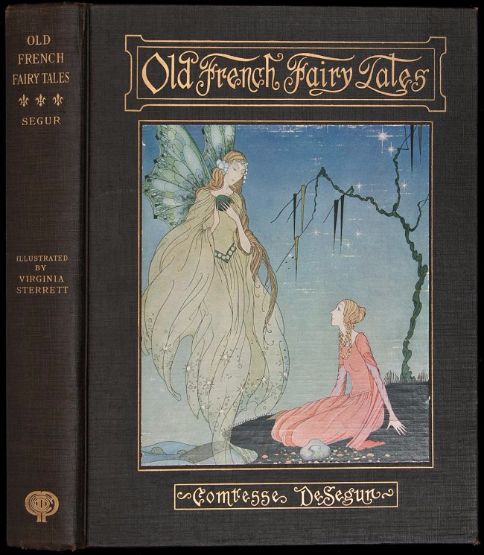 Old French Fairy Tales, written by Comtesse De Segur, illustrated by Virginia Frances Sterrett: A wonderful book with 5 timeless French fairy tales magnificently illustrated with 8 beautiful and dramatic black and white drawings by Virginia Frances Sterrett. “Done when she was only 19 years of age, this was Sterrett’s first book, and she is often referred to as the ‘female Kay Nielsen’.” 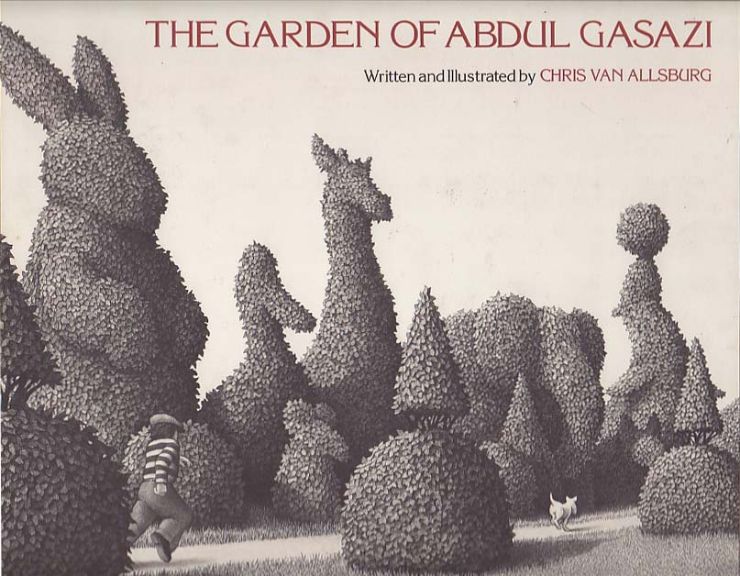 The Garden of Abdul Gasazi is a best-selling children’s picture book written in 1979 by the American author Chris Van Allsburg, which also happens to be his first book before he went on to create another classic, Jumanji. Alan accidentally allows Miss Hester’s dog, Fritz, to enter a magician’s garden and is horrified when he thinks Fritz has been turned into a duck. “This is without question one of the best – and most original – picture books in years” says New York Times Book Review. We couldn’t agree more. 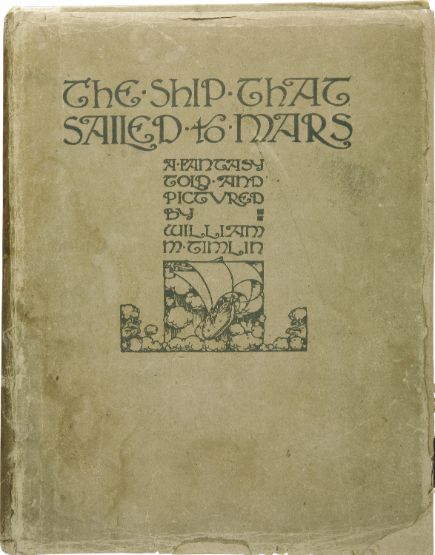 The Ship That Sailed to Mars, written and illustrated by William Timlin: “The Ship That Sailed to Mars” has a legendary reputation, and the original edition is much sought after by an ardent cult of collectors. Its author, William Timlin, was an obscure South African architect who, in a singular burst of creativity, brought forth a magical intertwining of science fiction and fantasy, a kind of Burroughs meets Tolkien. With 48 pages of calligraphic text in Timlin’s hand and 48 color plates, it is a work of stunning design, illustration, calligraphy, and overall conception.

Hans Andersen’s Fairy Tales, illustrated by Harry Clarke contains Andersen’s timeless and much loved tales such as, The Ugly Duckling, The Little Mermaid, and The Princess and the Pea, as well as lesser-known tales like The Storks and The Marsh King’s Daughters. Recalling one’s childhood self the book leaves one mystified with these images; leaving one equally intrigued and intimidated by the exotic depictions of Andersen’s stories. Their sumptuous imagery is surrounded by an aura of foreboding, which one still can’t fully account for. 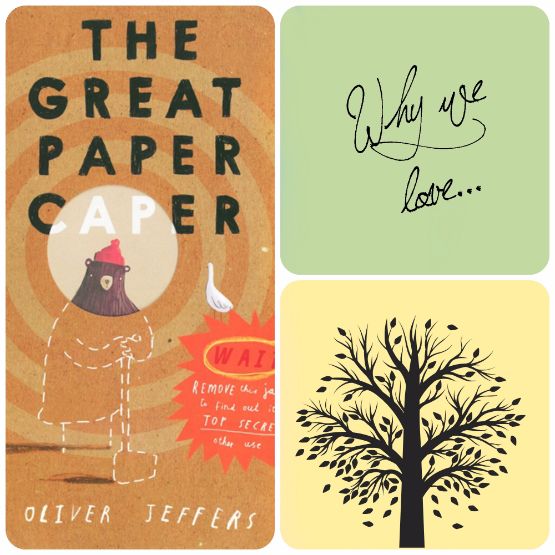 The Great Paper Caper, written and illustrated by Oliver Jeffers. The picture book features funny looking characters with dots for eyes and stick for legs that live in the forest conveys a sense that everyone is responsibility for the environment in which we live. The illustrations have a character of their own adding a whole new insight into each creature’s life that can lead to bigger discussions. Along a Long Road by Frank Viva, 2011: Sometimes a book comes along that really just takes your breath away. Along the Long Road is that book. It follows a very simple story about a rider on his bicycle as he travels along that single road, up and down, into a tunnel, around and through towns, hitting a few occasional bumps, slowing, and going faster, over a bridge and more. “The book was created as a single, continuous thirty-five-foot-long piece of art using Adobe Illustrator.” If that doesn’t sound incredible, let me bring in the reality of it. This means that you can follow the gold road from cover to cover (including the end pages!) and it is indeed one long road. The Little Prince, written and illustrated by Antoine de Saint-Exupéry is vintage and thereby a collectible. First published in 1943, this novella is a poetic tale, with watercolor illustrations by the author, in which a pilot stranded in the desert meets a young prince fallen to Earth from a tiny asteroid. The story is philosophical and includes social criticism, remarking on the strangeness of the adult world.

Having said that, we are sure there are loads of other great books out there as well that we may have missed. How about you add them on to our list in the comments? Beauty and stories after all is obviously better shared.