An unforgettable lunch in Singapore 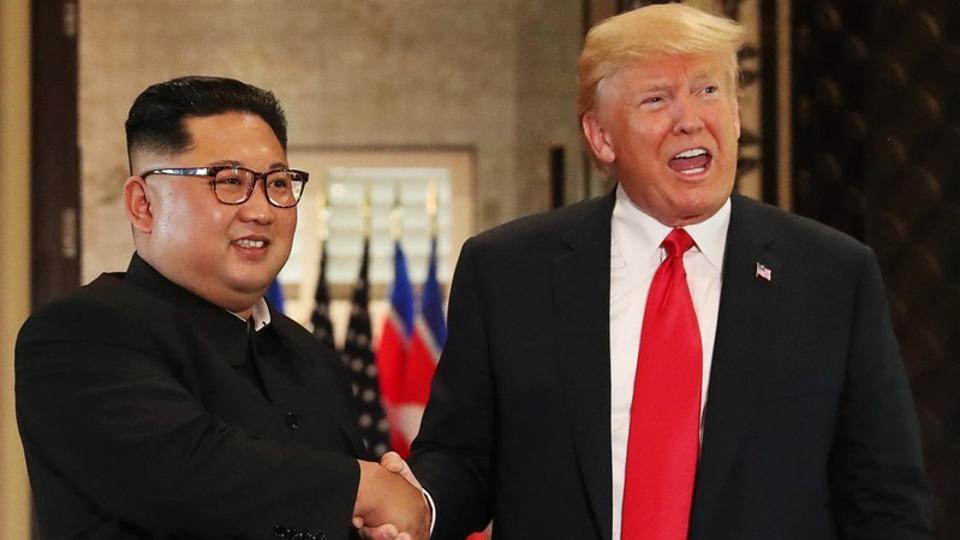 Finally, US President Donald Trump has become friends with Korean leader Kim Jong-un. Both leaders recently had a working lunch that marks history with their new-found friendship. But what was on the menu of the day? Was the menu heavy on Korean tastes or American tastes? Or did the Capella hotel have a surprise in store for everyone? Let’s find out.

A huge moment that the world did not foresee occurring happened this week. Two of the most prominent and controversial leaders in the world shook hands. That’s right, US President Donald Trump and North Korean Leader Kim Jong-un, who were at a Twitter war of nuclear war proportions not too long ago, have finally united at a historic North Korea–United States summit.

The two leaders met in Singapore, one of the finest countries of the East, to bring down their wall of differences. The best part is how the two leaders from two different cultures met in a totally different country in what turned out to be a beautiful blend of cultures. The best example of this took place at a working lunch in which both leaders participated. The lunch consisted of a fusion of cuisines from the West and the East, providing Trump, Kim and the other delegation members with a tantalizing banquet. But what was on the menu of the day? Not only did the Capella hotel serve up American and Korean dishes, but also Chinese and Malaysian cuisine.

Here’s a look at the menu for this historic ‘working lunch’:

Entrée – The starters consisted of traditional prawn cocktail served with avocado salad, which is indeed an elite beginning. The leaders were also served a Green Mango Kerabu, which is a popular Malaysian salad dish with honey lime and fresh octopus.

Oiseon – This Korean dish is made of cucumbers stuffed with brown oak mushrooms, beef and egg. The dish is then sprinkled with sweet vinegar sauce to bring out a sweet and sour taste. Theoiseon is known to stimulate appetite and hence is served as an appetizer.

Main course – While the rest of the menu for the main course comprised of Western cuisines like sweet and sour pork, beef short rib confit, potato dauphinoise and steam broccolini, the Yangzhou Fried Rice turned out to be the grand part of the main course. It is basically a southern Chinese dish made using rice, shrimp, pork, spring onions, vegetables, egg and bits of cucumber and crab meat. In the main course, there’s also Daegu Jorim, a Korean dish which is made using black cod along with vegetables and sauces. The participants at the working lunch had a choice between the beef short rib and the crispy pork.

Desserts – While the whole menu was a  bit off-key for Trump as the Eastern dishes overshadowed the Western dishes, it was all well sorted out when it came to desserts. Donald Trump is known to have a sweet tooth and is a huge fan of vanilla ice-cream. The dessert menu included the three mouth-watering dishes – Dark Chocolate Tartlet Ganache, the Haagen Dazs Vanilla Ice Cream with Cherry Coulis, and lastly, Tropezienne, which is also known as La Tarte de Saint-Tropez. Haagen Dazs (although not the best ice cream out there, it does represent the American taste).

A wonderful menu was indeed set out by the Capella Hotel for this highly historic event in human history, with the menu encompassing ingredients from Asia, with a tinge of American flavour. (It might have been great if some Tandoori chicken or sambar had also been served up, innit?) It’s appreciable that not only one or two, but multiple cuisines were brought into the limelight at the lunch. Their pairing was almost done in such a way as to create power combos between the Eastern and Western dishes.

But at the end of the lunch, it was Trump that stole the show when he asked the reporters present, “Do we look thin?