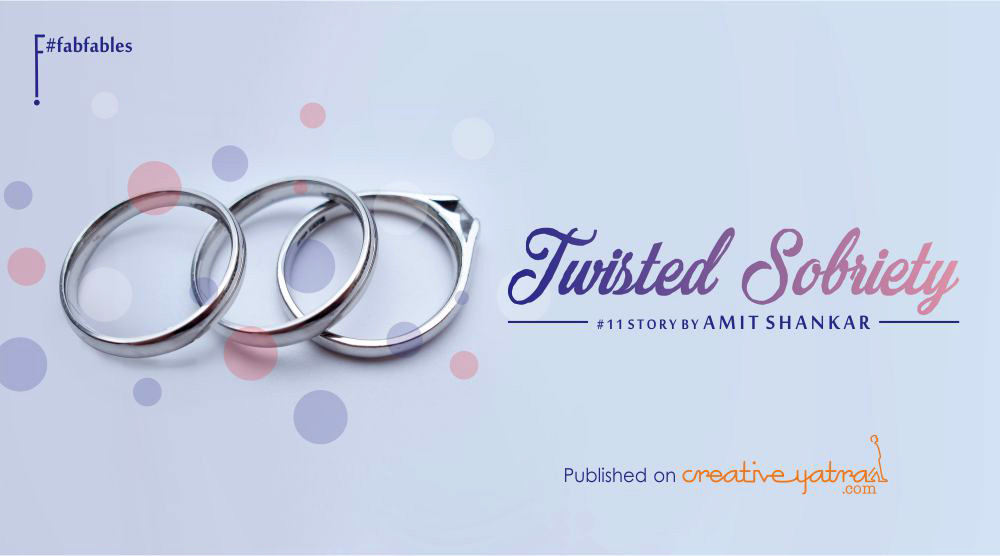 She sat there, numb, clutching her phone tightly.

Her eyes frozen and cheeks stained with tears.

It seemed that heartbeat had completely lost its sense of rhythm.

She hated it. After all, it was the same phone that was responsible for breaking the unfortunate news, just few minutes back.

“Kajal, I am sorry, but there is bad news…Karan is dead.”

She could not remember for how long Aditi, her best friend from Delhi, kept on consoling her, not even realizing that all her words of sympathy and courage were inundated in the longing memories of Karan.

Her eyes moved a little, caressing the pic frame, which had a sweet picture of her kissing Karan. She could vividly remember that she had clicked it when he had come to see her the last to last month. She still remembered how the embarrassed grin on his face made her love him a little more.

A promising writer, she had met him at a book launch. Everything about him was so special. He was the sweetest and most caring person she had ever known. Just out of a relationship, she was looking for support and he provided more than that. For more than a year, Karan, who was based a thousand miles away from her, in Delhi, had been her friend, mentor, guardian, lover and man. She loved her like crazy and adored him. Well almost…

The incessant ring of the phone shook her out of the flashback mode. Through her tear filled eyes, she could see the blurred name ‘Rishi’ on the screen. She wanted to disconnect the call. It was Rishi who had been the source of her constant spats with Karan. A well to do entrepreneur, Rishi was every girl’s dream come true. She had known him for almost three years now.  Since their first meeting at Mumbai airport, she had found him to be an interesting man. Over their years of association, Rishi kept professing his love for her along with a never ending the stream of exquisite and expensive gifts—scarves, shoes, jewellery, watches, perfumes and holidays. Rishi had taken her to almost everywhere she wanted to go—Chennai to Bangkok, Kashmir to Paris.  After Karan happened to her, she did not know what to do with Rishi. She loved Karan but saw no harm in accepting Rishi’s expensive gifts, as Karan could never afford them. Also, she saw no harm in going on vacations with Rishi as there was no way any writer could have afforded the royalty like a treatment that Rishi offered her.

Instinctively, she knew that Karan would not like it so knowingly she hid it from him. But somehow, every time Karan came to see her, he found something or the other at her place that would upset him—her picture with Rishi, a new expensive gift. No wonder, it was followed by heated arguments and tears.

In no time whenever she went out with Rishi, she started lying to Karan about her whereabouts. Based out of Mumbai, conveniently Rishi always managed to lure her. The excitement of sumptuous cuisine, high-end shopping and exotic vacation fascinated her so much that deep in her heart she started planning a world with Rishi.

However, on being caught by Karan, she always pleaded innocence.

“Hello,” she wiped her tears and grimly whispered.

“Hi Kjo.” He was exuberant as ever, so much in contrast with the ever brooding and unsuccessful Karan.

“Guess where are we going tonight?”

“All well?” He was concerned.

She fought herself for a moment. She had never told Rishi about Karan as she was afraid that the gifts would stop, so would the holidays.

“Yes, a friend passed away.”

“No, someone I knew.” She gulped a knot as she said it.

“Now, the friend is gone but life has to go on. Right?” He pestered.

“I wanted to take you to Burberry and gift you something from their latest spring collection, maybe a nice dress. What do you say?” He tempted her. “And then if you want, I can take you to your famous Japanese restaurant at Bandra.”

“You can’t be serious.” Aditi was shocked.

“My coming to Delhi won’t bring him back. And moreover, you know I can’t handle stress too well.”

“Kajal, but he was your boyfriend.”

“You said it. Yes, he was. I want to live in present. I am too upset and shaken up. Maybe I would go out for the evening and then on a vacation. Need to come to terms with life.”

Karan looked towards the other side, licking his lips trying to fight back the tears.

“It is not her fault. She is too innocent.”

“You mean it? What are you? Blind?” She was furious.

“I should not have planned such a cruel practical joke. Thanks for your help. And yes, keep this ring with you. Gift it to her from your side when she marries Rishi.”

As he walked away, carrying his burdened shoulders and lead filled legs, Aditi wondered if Kajal would ever know that if she had come to his supposed funeral, she would have been pleasantly shocked by his warm hug, wedding ring and a promise of a new start. After all, his death was a just symbol to denote a new start.