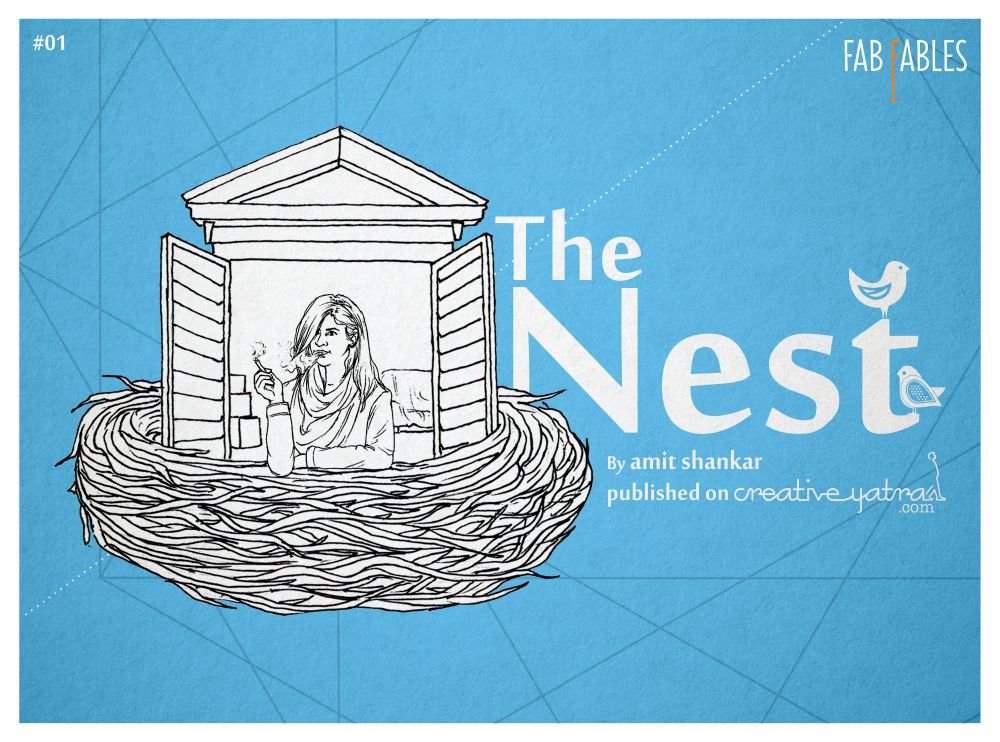 She looked around and took a deep breath.

After all the bellowing and angst filled moments, finally everything was packed. Her friends had suggested to hire movers and packers as they knew how to pack and that would reduce her stress. However, to her horror and dismay, even the most expensive one, the one she hired, had no sensitivity towards the household objects, which they packed so callously. But then she realized, to them, it was just another day at work and her home, just another house.

The living room that always looked cramped, today for the first time had assumed a spacious proportion. With the entire hodgepodge of furniture and knick-knack gone, it was dotted with big brown boxes, diligently sealed and marked.

It was a big day for her.

After years of nine-to-nine grind, numerous sessions on ‘boss management,’ paying escalated rents, seeking landlord’s permission even before putting a nail, she had managed to buy her own apartment. This made her stand tall, as she had achieved the second milestone in any middle class life. The first one, of getting married was already achieved and gone sour.

Her eyes lovingly caressed the walls of the house; her home of four years.

A lump grew in her throat.

Why now, she told her self. After all she was moving into her own apartment, something she always craved for.

She got up from one of the boxes she had been using as a makeshift seat.

Her system craved for some nicotine yet again. She could never relate the urge to smoke whenever she felt emotional or had the need to run away from the growing vacuum inside her.

She moved out of the living room. Maybe some fresh air would do her good, getting her mind off the nicotine urge. She knew well there was no cigarette in the house. Owing to her resolution of a leading a healthy life, the last pack was thrown away two days back, after the culmination of the office party.

Standing in her balcony, she scanned the view—a typical Sunday afternoon. Sporadic vehicles plying on the street, six floors down.  The weekday madness had lost its steam or maybe it was building it up for the next five days.

Damn, this place demanded some respect.

A rewind of the last four years with a cigarette was the least it deserved. She wanted it now; the smoke slithering down her throat and filling up her lungs. Why did she have to throw the packet, she cursed.

Suddenly her eyes lit up and she hastily walked inside.

In no time, she was pushing out the box she was using for seating purpose. There would be a cigarette pack somewhere, on the rear side of the air conditioner, in recess of the window. She vividly remembered putting one there for a day like this.

He got on the box, putting her hand on top of the air conditioner frame. Her fingers scanned the surface, trying to feel the outline of the pack. She strained her back, popping her frame on her toes, extending her hand to the fullest, towards the back of the frame, as she was sure of the packet being there. Suddenly her fingers felt something unexpected. Hurriedly, she pulled back her hand.  The fear of touching something alien filled her with fear.

What was it? A snake, a lizard, she shivered at the thought.

She decided to wait for the packers to return from their lunch break and have them inspect the scene for clarity and of course her cigarette pack. Till then she needed to scrub her fingers clean, off the sensation of that touch.

Four weeks later, she still stands there, in the same balcony.

Inside the apartment, a few boxes with basic utility items have been unpacked and the rest lie still stashed away in a corner.  As she inhales the smoke deep, looking out at the madness six-floors down, she feels content. After all, she could not have moved to her new house carrying the guilt of leaving the nest unprotected, with two eggs in it, after being discovered by the packers post their lunch break.

The day the eggs hatched and the newborn flew to their new home, she would do the same.

True, she would have to re-live with the hassle of bearing with the insensitive movers and packers.