The Hollywood Blast in Corona Times 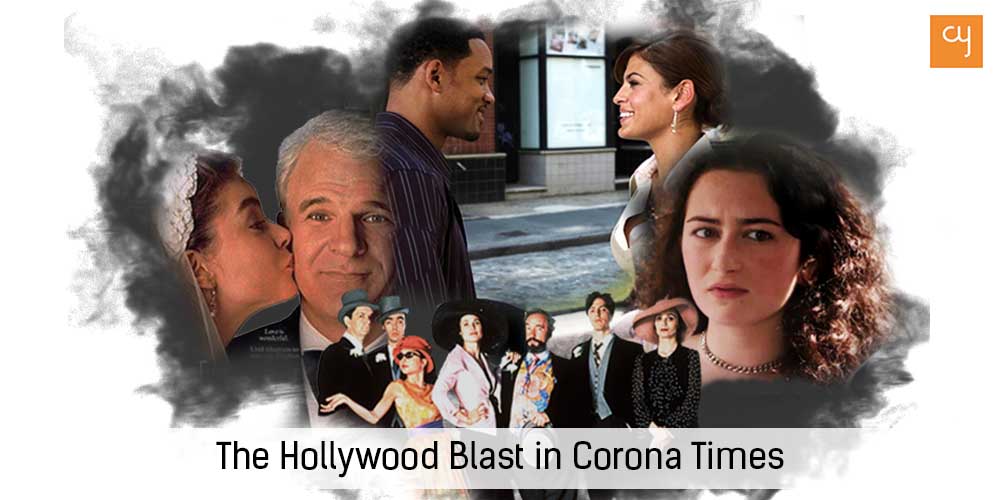 The Hollywood, one might recall, started coming to our living rooms first with the growing cable TV and even more with better options and multiple choices later with the onset of the DTH, what with the sprawling dish antennas on the urban as well as rural landscape that increased with growing affordability. While the past decade or two came with all the choices in terms of tens of movie channels – again what with the language choices added by the Indian film industry which has been doing some apt job with dubbing in Hindi, Telugu or Tamil or other vernaculars – the time with the householder was still a scarcity! Everything then suddenly changed in Corona Times, with all the time in the world coming at our disposal in the form of the Lockdowns I, II and III to battle what one may not shun to call the China-sent virus!

What we are learning from TV promos these days is that Indians alone have collectively watched the Hollywood fare for an astounding 32 billion minutes, which translated to our own numeric unit for convenience makes it 3200 crore minutes as of first week of July! The scale of viewership is also being measured in terms of ‘eyeball impressions’ which stand at 1 billion or 100 crores and are still counting! The individuals actually glued to these movie channels are estimated somewhere around 102 million, which is more than 10 crore Indians who may also be okay with spoken or written English that comes invariably in the form of sub-titles – something now a standard for all English movies at most channels! The chances of viewers seeing these films only for cinematography, location sampling or mere action by the likes of Arnold Schwarzenegger or Tom Cruise are also pretty good, if not for the word or text!

While these figures look absolutely reliable, many of us who got hooked to these channels in this interregnum since March 25th, soon discovered that these channels were pulling together their act with just some limited fare in their repertoire. We started noticing soon that the films were being repeated in a matter of alternate days, not even weeks, but of course at different timeslots to beat the viewer and then the fare was shuffled around end-June or thereabouts! But well, that’s simply not to say that the experience was not any good. Actually, far from it; since even an ordinary TV watcher who wouldn’t bet on Hollywood stuff vis-à-vis Bollywood previously, has ended picking up on what the major strains of some of these channels are, viz what the movies were here to say; or who some of their own stars are, or who some of their affable actors are though they may not be in the highly-paid league of a Brad Pitt, a Tom Cruise or Hanks or perhaps a Will Smith, a Denzel Washington, Angelina Jolie, et al!

So while Unlock III is being ushered in, you would now know that Times Now TV has its own bouquet with Romedy Now, Movies Now and MNX; and that Star Movies in India dishes out stuff dubbed in Hindi or that HBO could be missing from supposedly the best pack by GTPL in Gujarat! Also that Romedy Now offers its fare in the genres of romance, comedies, or a mix of the two or even family or social dramas, while its counterparts in the family offer action thrillers, sci-fi or fantasy and shun the ‘mundane’ romance or comedy!

Undoubtedly then, while action was the name of the game for some, expectedly much more for the millennial, it’s the family drama with romance, emotion or comedy in its core that won many hearts among the old hats! Pleasantly though, some of the stuff produced and set in the USA of the eighties-nineties through early 2000s and sparingly coming up to 2019 was still refreshingly relevant and even slick on film tech! You get a sense that they spend a lot on films; take you to picturesque places far and wide on the globe and the pace of film action remains tremendously high. A few of these films sometimes did extend even the social milieu to UK or Scotland also – for example a couple of mystical movies that recreate a world of evil spirits resurrected but annihilated in the highlands; and another one where this girl wanted to marry one of the most eligible bachelors from the royal lineage in Scotland, but soon found her discomfiture with English values having been born and brought up in contemporary slang-steeped USA!

Having sat through with quite a few films one does feel like putting some of this fare in retrospective, more specifically for their social dimensions in relation to a changed-as-a-melting pot yet not changing US, what with black lives continuing to be ‘underrated’ in some way as the recent events have shown once again. One could especially name films like The Barber Shop Series (2002/2004/2016) set in Chicago about the unsettled and unsettling world of the African-American-(read black)-community; Down with Love (2003) starring Reene Zellweger as a feminist author who is out to change the man-woman paradigm and for which she must make her new book a bestseller in a publishing world monopolized by men; Guess Who (2005) the Ashton Kucher-Zoe Saldana starrer about a still shocking white-black match; Life or Something Like It (2002), the Angelina Jolie starrer about the TV journo who has it big and even strikes gold in a fiercely competitive domain and yet just settles for a comfy family life; or even The Girl Next Door (2004) the film about the young student and his lady love, an adult film star, which blows off the mindset among the traditional audiences with its treatment of the subject of these stars’ professional work juxtaposed to their emotional love sides; reminding us in the process of real life success stories like Sunny Leonnes!

Then there are emotional comedies and family dramas like The Father of the Bride I and II (nineties), Four Weddings and a Funeral (1994), Hitch (2005), What’s Your Number (2011) and Landline (2017) that deal with one-night stands, dilemmas of love-life and eventual marriage or divorce in what’s a very straight approach for a different milieu than ours. For example, here is the female protagonist of What’s Your Number who having slept with 20 men and having even forgotten their names starts looking out for them again to settle in marriage with one them, but would eventually end up with one individual she had not slept with at all, for she despised him ab initio, but who provides all help in the search process! Social dramas would include films like The First Daughter, which as the name suggests portray the dilemma of a growing daughter of a US President in the back drop of media glare.

Films like The Equalizer and The Equalizer II stand out among the action thrillers set in the real world of crime and Mafiosi. Denzel Washington plays an emotional, sensitive but the tough Former Agent MCcall who leads a life of ignominy after the death of his wife, but is forced to take on the underworld in clandestine operations to set free the girls forced into flesh trade or to avenge the death of affable colleagues from secret services. The action genre also throws up some outstanding performances by Jolie, say in Wanted, Salt or in Mr and Mrs Smith! There are others that have encounters with aliens or super strong creatures or visitations to other races on other planets – the fantasy stuff, you know!

Bond repertoire among all is another kind of fare that MNX has been showing regularly. If you were uninitiated, or hadn’t seen much of it before, you would discover how the fare dwells on themes of mostly nuke threats in the backdrop of cold war era, drug cartels or terror in various manifestations, posed by big crime syndicates like SPECTRE or powerful individual psychotics swearing to destroy the world in order to take charge themselves for a so-called “new world order”. Bond’s job then would be to eliminate the threat and the mastermind.

We see how in films from Dr No (1962) to Octopussy (the 1983 film that had the Indian locations and actors like Kabir Bedi and Vijay Amritraj) to Golden Eye (1995) and Casino Royale (2006), the Bond baton is passed from Sean Connery to David Niven, George Lazenby, Roger Moore to Timothy Dalton to Pierce Brosnan and eventually to Daniel Craig post 2006! While MNX has restarted since July 20 another round of Bond fare under its smartly named series Bond Voyage, what you enjoy in the Bond films besides the exotic locations is a pattern of how every antagonist allows Bond some coveted time to give him an exotic death a little later; of which time then Bond makes the best use to destroy the villain’s den and come out victor with the leading lady in his arms, who is many a time a competing agent from Russia or a suitor of the antagonist who turns not only an approver of the mission but also of the irresistible charms of James Bond!!

That brings the happy ending of the blast that a Bond film usually is! Now having said that may we share that the 25th go at Bond adventures No Time to Die which seemed ready for release originally in April this year is ironically waiting for Corona to die!