The Fine Art Patrons from Ahmedabad : In Conversation with Anil Relia and Manan Relia 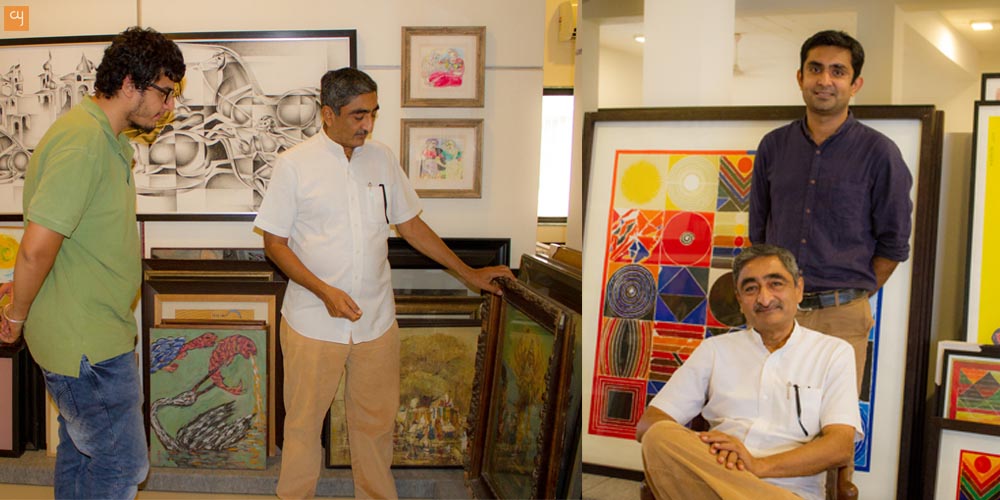 Pioneers of the contemporary art scenario in Ahmedabad, the father-son duo of Anil and Manan Relia share intimate anecdotes about their art collection and vision for Archer Art Gallery, in an exclusive tête-à-tête with Creative Yatra.

Entering the foyer of Archer Art Gallery, we were left awe-stricken as a life-sized Bindu painting by SH Raza gave us a warm reception. The curious feeling of sitting at Gujarat’s richest contemporary art collection amplified when my lens man and I were offered water in glasses incorporating Amit Ambalal’s monkey paintings.

“Everyone was invited to Amit Ambalal’s son’s wedding – MF Hussain, Bhupen Khakhar, Manjit Bawa– and I still remember Manan was quite young at the time, when he took Padmashri artist Gulam Mohammed Sheikh on the backseat of his moped for an excursion,” reminisced art collector and founder of Archer Art Gallery (1978), Anil Relia. And this set the tone for a heartful talk with the Relia’s.

We interacted with the father-son duo at their gallery, which houses over 3000 artworks by some of India’s top-notch artists and sculptors. The author of various books on art, Anil Relia has executed several multi-themed exhibitions, including more than eight culturally rich art shows under the banner of The Indian Portrait.

Today, Anil Relia runs the city’s finest art serigraph printing workshop, but his endeavour wasn’t quite so expansive four decades back. Serigraphy or screen print is an intricate printing technique where ink is spread through mesh onto a substrate to create superimposed printed design of an artwork. And to see that the artists natural strokes and feel should not get subdued in the process of translation is a mastery that is not too common in the world. Today Relia is considered an authority on Serigraphy and many of the Indian contemporary masters trust him with their artworks.

With a smiling face, Relia disclosed his artistic journey, “Since early days I was drawn towards creative collectibles. Long before I incurred a collection of Raja Ravi Verma’s works, I was interested in collecting cloth tags, as a child, and would keep them under my notebooks. It was MS University, my alma mater, which helped me in developing an eye for art and engraved the aesthetics of a graphic designer within me.” 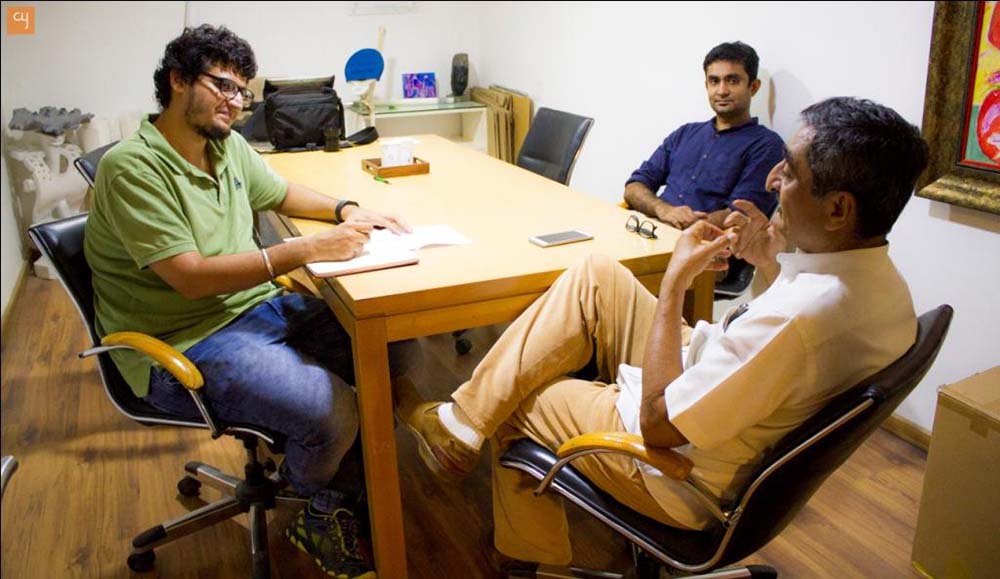 He further shared with us how life lead him to his to-be life long friend Hussain, “From Surat, I moved to Ahmedabad in the 70s with hardly six paintings on my rented apartment wall. I exhibited my artworks in Mumbai, Delhi, Ahmedabad and Surat, but nothing worked out well, and the works were left unsold. In ’78, my financial limitations brought me to the decision to begin a commercial business out of printing. I made wedding invitations, greeting cards, visiting cards, brochures and letterheads, on demand. Soon, the pains I had taken bloomed, and I converted the business into an empire, with more than a staff of 80 working at my workshop simultaneously. But my perspective towards art and life turned upside down when I was introduced to modern art painter MF Hussain by architect BV Doshi in ’94.”

Currently, Anil Relia is serving as the Honorary Director of Amdavad Ni Gufa Art Gallery(created by Architect BV Doshi and Artist MF Hussiain), but back in ’94, when the gallery was still being built in bricks and mortar, “Hussain came up to me as a patron, but unknowingly we developed a beautiful friendship with each other. When I helped in serigraphy of his art works, he saw the fineness in the quality and advised me to start doing professional art screen printing for other painters too.” Hussain often told Relia, “Real art is for museums. The prices will shoot up so high that even I will have to think twice before owning my paintings.” In ’99, Relia became involved entirely in art serigraphy and began preparing serigraphs of paintings by KG Subramanyan, Haku Shah and Amit Ambalal. He has travelled to New York for Hussain’s Madhuri series.

Relia has been in the field of art since more than 40 years now. According to him, “The golden era for Indian art was between 1998 to 2008 since, in those years, auctioneers like Sotheby’s and Christie’s went beyond auctioning minimal Indian paintings to start selling modern and contemporary art. Investors developed a financial infatuation with art, instead of gold and real estate. But only far-sighted buyers, who invested in artworks by the Bombay Progressive Artists’ Group, received the fruit of profit. If I could name it, I would call it a ‘Show Sold Era’, unlike today, when gallerists are happy even if they sell 3-4 artworks during an exhibition.”

Passing of the Baton

Currently, Anil Relia has a humongous original art collection on the first floor of his gallery and a screen print compilation on the second floor, where the extensive works of Hussain, Raza and Raja Ravi Verma have to be viewed from a distance to be captured holistically within your sight. Relia is presently working with modernist artist Jyoti Bhatt, while his son, Manan Relia, is handling all the happenings of Archer Art Gallery.

Though Manan is an IT graduate from the USA, it was during a family visit to Spain in 2009 that Anil Relia noticed an intriguing, yet intricate, intimacy in Manan towards art, especially during a visit to Picasso Museum. He advised the gadget genius to join the family business and take a significant leap of faith – to leave the USA and return to India. “I have Manan to handle all the commercial and marketing responsibilities now. He has proven his efficiency in flourishing the gallery’s art by creating a vast online portal of Archer Gallery,” said the relaxed father while putting a hand on his proud son’s shoulder.

We asked Manan Relia how an uninitiated aesthete should look towards art, to which he answered, “If one doesn’t need to know the ragas and rasa to enjoy the music, then why should art be different? When you keep yourself exposed to variety of visual arts, that’s when you start realising  your choice of art and develop an eye towards it.” While talking during a guided tour with Manan at their present gallery, he shared his vision of ensuing expansion in the near future. He disclosed that the artworks will be shifted to a bigger space near Vijay Crossroads in Ahmedabad by November 2017. It will not only work as an art preserve house for current artworks, but also as a gallery that will host permanent or long-term art displays and Art Awareness programs within its space.

The Relia family constantly looks for innovation in artists and is determined to bring back the ‘Show Sold Era’ in the Ahmedabad Art scene.