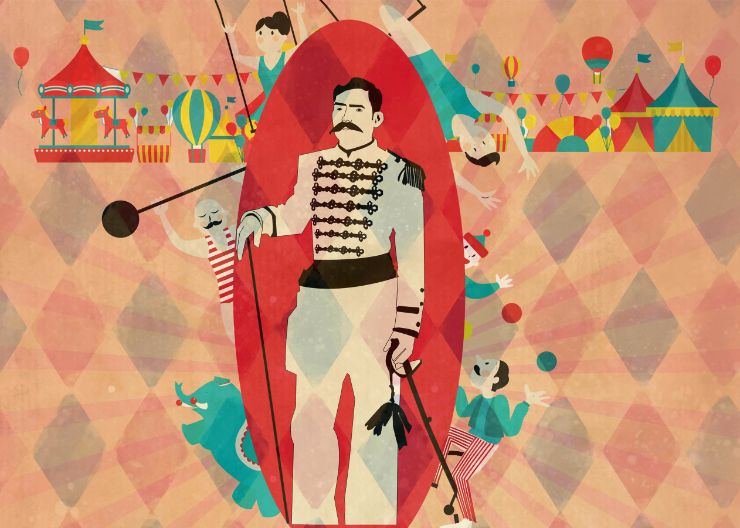 There were turns in the nineteenth century that were quite fluid than our present times. Despairing in the British colonies, stagnant in the public sphere, which was slowly being monopolised by the British, the native sought ways to improve his ways of making it in the outside world. He used both his indigenous acumen and new skills acquired in British educational institutions to excel in ways, which would have been impossible in his own land.

Within these worlds of possibilities, there emerged a Bengali man called Suresh Biswas. He was born into a wealthy family of landlords in the suburbs of Calcutta in Bengal presidency. His future career choices as a Circus wrestler, ringmaster and the zookeeper of the royal family of Brazil and finally dying on the side of the democrats in the civil war, had lasting impressions on the Bengali imagination.

Born into a wealthy family in Bengal in the 1860s, Suresh was sent to Calcutta (the then capital of British India) to study with the Jesuit missionaries for an opportunity to familiarise himself with the new ways of the British raj, where learning English was becoming a sure way to middle-class success. He learnt acrobatics and gymnastics under them instead. At the age of 14, he hid himself in a boat going to England from Calcutta and managed to reach London. He earned his living in London by working in the docks. Little did he know that this life was about to take a sharp turn. Like most circus stories about beginners who did not belong to any circus family, his initiation into the circus arena was also that of chance, courage and coincidence. On a visit to the county of Kent, Suresh came in contact with a travelling circus troupe in the public room of a village inn. When Suresh entered into a conversation with the circus people at the inn, he realised ‘so much so that if Suresh’s own life had not been altogether free from adventures, theirs were full of romantic incidents, hairbreadth escapes, uncomfortable situations etc’ (Upendrakrishna1900:147).

What happened was that the next morning, the first thing he did after his morning meal was to arrive at the circus tent and seek out the manager. When Suresh offered his services as a gymnast and a weight lifter, the manager gave a sly smile and thought that there was no way this slim figured individual could perform feats of strength. Undaunted by the manager’s response, he asked for a trial. This trial would mark him for the rest of his life. The manager summoned the best wrestler in his troupe and a space was cleared for Suresh and the wrestler to compete. The wrestler from the troupe ‘soon found that he was no match for the cool nimbleness of the Indian. In a few rounds Suresh’s superior skill was manifest both to the manager and the members of the troupe who happened to be present’ (Upendrakrishna1900:137). Thus began the circus career of Suresh Biswas, and he was soon to travel to far off lands after satisfying the audiences all around England.

The Era in 1881, London reports: ‘among the beasts are three lions, which leap and perform other acts at the bidding of their keeper, Suresh Biswas, who enters their cage. This exhibition, which takes place frequently, attracts great attention, and this daring young Hindoo master of the king of beasts is loudly applauded for his display of temerity’.